Nicolas Jarry records the first Top 10 win of his career over Dominic Thiem in the Hamburg quarter-finals on Friday.

Chile’s Nicolas Jarry recorded the biggest win of his career on Friday for a place in the semi-finals of the German Tennis Championships 2018 presented by Kampmann. The 22-year-old Jarry knocked out Dominic Thiem 7-6(5), 7-6(7) for his first victory over a member of the Top 10 in the ATP Rankings (1-1 lifetime).

World No. 69 Jarry recovered from a 3-5 deficit in the first set and saved three set points from 3/6 down in the second set tie-break for victory over No. 8-ranked Thiem, one of the best clay-court performers on the ATP World Tour in recent years.

“It was a great match for me and means that I am into my second [ATP World Tour] 500-level semi-final,” said Jarry. “It’s also my first Top 10 win and I’m really pleased, as I’ve been practising and training well. I didn’t serve as well as I’d like to, but I stayed focused in spite of being broken when up.”

Jarry entered the season with just five tour-level wins, but has now won 19 matches in 2018 (19-14). He will next face qualifier Nikoloz Basilashvili, who ousted third-seeded Spaniard Pablo Carreno Busta 7-6(3), 6-4.

"I played today really well again. I'm feeling really well on court, moving around really good. My energy is up there. I'm controlling my emotions, which is most important," Basilashvili said. "I'm really enjoying being on court. I'm looking forward to playing a great match in the semis."

Thiem, who is currently in sixth position in the ATP Race To London for a spot at the Nitto ATP Finals in November, is now 38-12 on the season. He has won two ATP World Tour titles — at the Argentina Open (d. Bedene) and the Open Parc Auvergne-Rhône-Alpes Lyon (d. Simon) — from four finals (Mutua Madrid Open and Roland Garros) this year.

Leonardo Mayer got the better of fellow Argentine Diego Schwartzman to keep alive his bid for a third trophy in Hamburg. Mayer knocked out second seed Schwartzman 6-3, 4-6, 6-3 in two hours and 14 minutes for a place in the semi-finals. The deciding set featured six breaks of serve, but it was 2014 and 2017 champion Mayer who gained control for his 18th victory of the season.

Schwartzman, who lifted the biggest trophy of his career in February at the Rio Open presented by Claro (d. Verdasco), falls in the Hamburg quarter-finals for a second time (also 2014). Mayer goes on to play Slovakian qualifier Jozef Kovalik, who overcame qualifier Thiago Monteiro of Brazil 3-6, 6-3, 6-2 earlier in the day. 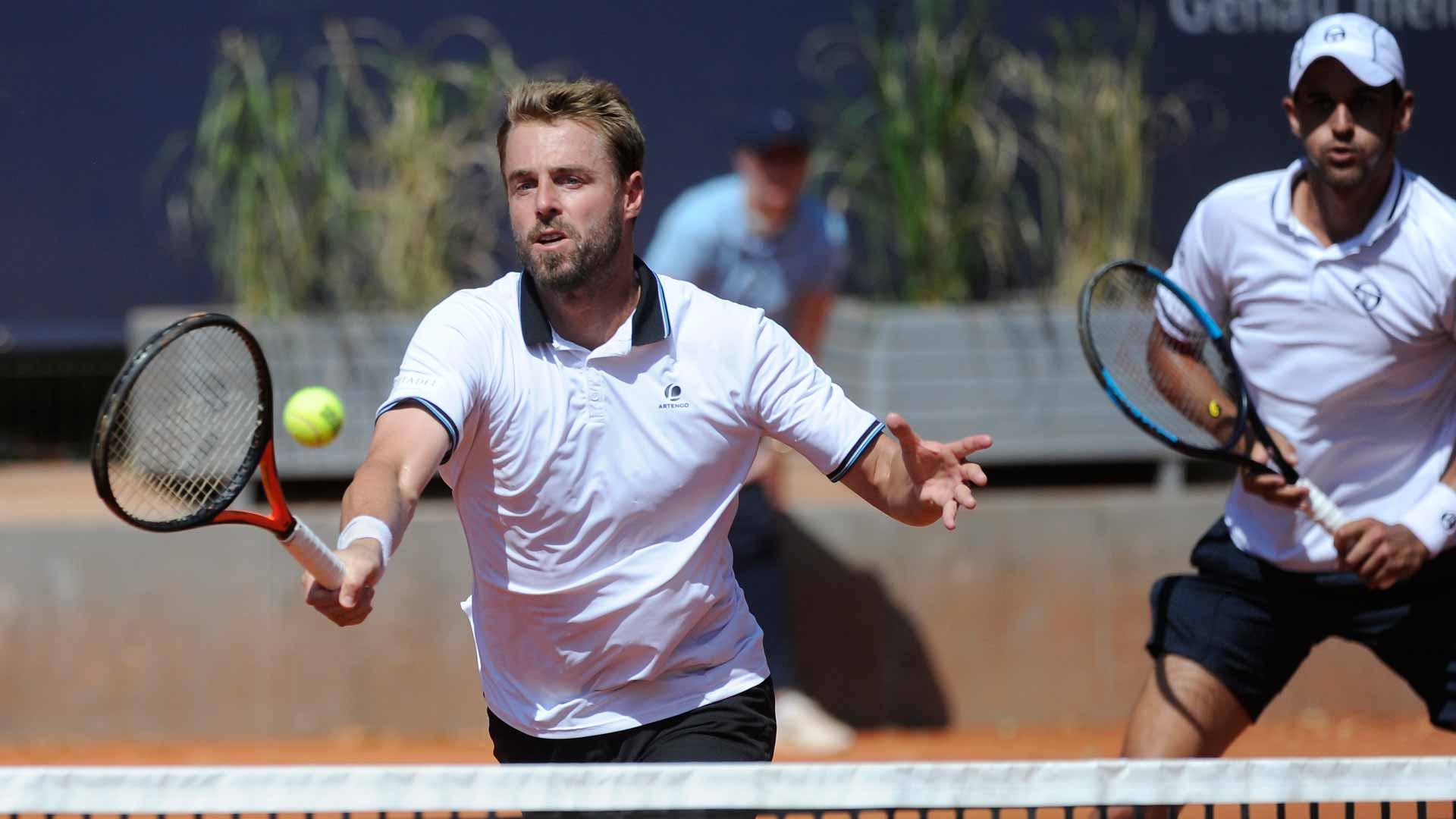 Julio Peralta and Horacio Zeballos will take on Ben McLachlan and Jan-Lennard Struff in the other semi-final on Saturday. Peralta and Zeballos edged their quarter-final against fourth seeds Pablo Cuevas and Marc Lopez 6-7(10), 6-4, 10-8 in two hours.