Call it a ‘Daniil Domination’.

Auger-Aliassime walked on court with plenty of confidence after defeating two-time Nitto ATP Finals champion Alexander Zverev on Thursday evening in a three-set thriller. But Medvedev frustrated the Canadian with his all-court game and cruised on serve to triumph after 69 minutes.

“It was really tough for me until 4-3 in the first. I actually thought, ‘How can I actually break his serve?’ He was serving just aces, playing good, so I knew I just had to stay in the match, try to do what I can, what’s possible against his big game," Medvedev said. "He definitely started to play a little bit worse and I managed to use it, and that was the key today.” 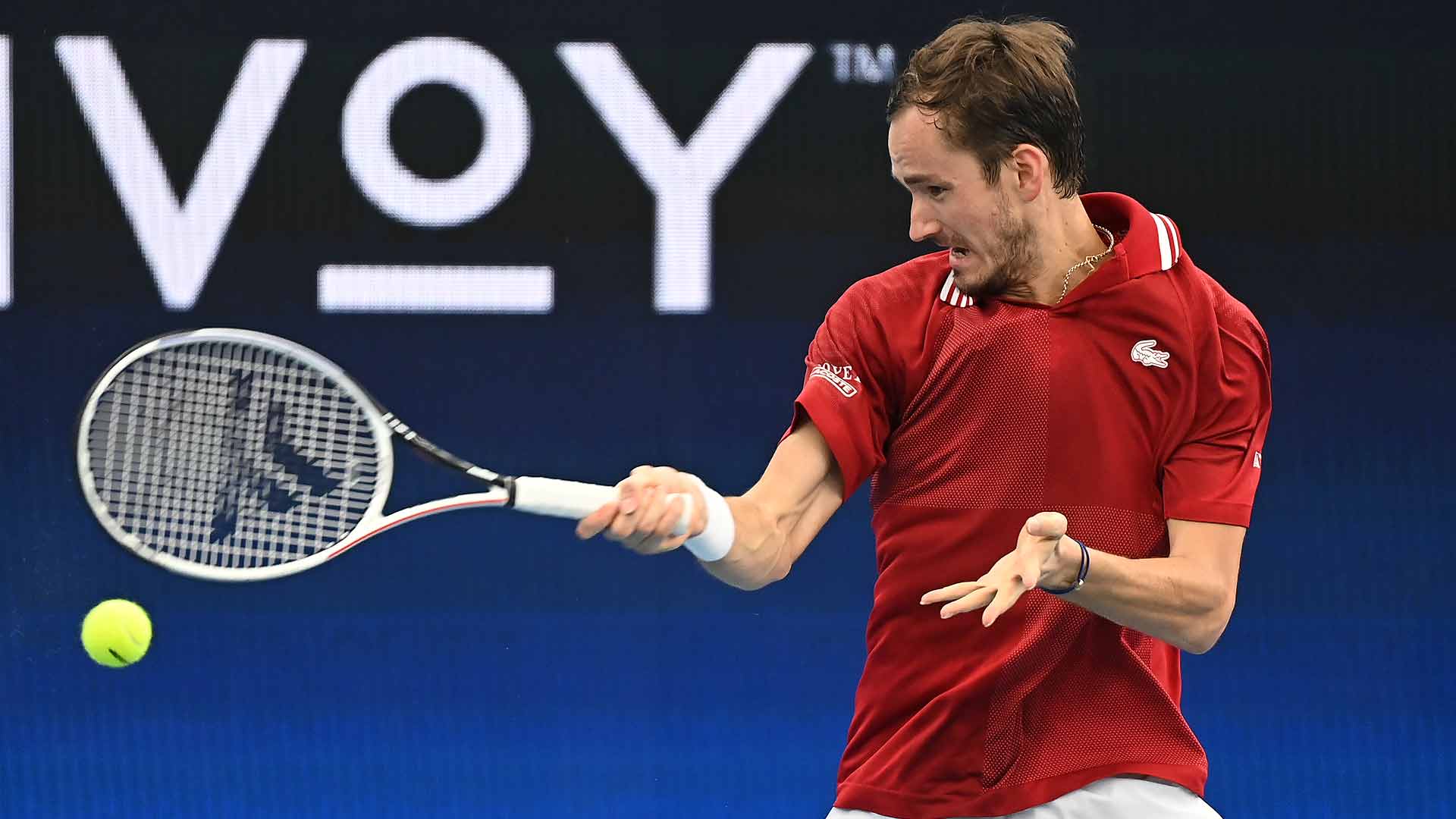 Photo Credit: Peter Staples/ATP Tour
The Canadian started well and used his big serve to control points. But once he slapped a forehand into the net at 4-4 to give away the match's first break, his game began to unravel.

Medvedev played from well behind the baseline and forced Felix to go for more on his shots to finish points. The 21-year-old struggled with his shot selection, which led to more unforced errors. And with the Russian winning 88 per cent of his first-serve points and going through the match without facing a break point, that left little room for Auger-Aliassime to claw back.

Medvedev now leads Auger-Aliassime 3-0 in their ATP Head2Head series. They last met in the semi-finals of the 2021 US Open at Flushing Meadows.

Denis Shapovalov kicked off the tie with a thrilling three-set victory over Russian “secret weapon” Roman Safiullin. Pending potential lineup changes, Medvedev and Safiullin are scheduled to face Auger-Aliassime and Shapovalov in the deciding doubles. Both of those teams have won at least one deciding doubles this week.

“I feel like in one match anybody can win,” Medvedev said. “In one doubles match anything can happen, so we need to stay focussed, we need to be good and hopefully we can do it.”