Daniil Medvedev's best result at the Australian Open came in 2019, when the Russian reached the fourth round.

Medvedev: ‘A Good Australian Open Is To Win It’

ATP Staff
This article contains:
World No. 4 begins his Melbourne campaign against Tiafoe

Daniil Medvedev entered the 2019 Australian Open as the No. 19 player in the FedEx ATP Rankings. The Russian had won an ATP 500 title, but never advanced past the Round of 16 at a Grand Slam or ATP Masters 1000. What a difference a year makes.

Now, World No. 4 Medvedev is arguably the biggest favourite outside of the Big Three to lift the trophy in Melbourne.

“[A] good Australian Open is to win it. But if you ask me what I'm going to be happy about, it always depends of course who you play, who you lose to,” Medvedev said. “But I would say I will be happy with quarters. As I always say, for me the first goal is to win it step by step. If I'm in [the] quarters, I'm not going to be there and say, ‘Okay, I've done my goal, it's enough for this tournament.’ Any tournament I play, I want to win it.”

Medvedev won his first two ATP Masters 1000 titles in 2019, and he also reached his first major final at the US Open. In Flushing Meadows, the Russian came from two sets down to force a fifth set against Rafael Nadal, ultimately falling short in the decider. Medvedev, who led the ATP Tour last season in tour-level wins (59) and finals (9), blossomed into a star. In New York, he was being recognised on the street.

“I think it's normal. It's part of the job, of the success of any sportsman in any sport. But especially, of course, in New York like the next day, I had to wear a hoodie, sunglasses, still people recognised me. I would look at myself in the mirror [and think], ‘How can you recognise me? I cannot recognise me.’”

You May Also Like: Medvedev, Tiafoe Among Five Must-See First-Rounders At The Australian Open

His improved tennis is speaking plenty loudly for him, but Medvedev is the same guy off the court.

“I just try to be the same with my close friends, my family. I don't change,” Medvedev said. “I still play PlayStation, watch some series, cinemas, go out to dinner. That's how you stay normal.”

Medvedev is hoping that in 2020, he could continue to thrive against the best players in the sport. Although he has not beaten Nadal or Roger Federer, he has defeated Novak Djokovic, Dominic Thiem, Stefanos Tsitsipas and Alexander Zverev.

“The more times you play them, the more you know where you are comparing to them,” Medvedev said. “For example, [the] match in the ATP Cup [against Djokovic], Novak was kind of all over me. I managed to get back, almost win the match. He still won it. They won the whole ATP Cup. But I felt I was really close. Matches like this gives you confidence to see that you're able to do it, but it's really tough.”

One loss against Nadal stung in particular. In round-robin action at the Nitto ATP Finals, Medvedev led the Spaniard 5-1 in the third set, holding a match point in that game. But Nadal rallied to beat the 23-year-old.

“The moment you lose the match, you think it's going to stay with me for 10 years, I'm going to remember it when I finish my career. Then in two weeks, you have… not new tournaments, but pre-season. You have new goals for 2020. You think about ATP Cup and Australian Open. You get over it.

“The bad thing about it is when you win a Masters 1000 or something, you have a match next Monday. Nobody already cares that you won it. That's how tennis is. I find it good.” 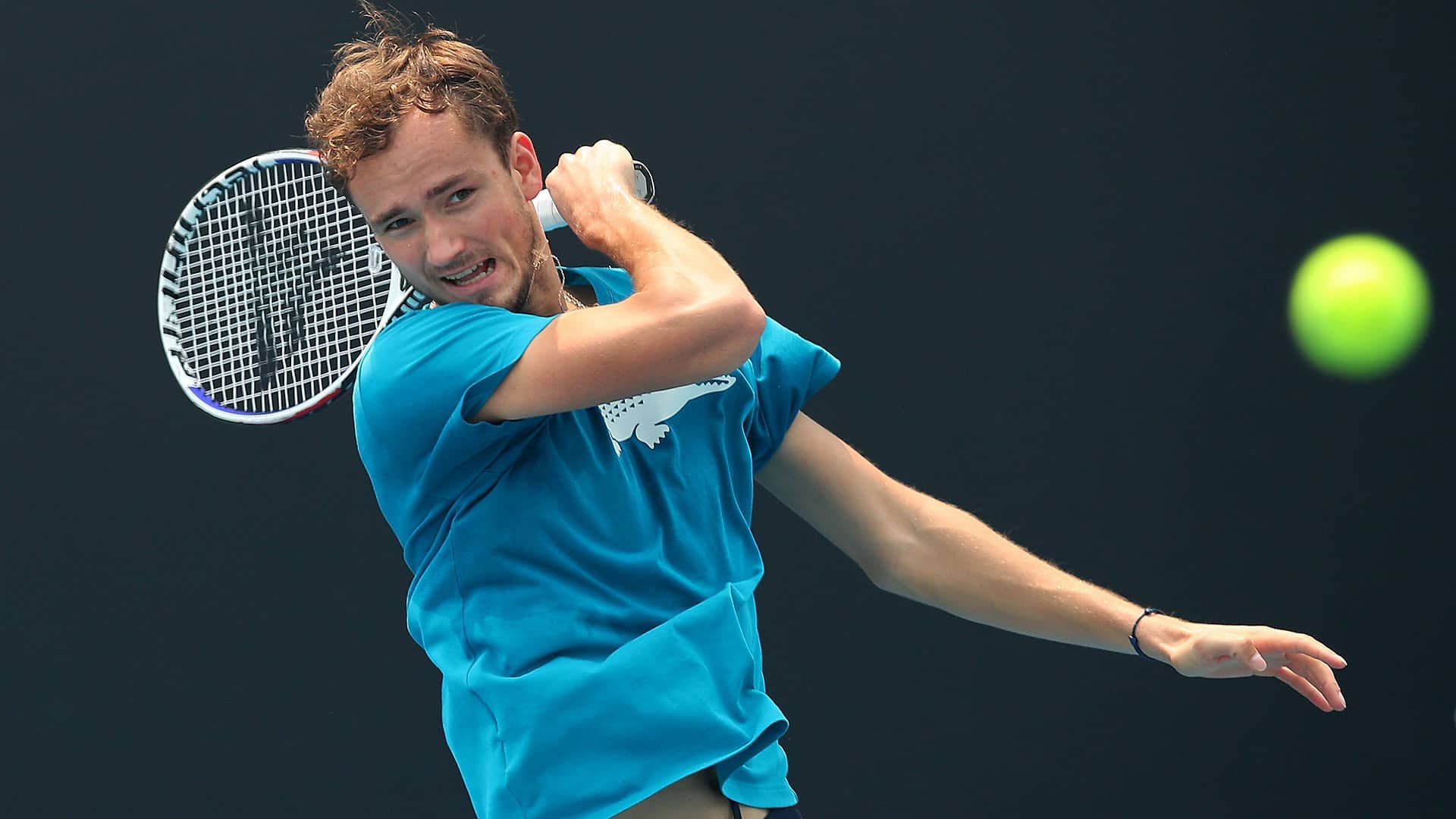 After a torrid stretch from August until October, during which Medvedev reached the final at six straight tournaments he played, Medvedev cooled off, losing four straight matches to finish his season. But the seven-time ATP Tour champion didn’t get too down on himself, and he started 2020 on a good note by winning four of his five singles matches at the ATP Cup, with his only defeat coming against Djokovic in a final-set tie-break.

“Some moments you can say to yourself maybe it was two good months of your career, two best months, then you’re never going to get your tennis back,” Medvedev said. “The most important is to go back out to practise, just to try to do your best, to try to hit the balls good. As I see, it's going to come back.”

Medvedev hopes to leave Melbourne with his first major title. But all of his focus is on his opener against fellow Next Gen ATP Finals alumnus Frances Tiafoe, whom he defeated in straight sets at the Citi Open last year.

“It’s a great matchup,” Medvedev said. “He was in quarters here last year, again super motivated. But I think it's going to be a great match. Of course, I want to do my best to win it. Hopefully I can show some good tennis. Like this, I'm going to have my chances.”