ATP Staff
This article contains:
World No. 1 faces Kecmanovic next

It was smooth sailing for Daniil Medvedev in the beach town of Los Cabos on Thursday, as the World No. 1 eased into the semi-finals of the Abierto de Tenis Mifel.

After earning his 250th match win in the opening round as he found his footing back on the hard courts for the first time since March, Medvedev reached a new gear in his debut at the ATP 250 with a 6-2, 6-2 victory against Ricardas Berankis.

"It was very different," Medvedev said, comparing the match to his opening victory against Australian qualifier Rinky Hijikata. "My opponent [today] played very different, much more aggressive. To be honest, against that type of player sometimes you don't have much to do. Just try to serve well, bringing the balls back in the court.

"That's what I managed to do. He missed a little but too much today and that was enough."

Medvedev dropped just three points on first serve, but made fewer than half of his first deliveries in the one-hour, 19-minute contest. He saved two break points in the opening set and had to navigate through a two-deuce service game midway throughout the second before sealing victory with his eighth ace.

Sealed with an ace! 👀@DaniilMedwed takes out Berankis 6-2, 6-2 to advance to the semi-finals in Los Cabos! @AbiertoLosCabos | #ATC2022 pic.twitter.com/5q3C7FhqnT

The 26-year-old is two wins away from his first title of 2022, and one win away from securing his place atop the Pepperstone ATP Rankings until after the US Open, where he will be defending 2,000 points as the reigning champion.

"I like playing on hard courts. I'm playing great here so far," Medvedev said of his confidence level. "Of course the further you go, the tougher the matches, the tougher the opponents, more pressure. But that's what we like and I'm looking forward to tomorrow." 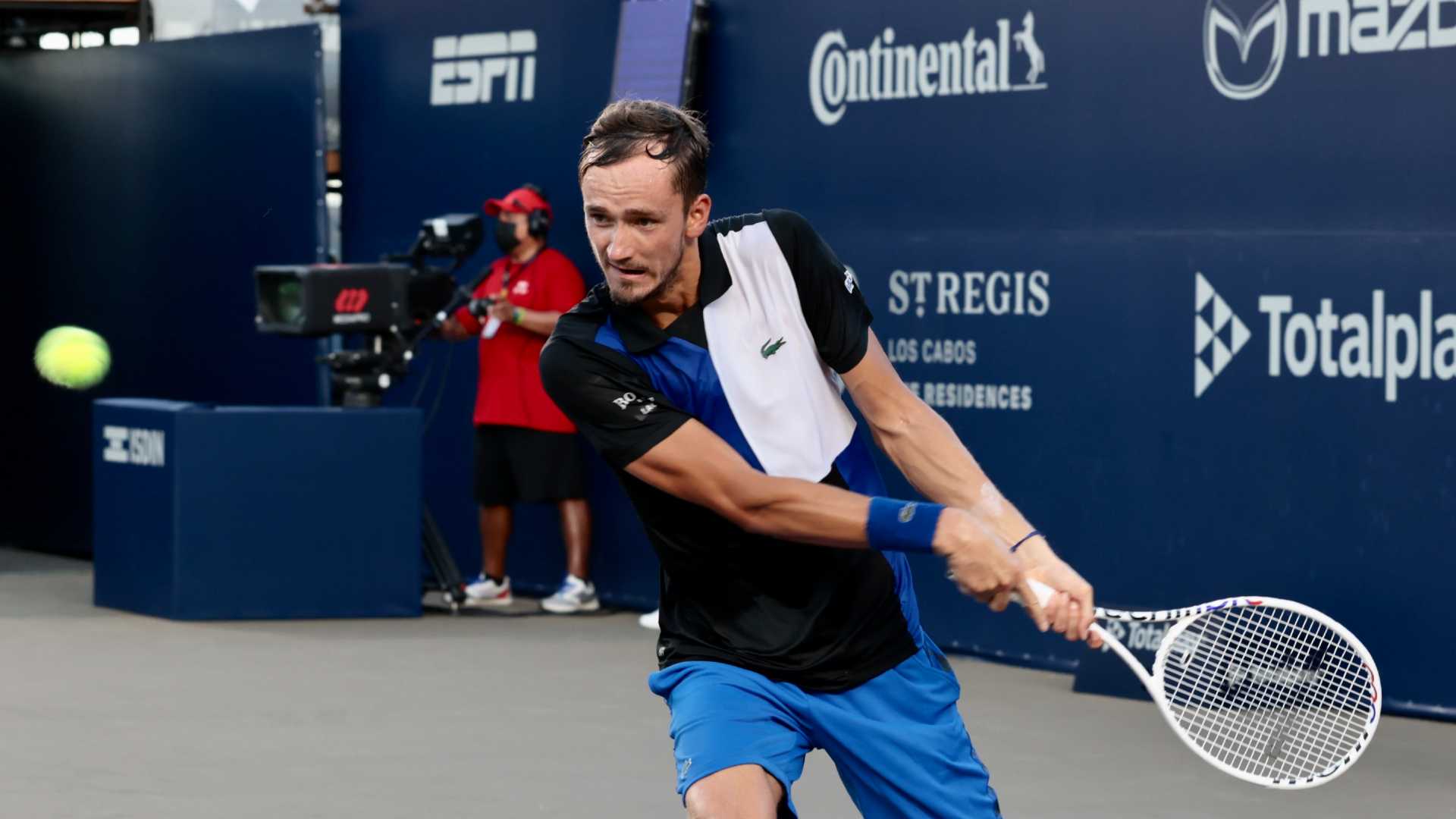 Fourth seed Miomir Kecmanovic will be his semi-final opponent after the Serbian scored a 6-2, 6-4 win against Brandon Nakashima earlier on Thursday. Kecmanovic boats a personal-best 29 match wins this season, including a 14-4 mark on hard courts. He is seeking his first tour-level final of the 2022 season as he prepares to play his second semi-final (Munich).

Medvedev won the lone previous ATP Head2Head matchup between the pair 6-2, 6-4, 6-2 this year in the Roland Garros third round.