Courier On Medvedev's Movement: 'Never Seen Anything Like It'

Daniil Medvedev has made it clear that when in form, he can beat anyone on the ATP Tour. But why is the Russian such a difficult foe?

The defending Nitto ATP Finals champion does not have a serve like John Isner, a forehand like Rafael Nadal or a backhand like Novak Djokovic. None of his strokes look like what you would find in a textbook, either. But according to former World No. 1 Jim Courier, the 6’6” right-hander has a tool the American has never seen before: his movement.

“Never seen it. Never seen anyone that tall be able to cover the court that well,” Courier said. “[Alexander] Zverev and I think Daniil are kind of in that same category of just [being] unbelievably long and unbelievably stout defensively.”

You May Also Like: For Medvedev, Confidence Is King

That is not to say Medvedev camps behind the baseline all match and chases the ball around the court. The Russian has a mix of skills that flummoxes opponents.

“He’s an interesting combo because he’s got a gigantic serve, one of the best first serves in the game, and he can also crank his second serve. But then once you get in a rally with him, his defence is amazing,” Courier said. “He covers the court so well from the back of the court. He can play offence, but his defence for me is really what separates him, his ability to make the court feel really small for his opponents.”

Medvedev stays back when necessary and shrinks the court. However, do not be surprised when he takes advantage of short balls and plays aggressively himself to make players uncomfortable.

“He’s still one of the rare guys where if you give him a short ball, he might back up instead of come to the net,” Courier said. “But he doesn’t hit from 25 feet behind the baseline on the return of serve and then stay back there all the time. He’ll come back up to the baseline and take time away from his opponents.” 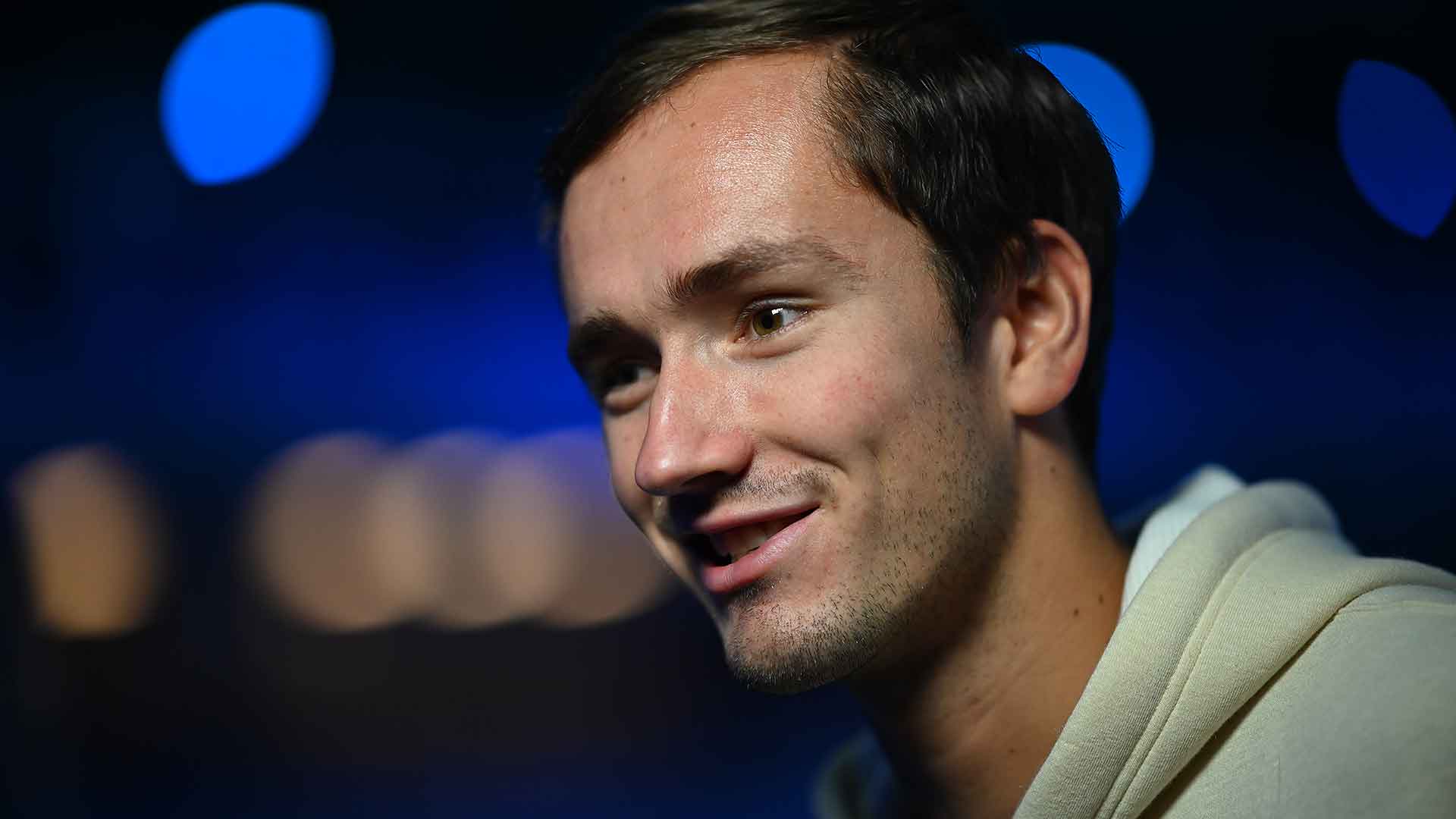 Photo Credit: Corinne Dubreuil/ATP Tour
For all of those reasons and more, beating the World No. 2 is a daunting challenge. But he was not necessarily pegged to be in this position a few years ago.. As recently as August 2018, he was outside the Top 50 of the FedEx ATP Rankings.

“[Daniil] and [coach] Gilles Cervara have done a great job at rounding out his game. His volleys have improved. They’re still not great, but they’re much better,” Courier said. “He has figured out where to stand on the court, so that’s changed over time, where he defends from and how he gets back on top of the baseline.

“There has just been constant development with them and then the confidence from winning all the matches is translated to more and more wins.”

What makes Medvedev even more dangerous is that his confidence is soaring. At the US Open, he lifted his first major trophy with a stunning straight-sets victory against Djokovic in the final, ending the Serbian’s Grand Slam dreams. The 25-year-old also made the Australian Open final this year and claimed an ATP Masters 1000 title in Toronto.

“It’s massive. What a gamechanger for him to know that he can win a tournament like that [at the US Open], especially given what was on the line for Novak. To be able to play that level of tennis in that moment, too [was impressive],” Courier said. “In Australia, he seemed like he was primed to do something pretty good, but he played a pretty poor match in that one. That’s got to feel especially sweet, to come good in that one [in New York].”

Medvedev has so many tools to win with, that an off day in some areas does not necessarily make for a disaster. So what does Courier believe must be done to defeat him?

“I think you’ve got to be patient. That’s the thing that you have to be with him,” Courier said. “You’ve got to bide your time because what might look like an opening isn’t necessarily one, because he’s able to close the gap so quickly and then play great shots in tough positions.”