Daniil Medvedev moves into the third round of the US Open without dropping a set.

Medvedev Marches On At US Open

You wouldn’t know it from his lack of on-court emotion, but Daniil Medvedev has plenty of reasons to be happy about his tennis so far at the US Open.

The third-seeded Russian scored a clinical 6-3, 6-2, 6-4 win on Thursday against Christopher O’Connell to reach the third round. Last year’s runner-up (l. to Nadal) hasn’t dropped a set or his serve in his first two matches.

"The biggest positive is that I won in three sets. Late match, so I didn't want to finish too late," Medvedev said on court after the match. "Great level [and] he's not an easy opponent... I'm happy with my perfomance to go through."

You May Also Like: Berrettini Hits Shot Of The Tournament Contender In US Open Win

Medvedev was fully focussed throughout his battle with O’Connell in Louis Armstrong Stadium. Not even a brief delay to close the roof due to rain or the Aussie receiving medical treatment on his right leg at 4-1 in the second set could disrupt his concentration. Medvedev saved both break points he faced and racked up 17 of his own, converting on four to advance in two hours and 16 minutes.

Awaiting him in the next round is American wild card J.J. Wolf, who continued his dream Grand Slam debut by defeating Roberto Carballes Baena 6-2, 6-4, 6-3. Wolf, No. 138 in the FedEx ATP Rankings, picked up two ATP Challenger Tour titles to begin the year, but hadn’t won a tour-level match prior to this week. He qualified for his first ATP Tour main draw last week at the Western & Southern Open. 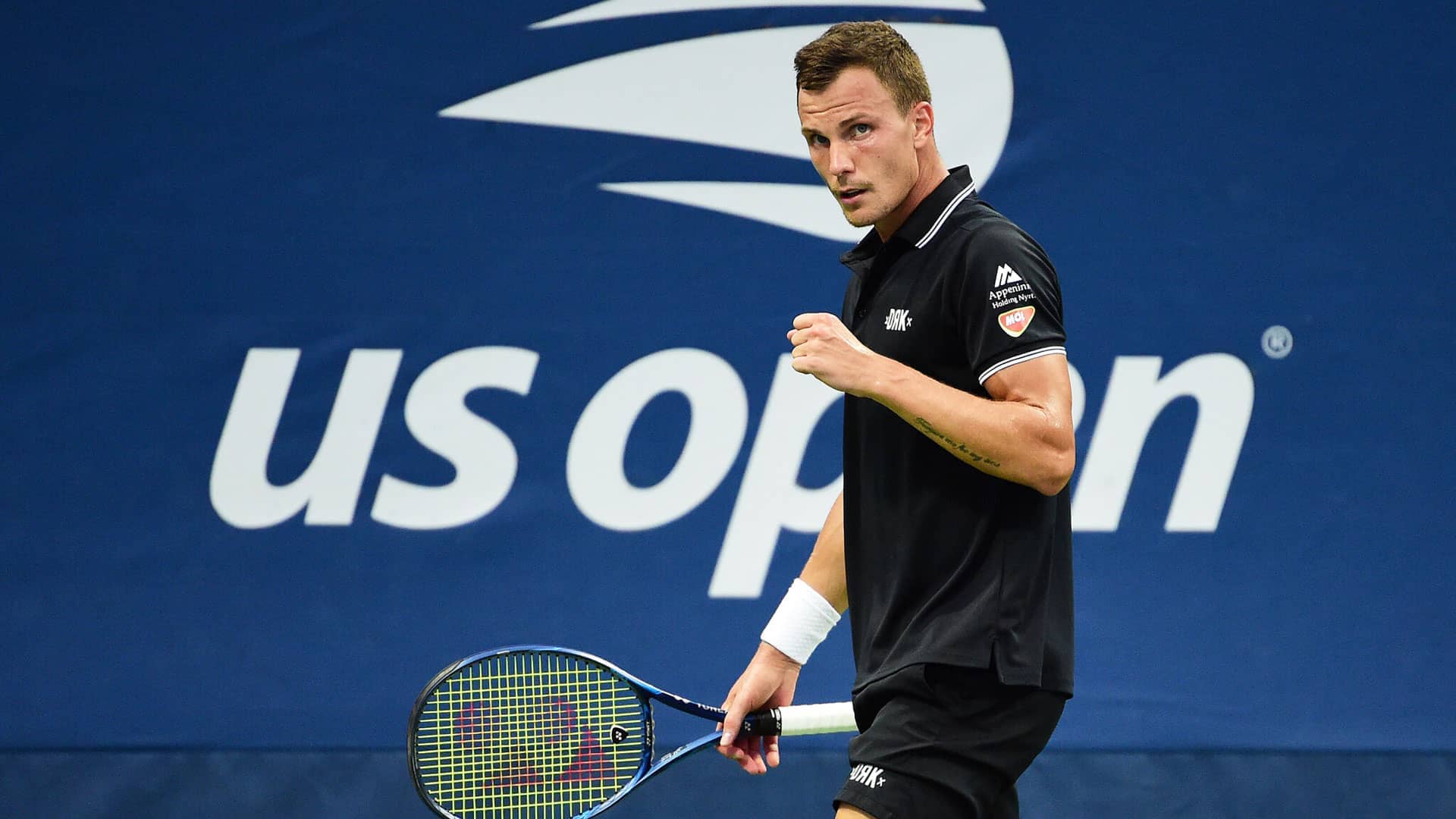 Last year’s US Open semi-finalist twice served for the second set and couldn’t convert four set points at 5-4, enabling Fucsovics to eventually level the match. Dimitrov also twice led by a break in the fourth set and appeared on track to prevail. But the Hungarian continued to scamper across the baseline and track down Dimitrov’s deep groundstrokes, eventually wearing his opponent down. Fucsovics grabbed nine of the last 10 games to prevail in four hours and 50 minutes.

Fucsovics holds a 2-0 record against Tiafoe in their ATP Head2Head series, including a three-set win this January in Doha.