Daniil Medvedev won 43 per cent of his return points against Novak Djokovic in his victory on Wednesday at the Nitto ATP Finals.

Daniil Medvedev's 6-3, 6-3 win against Novak Djokovic on Wednesday evening at the Nitto ATP Finals came down to a tale of two return strategies.

According to the ATP Infosys Second Screen, Djokovic returned from much closer to — and sometimes inside — the baseline than the Russian, a decision that proved costly for the Serbian. Medvedev put far more returns in play, helping him clinch the top spot in Group Tokyo 1970.

Djokovic's low returns-in-play percentage put a lot of pressure on him in rallies, forcing him to win many of those points against an opponent in Medvedev who refused to miss.

You May Also Like: How Thiem Broke His Own Patterns To Beat Nadal

Looking at the ATP Infosys Second Screen, Djokovic returned Medvedev's first serves from an average of 1.8 metres behind the baseline, giving him little time to react to the Russian's pinpoint deliveries. He only put 50 per cent of his first-serve returns in play and won 21 per cent of points behind Medvedev's first delivery. 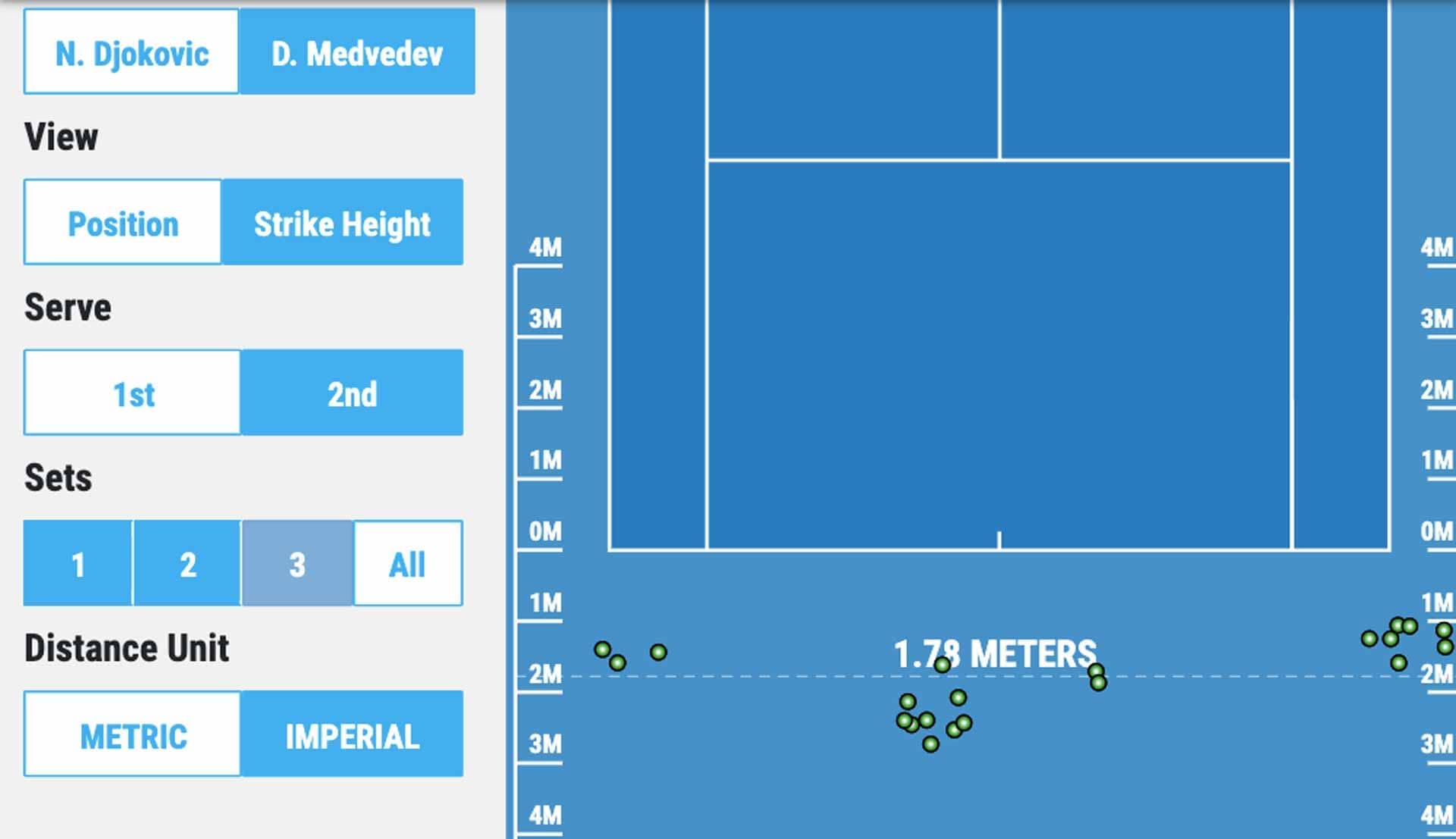 "I'm definitely happy that he didn't change [his return position], but not sure that if he would [have] changed it [that] it would [have been] better for him," Medvedev said. "When you're in the tennis match, it's tough sometimes to change something, because that's something he has done all his life. That's something he's good at. So imagine he would go back [deeper in the court to return] and then lose the match, then he would be doubting in his head — I say [that] from my point of view — that maybe he should have stayed closer and maybe he would have had chances.

"It's always a game of decisions, tennis, and we will never know if it was a good one from him or not." 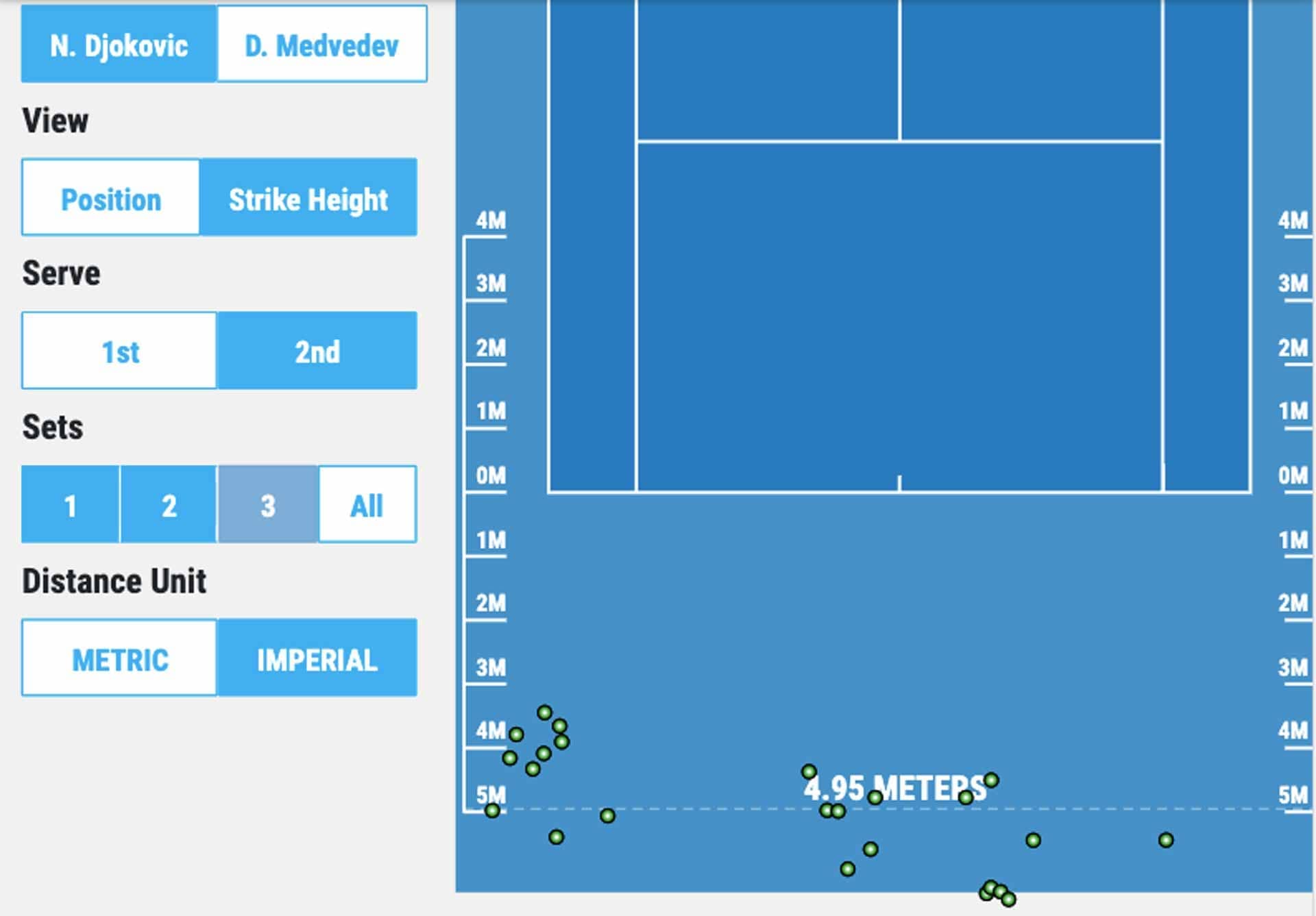 The three-time ATP Masters 1000 champion hit his second-serve returns from an average of 3.8 metres behind the baseline and won 57 per cent of those points. 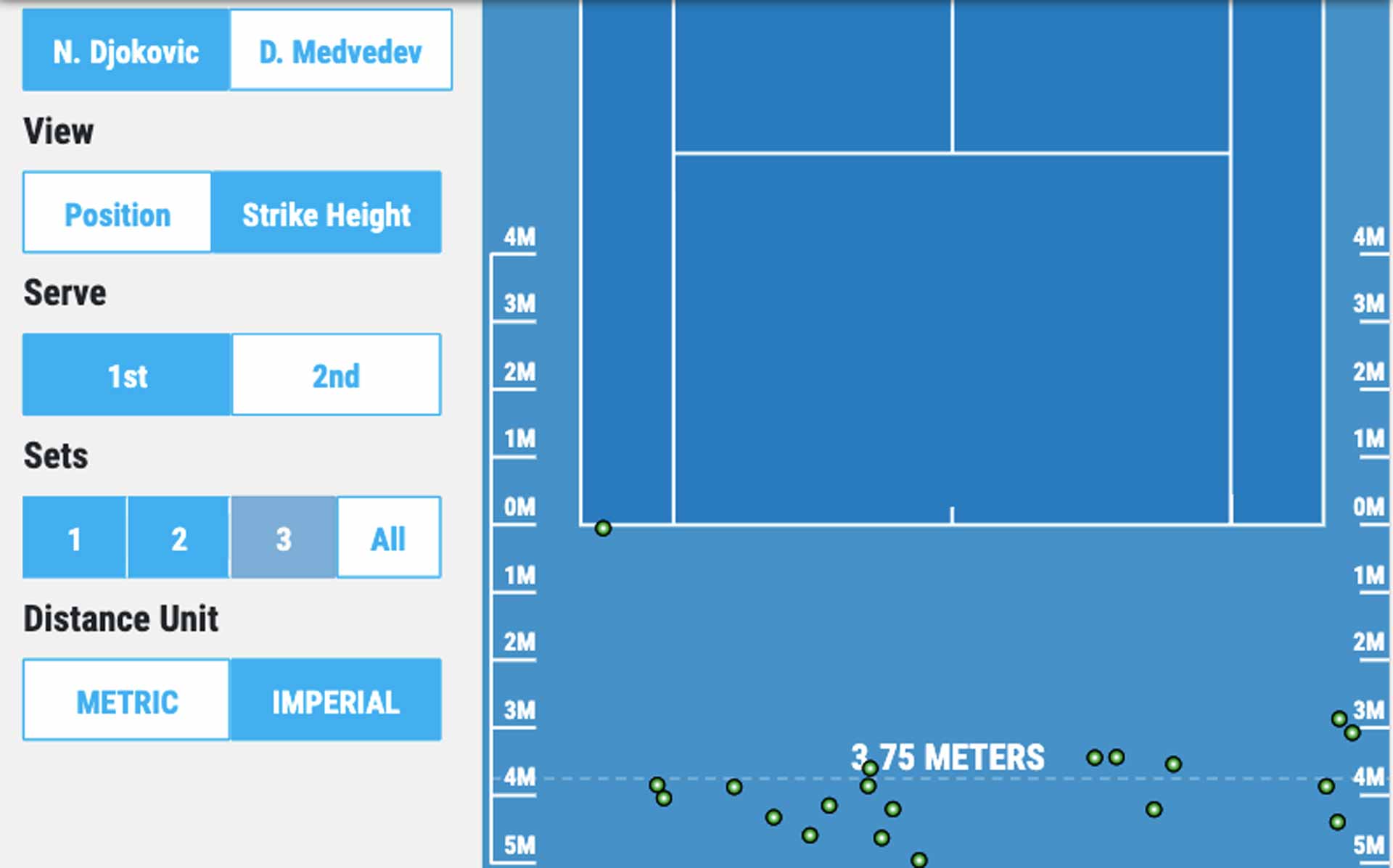 According to Hawkeye, Medvedev hit 40 per cent of his shots in the match from two metres or more behind the baseline, but his safe tactics paid dividends. The Russian's wall-like game plan frustrated the World No. 1, who fell to 1-1 in Group Tokyo 1970 play.

Medvedev won all three rally lengths according to Match Insights powered by Infosys NIA. About half of the match's points lasted between zero and four shots, making the return — and from where the players hit it — even more important.