Daniil Medvedev celebrated his coming rise to World No. 2 one day early Sunday with a 6-4, 6-7(4), 6-4 victory against Pierre-Hugues Herbert in the Open 13 Provence final.

The Russian fired 13 aces and saved four of the five break points he faced to lift the trophy after two hours and 11 minutes. Medvedev will overtake Rafael Nadal on Monday to become the first player outside of the Big Four to occupy the No. 2 position in the FedEx ATP Rankings since Lleyton Hewitt in July 2005.

“I am really happy,” said Medvedev. “I knew that I would become No. 2 no matter what on Monday… It is always better when you step up the Rankings when you do something great. I know that winning here didn’t give me the points to become No. 2, but it is great for the self-esteem that just before becoming No. 2 on Monday, I win a tournament.”

You May Also Like: Glasspool/Heliovaara Claim Maiden ATP Tour Crown

This is Medvedev’s 10th tour-level triumph. The World No. 3 has claimed six of those trophies at indoor hard-court events, which includes the biggest title of his career at last year’s Nitto ATP Finals.

“I am really happy about the number 10. It gets me to two digits, something which I dreamt of when I was a kid,” said Medvedev. “I think it is already a great number, but I am going to try to work more and get some more… I really like to play on hard courts. I feel like that is where my game suits me the best. I feel like I know the solutions I have to find during the match and that is what I did today.” 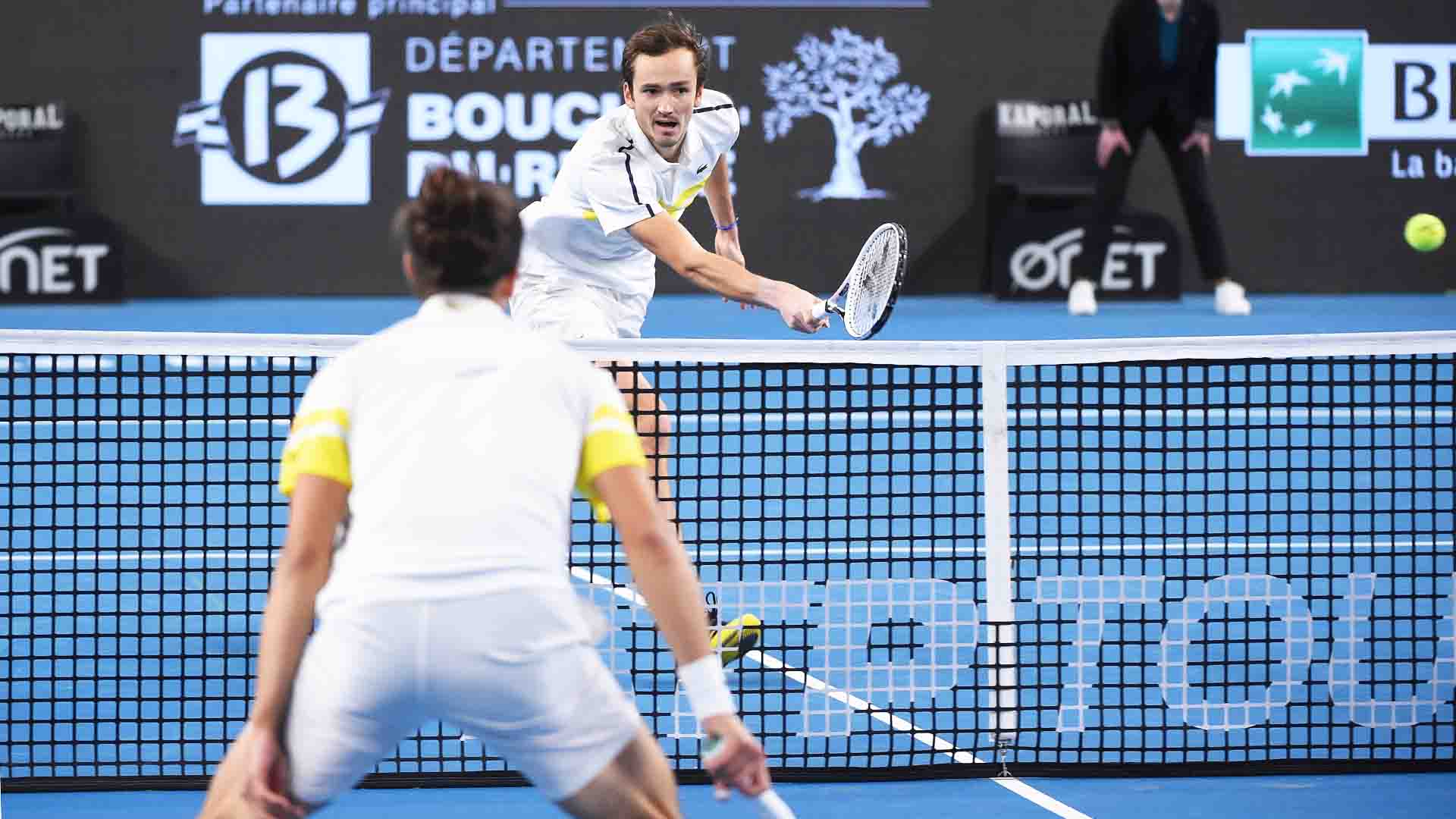 Medvedev improved to 14-2 this year with his second win in three ATP Head2Head encounters against Herbert. Last month, the Moscow native won all four matches he played to lead Russia to the ATP Cup title (d. Italy) and he also reached his second Grand Slam final at the Australian Open (l. to Djokovic).

“Pierre-Hugues can play unbelievable tennis. I know what he is capable of,” said Medvedev. “I played a lot of tough matches with him, especially when I lost in the Roland Garros first round. Today was a tricky, tough match and I am really happy that I managed to be on top and get the win.”

As he has throughout the week, Herbert attempted to shorten rallies with regular net approaches. In the first set, Medvedev picked his targets well to extract volley errors and fire backhand passing shots. The top seed converted his first set point with another backhand winner down the line.

Medvedev served with power and benefitted from Herbert forehand errors to save three break points in the early stages of the second set. However, the Frenchman found his best level when he needed it most in the tie-break. From 2/4, the 29-year-old proved the more consistent player from the baseline and he also continued to charge the net to upset Medvedev’s rhythm, win five straight points and reach a third set.

In a tight third set, one loose service game decided the outcome of the final. Medvedev kept his returns low at 5-4 and capitalised on four net errors from his opponent to clinch the title. 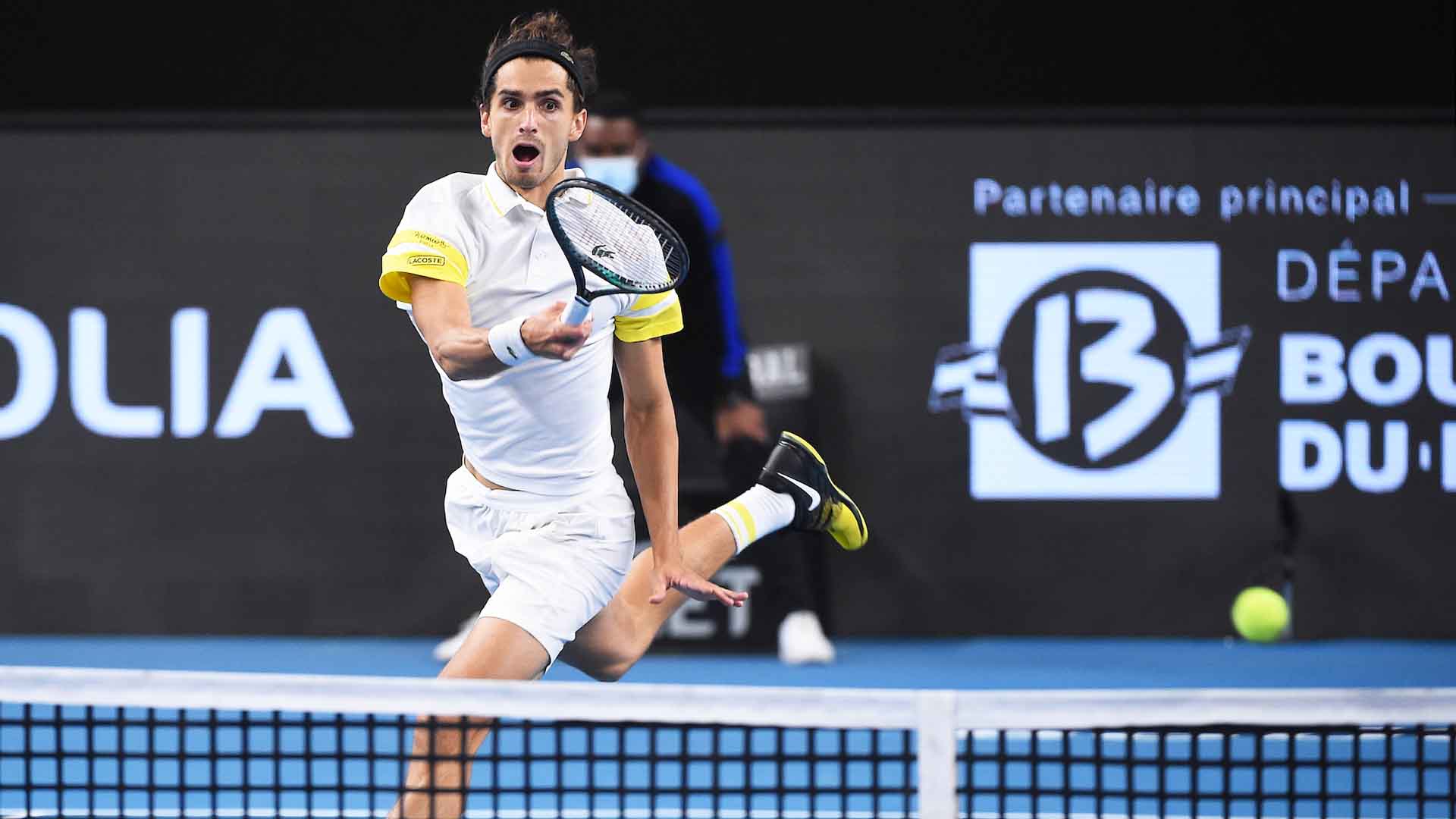 “It has been an incredible week. I played five really high-level matches. This is what I am proud of,” said Herbert. “I lost to someone who was just better [for] the full match. I managed to hold on and have a chance to win in the third set, but he was just too good.”