Playing in his first match since June and making his debut at the Abierto de Tenis Mifel, Daniil Medvedev eased back into competition with a 6-4, 6-3 result against Australian qualifier Rinky Hijikata.

The World No. 1 earned his 250th match win as he returned to his favoured hard courts for the first time since his run to the Miami quarter-finals in March.

"Somebody told me this a few days ago at media day, otherwise I would not have known," Medvedev said of the reaching the 250-wins landmark. "That's probably a milestone in a way. For sure I want more victories but that's also nice to have 250. We'll try to get more." 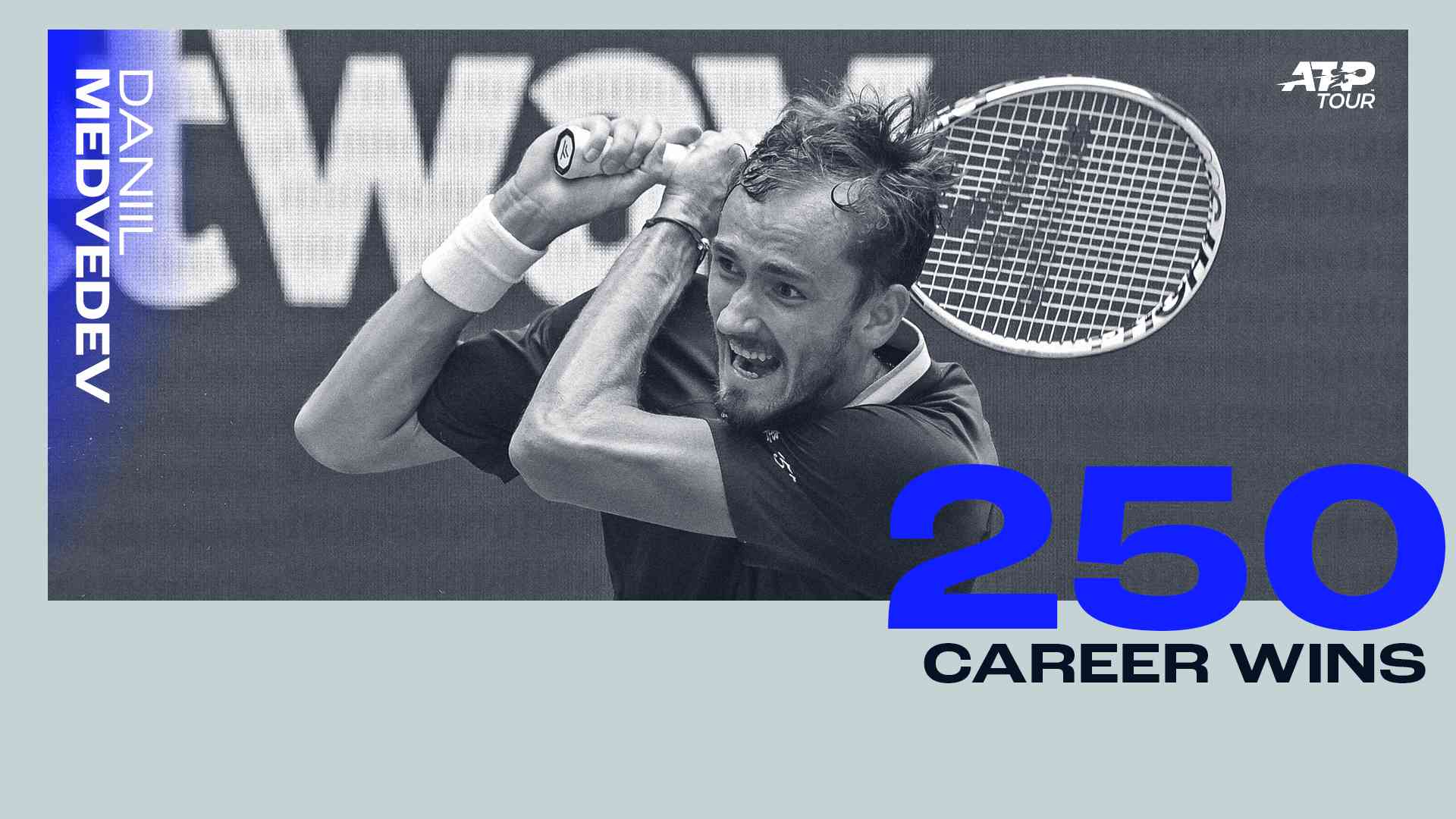 Medvedev secured his first break of the match to seal the opening set as he settled in on the Los Cabos stadium court, then converted on his fifth break point of the second midway through the set.

"It's definitely not that easy to play after you stop for a while, especially [playing my] first match on hard courts in a long, long time, since Miami," he said. "Sensations were not bad. I could have just broke a little bit more, but when you win, everything is fine. I have to play like this in the next matches."

Hijikata, a North Carolina Tar Heel and the World No. 224, did not go down quietly. Enjoying the occasion, the 21-year-old created his share of highlights by using his athleticism to cover the court and made Medvedev work for over 90 minutes on court.

Through to the quarter-finals, Medvedev next faces Ricardas Berankis, who defeated Facundo Bagnis 7-6(4), 6-3 on Wednesday.