Daniil Medvedev has used his deep return position to his advantage.

Try standing seven-plus metres behind the baseline to return serve. You may as well be halfway to the moon. Not only does Daniil Medvedev thrive from this ultra-deep return location, but he has also broken serve more times on hard courts in 2021 than any other player.

An Infosys ATP Beyond The Numbers analysis of Medvedev’s prowess on hard courts reveals the Russian broke serve 75 times from 20 matches up to the Olympics, just edging compatriot Andrey Rublev, who at that point had broken 74 times from 24 matches.

Medvedev also leads the Tour with total points won on hard courts this season at 54.7 per cent (1637/2992). Rublev is once again in second place, winning 54.6 per cent (1791/3279) of hard-court points. It is now hard-court season in the U.S. and Medvedev is poised once again to be a pivotal player chasing ATP Masters 1000 and Grand Slam glory.

The investigation into why Medvedev thrives from such an impossibly deep return location reveals his extreme court position successfully morphs a traditional return into a pseudo-groundstroke. Traditional tennis mantra dictates that we are on defence against the power of a first serve and should therefore employ more of a blocking strategy. The thinking is to lower the speed of the first-serve return to ensure greater control and get more returns in. It’s always been just fine to swing away against a slower second serve. 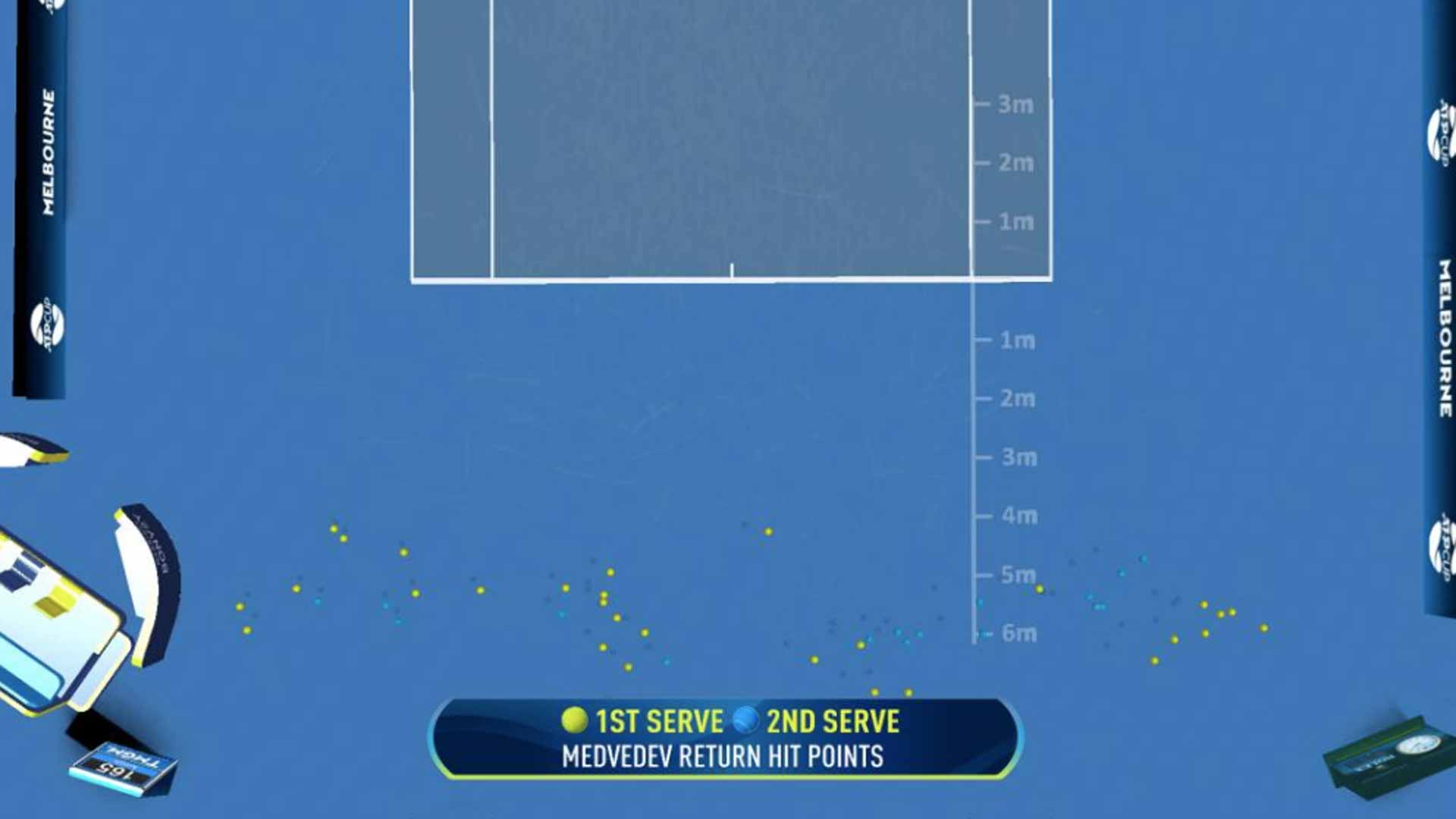 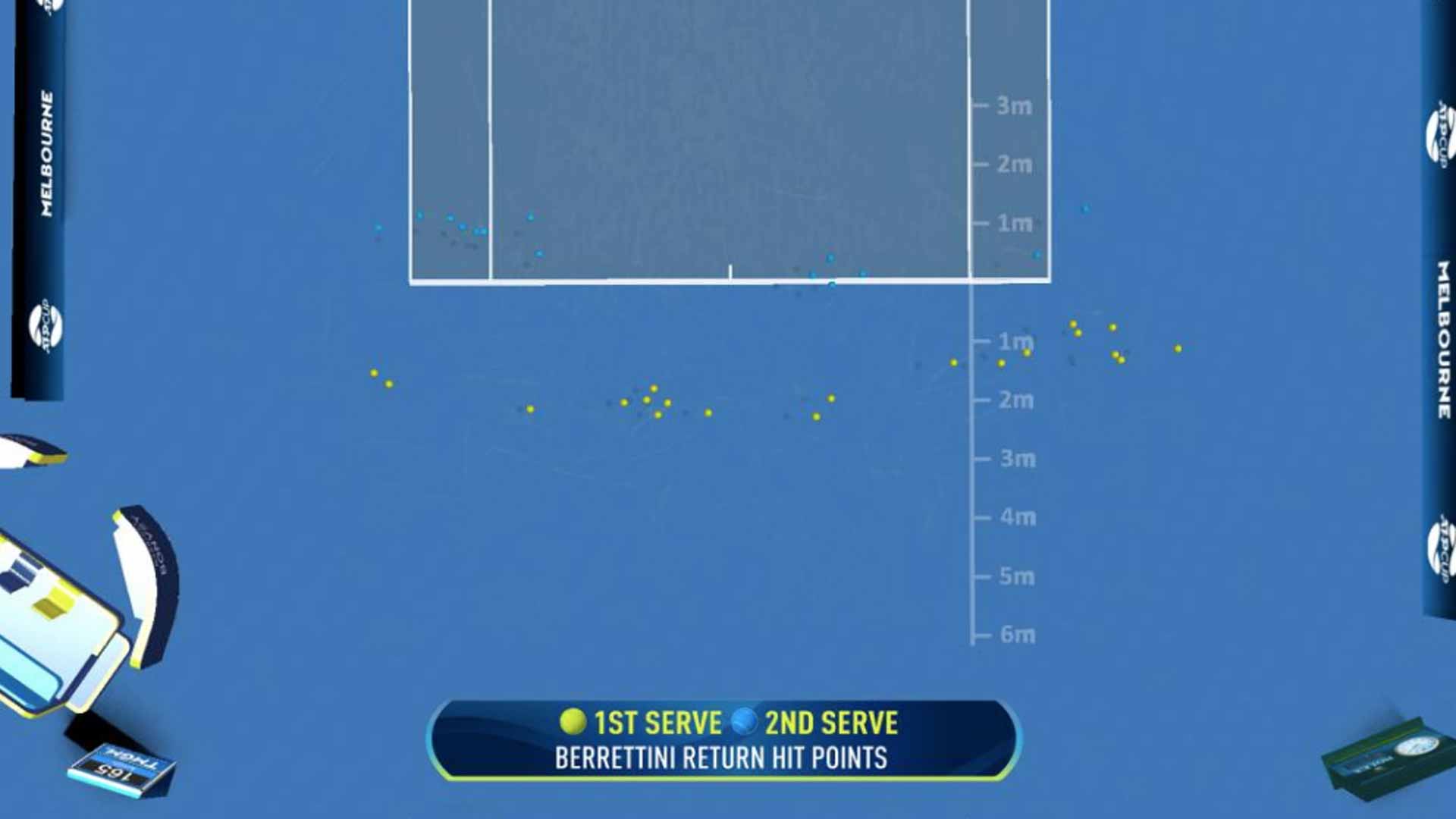 In order to fully connect the dots on what Medvedev is really achieving, the average rally speed needs to be factored in as well.

Medvedev’s average second-serve return speed slightly edges his average groundstroke speed (117 km/h to 116 km/h). The real benefit of standing extremely deep to return serve compared to the more traditional location up closer to the baseline was found in the speed he can hit first-serve returns.

Essentially, Medvedev does not want to “return” serve in the traditional sense against a first serve. He wants to back up as far as he can to let the first serve slow down and then swing as hard as he can with a lot of runway to land the ball. What he gives up in court position he gains in raw speed.

Medvedev’s success begs the question: When facing a first serve, why hit a traditional forehand blocking return when you can rope a regular forehand groundstroke instead?