Team Russia hit Cottesloe Beach in Perth on Tuesday morning ahead of the inaugural ATP Cup, which begins on 3 January. Daniil Medvedev, Karen Khachanov and captain Marat Safin took the 12-kilometre trip from the RAC Arena to a popular family destination in the west of Perth.

The Russians spoke to Phil Curtis of the North Cottesloe Surf Club and joined Surf Life Saving nippers (junior lifesavers) from across the city in races running from the water.

“We lost to the kids, we didn’t expect that,” said Khachanov. “We thought we could be faster, but it wasn’t true.” Medvedev said, “They may be faster on the beach, but hopefully we’re faster on a tennis court. Otherwise, we’re in big trouble!” 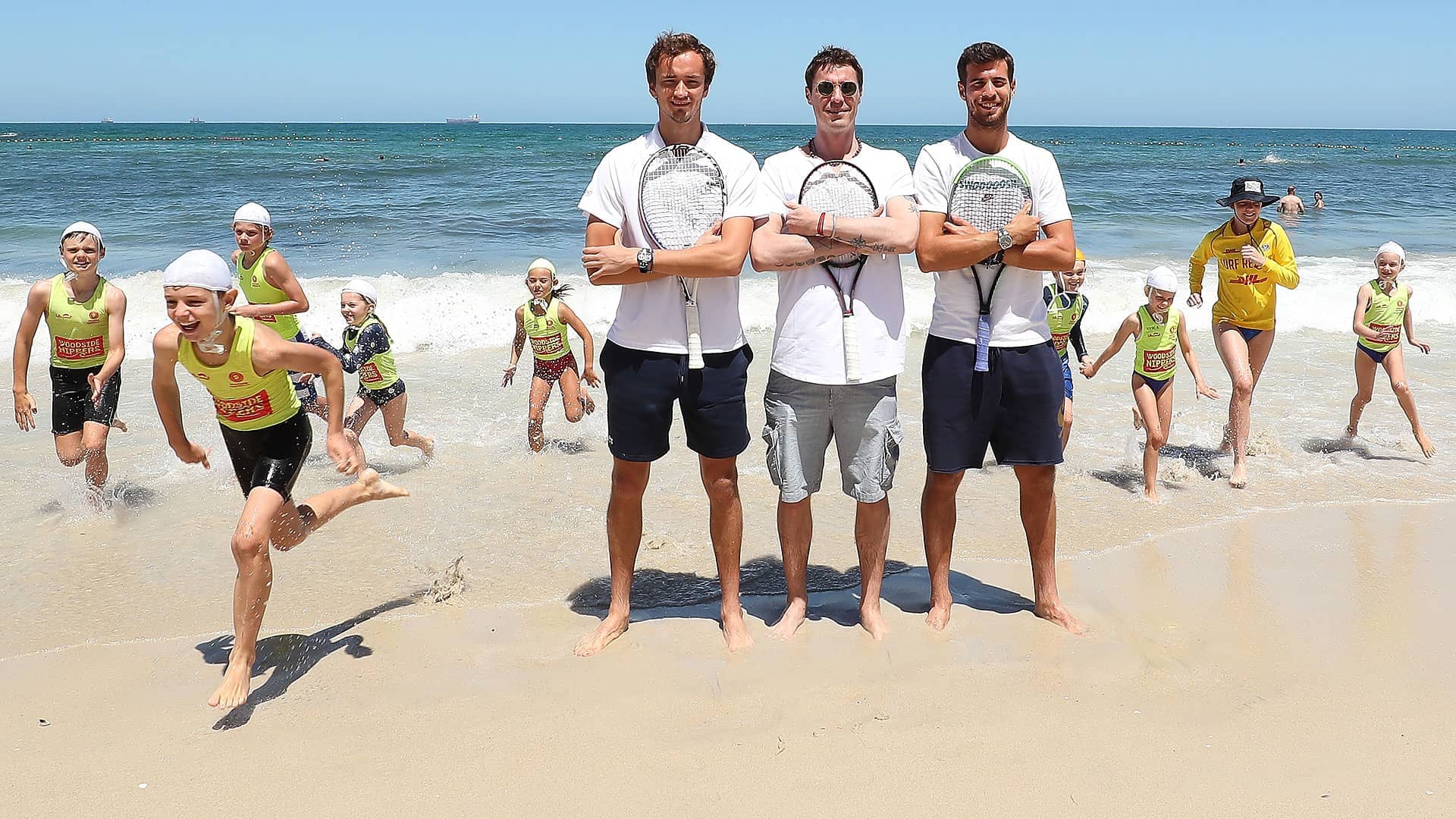 Team Russia, who arrived in Perth on 28 December, features in Group D action alongside the United States, Italy and Norway. Spain, Japan, Georgia and Uruguay compete in Group B, also at the 14,000-seater RAC Arena stadium.

“[Daniil and Karen] are in great shape,” said former World No. 1 Safin. “I think we have a chance to win, but I’m not sure about it after losing to the kids. We have great potential to do well, a great team and guys helping to make us closer together.”

Medvedev added, “This tournament is so important to see how you’re playing after the pre-season. Every new tournament is different, but I know when I play good I can win some matches.”