Daniil Medvedev wins 74 per cent of second-serve return points to defeat Gael Monfils in the Sofia semi-finals on Saturday.

Thirteen months ago, Russian Daniil Medvedev had never won an ATP Tour title. At the Sofia Open on Sunday, the 22-year-old will have a chance to lift his fourth trophy.

"I want to win. Every tournament I play I want to win. So to be in the final means I'm one step away from it. You never know what's going to happen, I could have lost in the first round [since] I lost the first set [of that match]," Medvedev said. "I'm happy with my performance and happy with my game right now."

It has been another strong week indoors for Medvedev, who ranked second on the ATP Tour last year with 17 indoor wins. He won his biggest title yet last October in Tokyo, also triumphing in Sydney and Winston-Salem. Medvedev is 10-2 in 2019, with his only losses coming against current World No. 7 Kei Nishikori in the Brisbane final and World No. 1 Novak Djokovic in the fourth round of the Australian Open.

Monfils entered the clash fresh off a straight-sets win against in-form #NextGenATP Greek Stefanos Tsitsipas, who reached the Australian Open semi-finals. But Medvedev kept the Frenchman from controlling rallies by varying the pace to extract errors. In the first set, Monfils lost all 10 of his second-serve points.

And while the former World No. 6 began to find his range towards the end of the match, it was too late. Medvedev lost one break of his double-break lead, but handled Monfils' pressure to reach his second final of 2019.

"I was really tight and it's normal. I think he was tight also and that's why he missed some shots at 5-4 and he didn't miss them at 5-2," Medvedev said. "He had nothing to lose at 5-2 on my serve, he went for shots and made them... I'm happy that I managed to manage the tightness inside of me to put the ball in the court, and that's why I won." 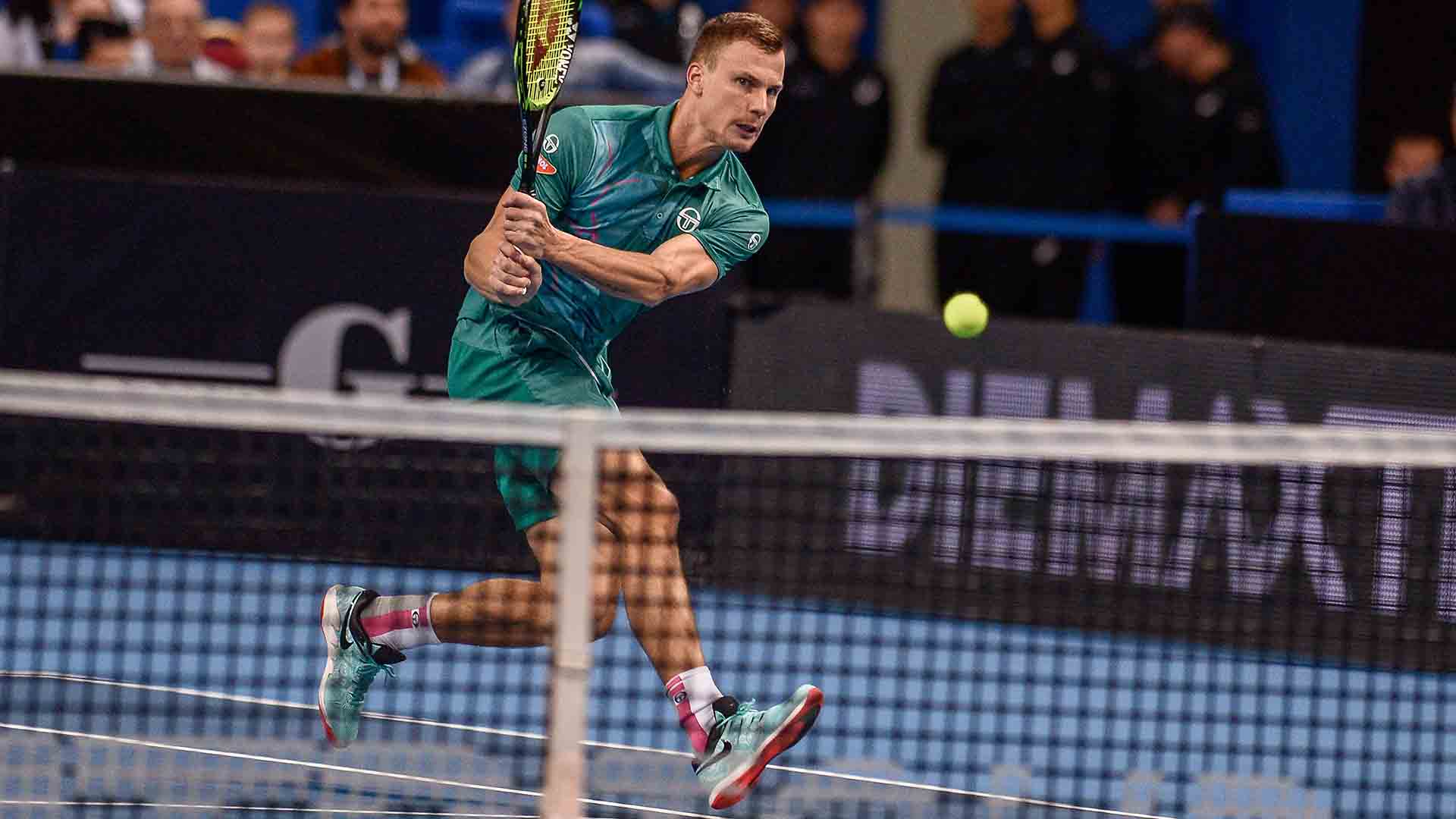 Medvedev's opponent in the championship match will be Hungarian Marton Fucsovics, who advanced to his second ATP Tour final by beating Italian Matteo Berrettini 5-7, 7-5, 6-3 in Sofia.

The Hungarian, who improves to 6-3 this year, saved six of seven break points and withstood 10 aces from his opponent to advance. Fucsovics had held two set points in the 10th game of the opening set, but recovered well to reach the championship match after two hours and 16 minutes.

Last year, Fucsovics triumphed in Geneva to become the first man from his nation to claim an ATP Tour crown since Balazs Taroczy in 1982. The 27-year-old lost his only previous FedEx ATP Head2Head meeting against Medevedev in three sets at the 2018 Rolex Monte-Carlo Masters.

After failing to convert a total of five break points in back-to-back return games, Berrettini found himself down two set points serving at 4-5 in the first set. But, under pressure, the Italian increased his forehand aggression and attacked Fucsovics' forehand side to turn the tables on his opponent, winning three straight games to claim the opener after 53 minutes.

Berrettini was punished for his inability to find the target with a backhand down the line at 4-4 (30/40) in the second set, as Fucsovics soon fired back-to-back forehand winners at 5-6 (30/30) to level the match. The Hungarian then rode the momentum into the decider, establishing a 3-0 lead before converting his first match point.

Berrettini was also aiming to reach his second ATP Tour championship match. The 22-year-old Italian lifted his first trophy last July in Gstaad, holding each of his 49 service games en route to the title.