The phrase “third time’s a charm” or “third time’s lucky” as they say in the UK may come from Old English law, wherein those who survived three hangings would be set free. The law was apparently inspired by the story of John "Babbacombe" Lee, a Brit who was convicted (on flimsy grounds) of stabbing his employer to death in 1885 and was sentenced to death by hanging. The trapdoor on the scaffolding beneath him failed to open on three occasions, he was spared, served 22 years in prison and then cashed in on his notoriety with lecture tours and a film.

Luckily for Daniil Medvedev and Diego Schwartzman, no such gruesome fate awaits them Friday night in the final round-robin match played at The O2. But Schwartzman, who comes into the match 0-2, will hope that the “third time’s lucky” adage works in his favour. As he pointed out in his press conference after losing a tough three-setter to Alexander Zverev Wednesday, the Nitto ATP Finals is a uniquely difficult and sometimes cruel tournament.

Everyone is a top player, so seeds don’t have the opportunity to work their way into the event. And at every other tournament, the worst thing that can happen to a player is a single loss, while in the season finale, an unlucky fellow could head home for the holidays with three losses in a week. But the beauty of the event is that players also have a chance to measure themselves against the world’s best, and they have an opportunity for redemption, even after multiple losses. 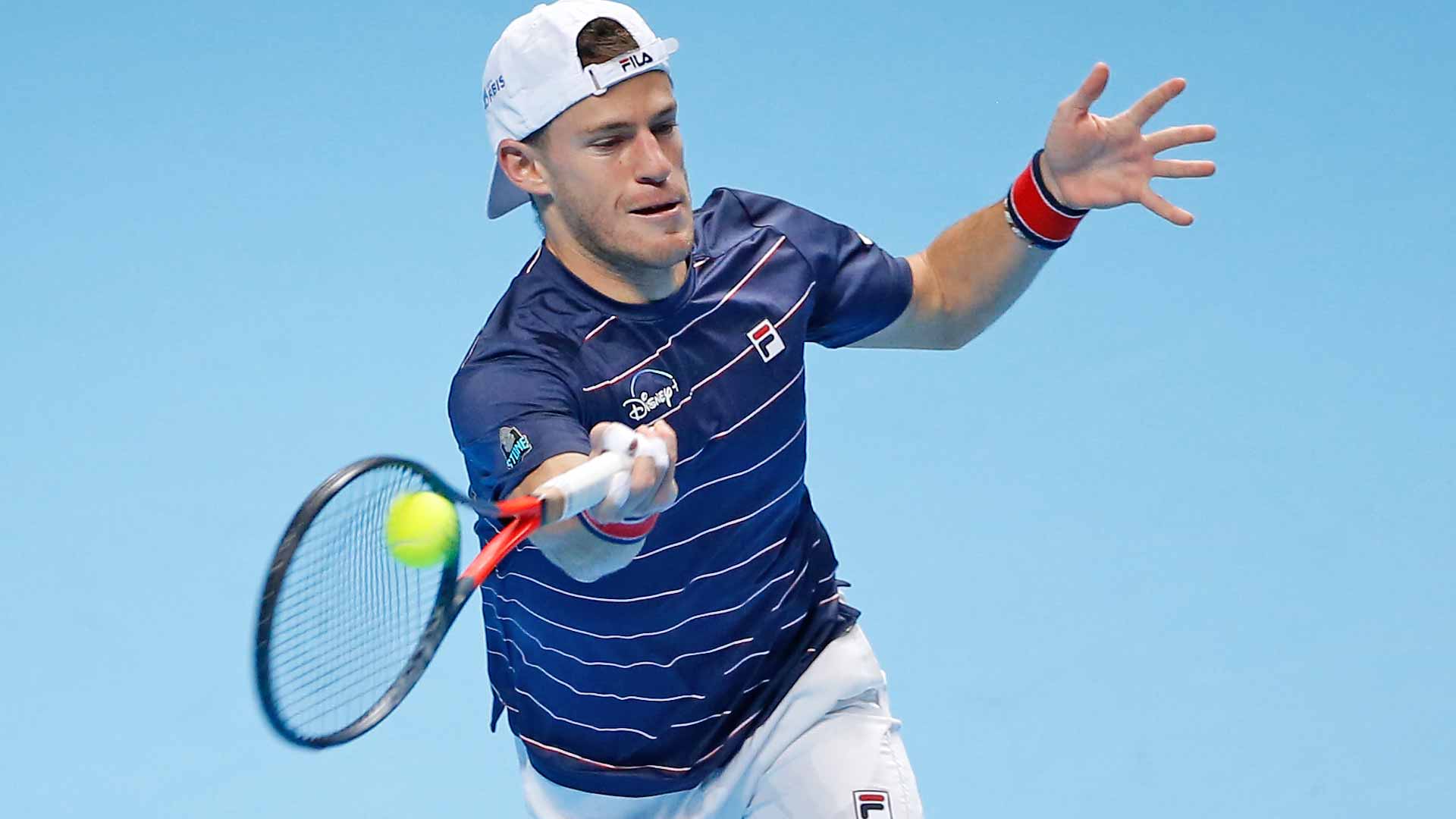 Medvedev, already 2-0, has won Group Tokyo 1970, and Schwartzman cannot advance to the semi-finals with a win Friday night. But Diego has an opportunity to escape the proverbial hangman’s noose with a win, which would net him 200 FedEx ATP Rankings points, $153,000, and a big boost of confidence heading home to Argentina.

Schwartzman said after his loss to Zverev that he was pleased to have staged a comeback bid after losing a lopsided first set. “I'm happy because I almost did a good comeback,” said Schwartzman, 28. “The match was going all his way quickly in the first set and second set. Then I find a way to win the second set and fighting the third.” 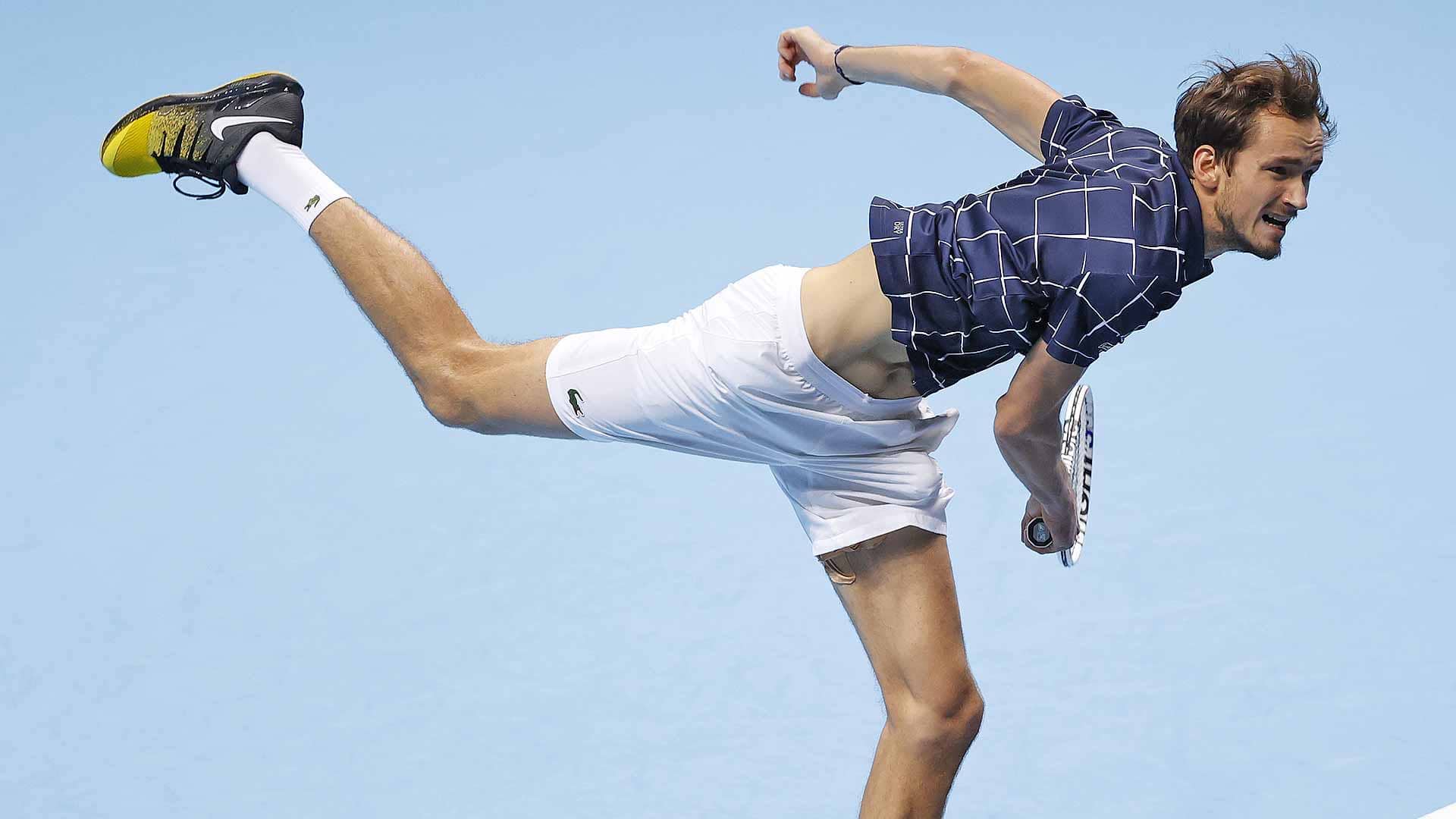 Medvedev, 24, ranked No. 4, is flying high after notching convincing victories over Alexander Zverev and Novak Djokovic on the heels of winning the Rolex Paris Masters earlier this month. But he insisted that he wouldn’t overlook his final match.

“I finished number one in the group already, which is great,” he said. “Of course I'm going to try to win my third match.”

Medvedev has beaten the Argentine in all four of their ATP Head2Head encounters, dropping a set just once, at the ATP Cup in January. He’s especially good indoors, conditions which don’t naturally suit Diego. The Argentine jokingly lamented his tough draw and the long road he has ahead of him. After the tournament, he’ll return to Argentina and will then have — by his reckoning — 40 hours of flights to reach Australia for the Australian Open. Even for a man of 5’7”, all that airline travel will be a tribulation, but much less so if he winds up his season with an upset win over one of the hottest players on the Tour.