Daniil Medvedev has scored some of his biggest wins on grass.

Daniil Medvedev thought the life of a tennis player was simple. You played, you either won or lost, and then, during practice on court, you worked on what you needed to improve.

The details of his professional life – his diet, his recovery after matches – the 22-year-old Russian didn't worry about as much.

For instance, if he played at 7 p.m., he might have savoured a couple of panna cottas during lunch and thought nothing of it. Or, for breakfast, Medvedev, who trains in Cannes, France, might have helped himself to a croissant or two.

When it came time to recover after a three-hour match, he acted more like a recreational player then as well. Forget the ice bath; he'd stretch and go to bed.

You May Also Like: Tsitsipas Battles In Den Bosch; Seppi Falls

“I thought it was going to be the best rest, to just lay on the bed and watch some TV. And in fact it's not,” Medvedev told ATPWorldTour.com.

The 6'6” Russian has learned a lot since he turned professional in 2014. But it wasn't as if he was always ignoring the advice of his coaches or trainers – although that has happened a little, too. As a player ranked outside the Top 100 of the ATP Rankings, Medvedev didn't necessarily have the funds to hire staff.

“When you are playing Futures or [ATP] Challengers, you're kind of scared about your future. So you don't spend this money,” said Medvedev, who cracked the Top 100 in November 2016.

But these are different times for the Russian, who reached the inaugural Next Gen ATP Finals last year in Milan, where eight of the world's best 21-and-under players competed. He's an ATP World Tour titlist (Sydney 2018), ranked just outside the Top 50, and he's beaten some of the best players in tennis. Last year at Wimbledon, the Russian earned his maiden Grand Slam win against three-time Grand Slam champion Stan Wawrinka.

What's changed? Medvedev is taking his tennis more seriously. Fewer croissants, more porridge. “This year I try to work a lot on myself, physically, on all these small aspects... just everything together,” Medvedev said.

Gilles Cervara, Medvedev's coach since May 2014, remembers trying to prepare his player for a match last year. The Russian was practising footwork drills, but he was holding back.

“Dani, you are 100 per cent?” Cervara remembers asking.

Medvedev picked up his level, for the moment. But that's how it was for the coach: He was the one poking and prodding.

“It was tough for me to push him,” Cervara told ATPWorldTour.com. “He didn't care about things. He didn't care what he put into his body... Also he didn't know so well.”

In October, at the Rolex Shanghai Masters, the two had a serious discussion about Medvedev's fitness, and at the end of last year, Medvedev started working with physiologist Yann Le Meur, who has worked with French Olympic teams and works with the AS Monaco Football Club.

Twice a day now, the Russian fills out a report on his phone about how he's feeling. The entire team can review the journals and decide what's best for Medvedev in that moment.

Cervara had been wanting to have that discussion earlier, but he waited to bring it up until he felt Medvedev had arrived at a similar thought.

“We knew it for a long time. But we need to do it step by step. At the moment, Daniil was ready to hear that he needs to improve stuff like this,” Cervara said. 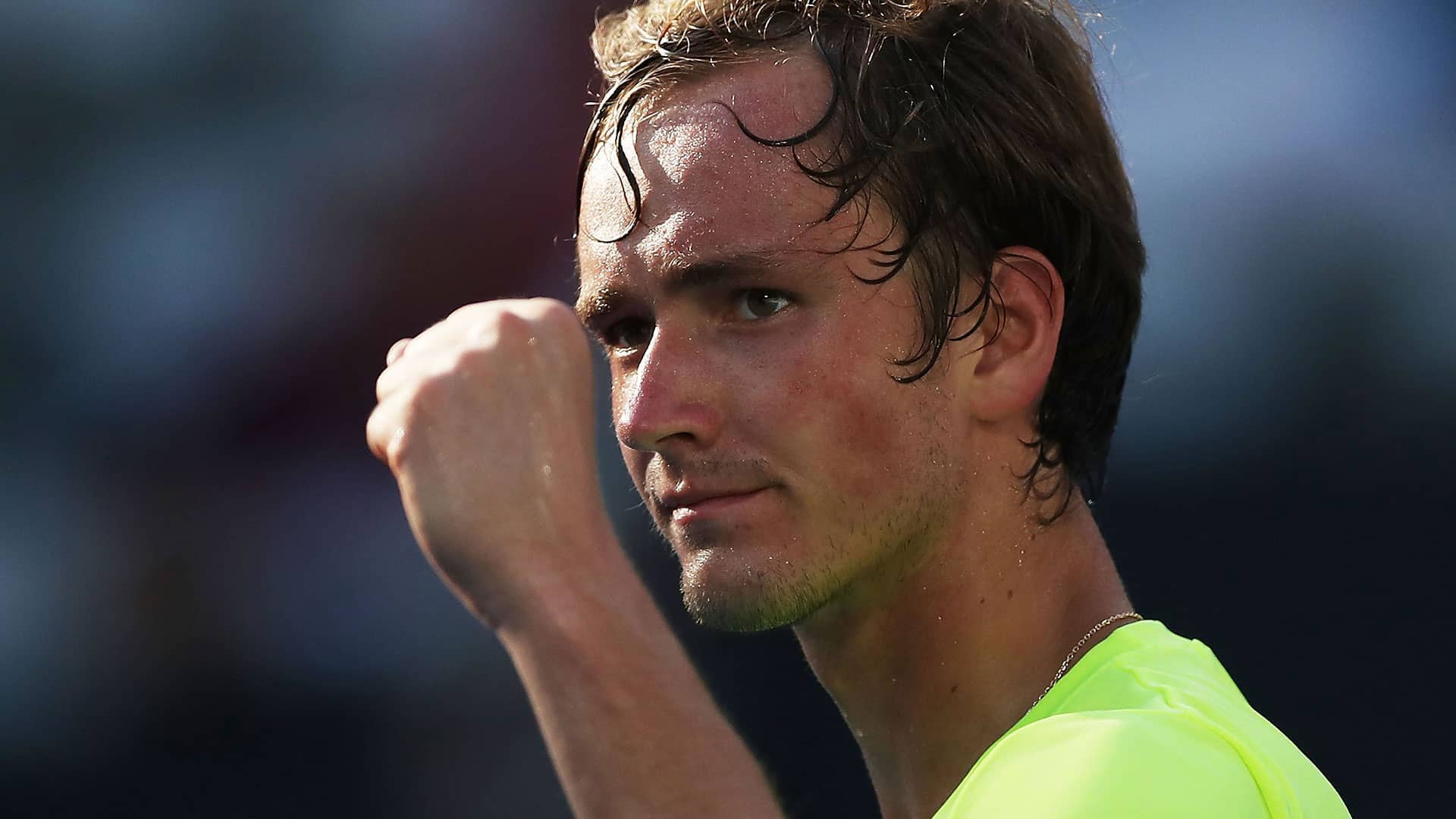 Only a few months later, the work translated to on-court success. In January, the Milan semi-finalist won seven consecutive matches, qualifying and winning his first ATP World Tour title at the Sydney International.

“He got a lot confidence from winning this title, just after the pre-season preparation... It shows that it worked straight away. It puts you in the right direction, a better mood,” Cervara said. “But also for him I imagine that to win the first title it's like, 'OK, if I did this, I can do it again, I can beat top players'.”

The best surface for Medvedev's flat groundstrokes, though, might be grass, where he's won 67 per cent of his matches (10/15), according to his FedEx ATP Win/Loss Record. On Monday, he snapped a five-match losing streak at the Libema Open in ’s-Hertogenbosch against Indian Yuki Bhambri.

Last year on grass, Medvedev made the quarter-finals in ’s-Hertogenbosch and at the Fever-Tree Championships in London. He also reached the semi-finals at the Nature Valley International in Eastbourne, before upsetting Wawrinka at The Championships.

“I just want to be as consistent as possible in my game,” Medvedev said. “The way it started, to win Sydney, my first ATP title is actually amazing because I played very good tennis. Also, the very important thing for me is, even when I lose matches to feel like I gave my all, just the opponent was better this match and I couldn't really do anything.”