Daniil Medvedev has not lost more than four games in a set through three rounds at the US Open.

Daniil Dominant Again: Medvedev Rolls Into US Open Fourth Round

Daniil Medvedev entered the US Open as one of the tournament's leading contenders and the third seed has shown why through three rounds.

Medvedev defeated J.J. Wolf 6-3, 6-3, 6-2 in one hour and 48 minutes to advance to the fourth round at the USTA Billie Jean King National Tennis Center. He has not lost more than four games in a set through his first three matches.

"It's good that I managed to win in three sets and I didn't even have to play [to] 7-5 because six months of not playing tennis, it's not easy to recover from playing five or four-set matches," Medvedev said on court. "With a day off and just a three-setter to play, I'm feeling good." 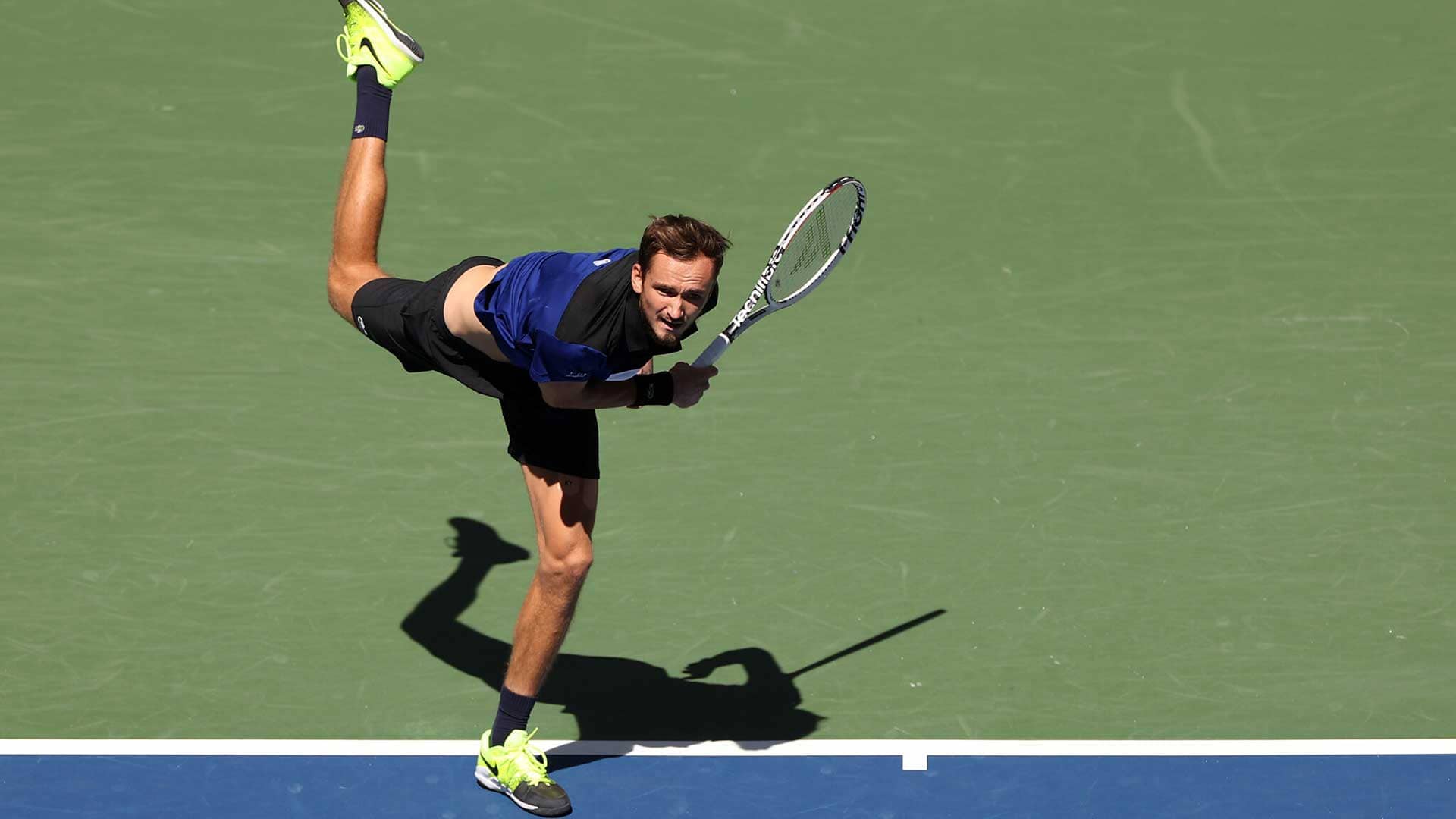 Photo Credit: Simon Bruty/USTA
During his run to last year's US Open final, Medvedev was extended to four sets in his second, third and fourth-round matches. But the Russian, who reached the semi-finals of the Western & Southern Open, has looked sharp from the first ball of the tournament. The two-time ATP Masters 1000 champion stymied Wolf's aggressive game by making only 10 unforced errors in the match.

The American, who reached the third round on his Grand Slam debut, showed he has powerful groundstrokes with which he can trouble players. But Medvedev absorbed all his pace and never appeared out of his comfort zone. The third seed broke serve seven times and hit four more winners than his 21-year-old opponent, 33 to 29.

"It's a great result [for Wolf] because in my first four majors I only won one match," Medvedev said. "In his first one he already won two, so I'm sure he's going to be climbing up the [FedEx ATP] Rankings and playing good. Today it was not enough. I made everything I could to be tough [for him]."

Medvedev will next face American Frances Tiafoe, who ousted Hungarian Marton Fucsovics 6-2, 6-3, 6-2 in one hour and 44 minutes.

An Australian Open quarter-finalist in 2019, Tiafoe is into the fourth round of the US Open for the first time. He had lost his two previous ATP Head2Head matches against Fucsovics.

Tiafoe survived a five-set battle against John Millman in the second round and he brought his best against Fucsovics. The American broke serve six times and won 83 per cent of his first-serve points to set his clash against Medvedev, whom he lost to at this year's Australian Open.

"I think it's a completely different match, we're playing in the second week. I'm not defending a quarter-final like I was there [in Australia]," Tiafoe said. "It's going to be one to watch for sure."