Daniil Medvedev and Alexander Zverev will meet for the second time in an ATP Masters 1000 final.

Daniil Medvedev last reached a championship match on the ATP Tour 13 months ago, but the 24-year-old will likely feel a sense of familiarity when he steps onto the court Sunday to compete for the Rolex Paris Masters title.

The last final Medvedev played was also at an ATP Masters 1000 event: the 2019 Rolex Shanghai Masters. The Russian succeeded on that occasion with a straight-sets victory against Alexander Zverev. The same man stands between him and this year’s Paris trophy.

Medvedev arrived in the French capital searching for form after losing five of his past eight matches. But the two-time Masters 1000 champion has raised his game at the Accor Arena to end his final drought. Medvedev has conceded only one set in Paris, with wins against Kevin Anderson, Alex de Minaur, Diego Schwartzman and Milos Raonic.

When Medvedev met Zverev in last year’s Shanghai final, he was competing in a Tour-leading ninth final of the year. But despite this being his first run to a championship match in 2020, one of Medvedev’s rivals in Paris believes he might actually be playing better this year than during his breakthrough 2019 campaign.

“I think he's playing just as well, maybe better,” said Raonic. “Just little things, the intangibles of confidence, maybe it makes a little bit of a difference here and there. But from what I have seen him play this week and [he] even played well at the US Open, played well [at the Western & Southern Open]…… all the events he's played on hard courts, I thought he's looked quite good.” 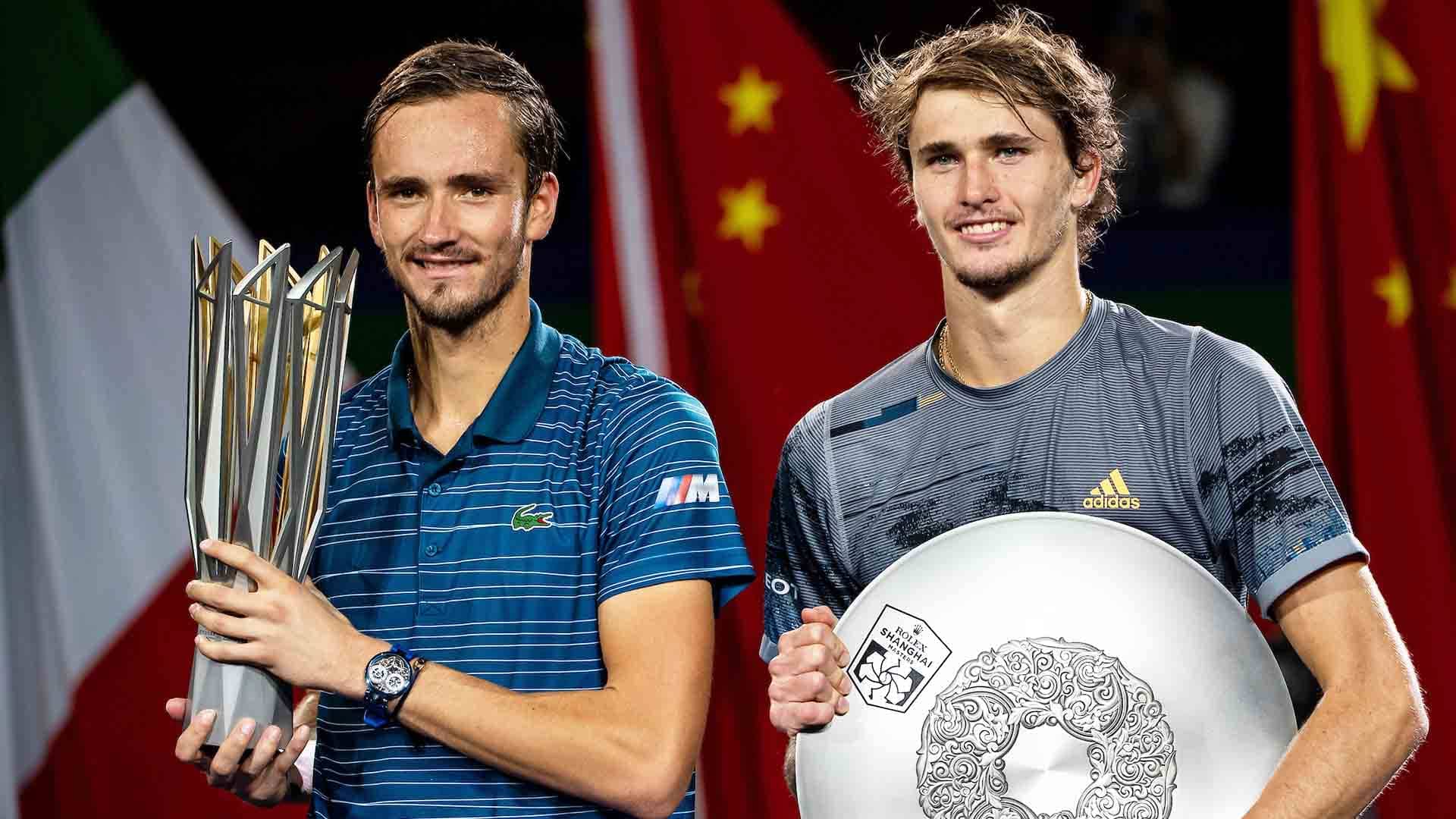 Medvedev will be competing in his fourth Masters 1000 final when he meets Zverev in Paris. The Moscow-native holds a 2-1 record in championship matches at the level, which includes victories in his past two final appearances. Prior to his title runs at the 2019 Western & Southern Open and Rolex Shanghai Masters, Medvedev finished as a runner-up to Rafael Nadal at last year’s Coupe Rogers in Montreal.

“Experience is a good key,” said Medvedev. “The first Masters [1000] final I lost actually very easy to Rafa, and then I won two… When you step out for your first Masters 1000 final, you are really tight, your hands are shaking a little bit because you think, ‘Okay, maybe that's my last opportunity to be in the final of a Masters 1000.’ Then [the] second, third time, the more you get [to] them, the more it becomes easier to handle these emotions. So hopefully this experience can help me tomorrow.”

Medvedev may have experience and memories of defeating his Paris final opponent at this stage, but Zverev has an even greater understanding of competing in this environment. The German will be making his seventh Masters 1000 final appearance (3-3) and will be aiming to improve his 5-1 ATP Head2Head record against his Russian rival.

Prior to his loss to Medvedev in last year’s Shanghai final, Zverev had dropped just one set in four meetings against the crafty baseliner. The 2018 Nitto ATP Finals champion also added a fifth victory against Medvedev to his tally at The O2 last year.

Zverev enters the Paris final in peak form. The 13-time tour-level titlist is on a 12-match winning streak, which includes back-to-back title runs at indoor hard court events in Cologne last month. Like his final opponent, Zverev has also dropped just one set en route to the final in Paris. Zverev made it through to the semi-finals with wins against Miomir Kecmanovic, Adrian Mannarino and Stan Wawrinka, before he ended 13-time Roland Garros champion Rafael Nadal’s winning run in Paris on Saturday.

Medvedev is back to his best and has risen to this challenge before, but this time he faces Zverev in one of the most consistent periods of the German’s career. Both men know what it takes to beat the other and to succeed at this level, but only one player can lift his first Paris trophy on Sunday.

“Obviously, [the] two best players of the tournament are still left. I'm happy about it,” said Zverev. “I think [Daniil is] quite happy about it. We're both not going to give each other anything tomorrow and we'll see who can win.”