One week into the 2021 ATP Tour season and new team Mate Pavic and Nikola Mektic have captured their first team trophy.

The top-seeded Croatian team completed a dream week at the Antalya Open on Tuesday by beating second seeds Ivan Dodig and Filip Polasek 6-2, 6-4 in the doubles final, which lasted 67 minutes.

“It’s a great start and couldn’t be any better, especially because it’s our first tournament together,” Mektic told ATPTour.com.

Pavic told ATPTour.com, “It’s always great to start the year like this as we’ve never played together before. It’s good to get a lot of matches and the goal, for me, is always to reach the [Nitto] ATP Finals, which was in London and now in Torino. It’s a good way to start.”

Mektic and Pavic threatened throughout the first set, breaking serve in the third and seventh games. The new team were unable to convert a deciding Deuce point at 1-1 in the second set, but decisively broke for a 3-2 advantage and didn't look back.

Mektic, who partnered Wesley Koolhof to the 2020 Nitto ATP Finals crown, is now 9-8 in tour-level finals, while 27-year-old Pavic picks up his 18th trophy (18-22 record in finals).

Croatian Dodig and Slovakian Polasek are now 2-3 as a team in ATP Tour finals, having captured two crowns in 2019 at the Western & Southern Open and the China Open. Dodig and Pavic finished runner-up in September last year at the Hamburg European Open (l. to Peers/Venus). 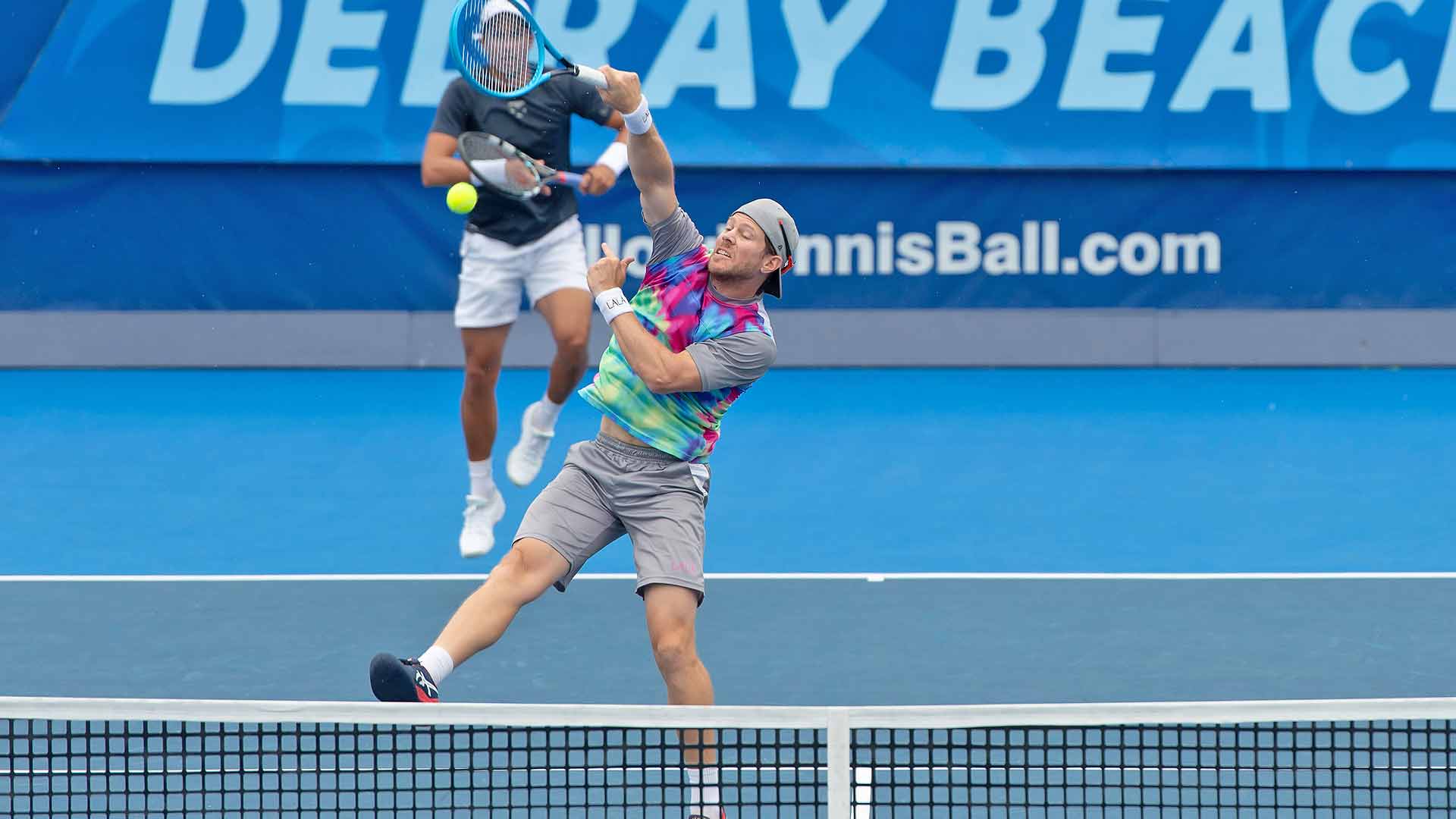 Photo Credit: Andrew Patron/BigShots
Behar/Escobar Reach First Final In Delrau Beach
Ariel Behar and Gonzalo Escobar starred on the ATP Challenger Tour in 2020, and now they will have a chance to lift an ATP Tour trophy. The Uruguayan-Ecuadorian duo battled past Americans Mackenzie McDonald and Tommy Paul 6-1, 5-7, 10-1 on Tuesday to reach the Delray Beach Open by VITACOST.com final.

Behar and Escobar will play in their first tour-level championship match on Wednesday. They saved seven of the nine break points they faced against the home favourites to advance after one hour and 32 minutes. Their opponents in the final will be brothers Christian Harrison and Ryan Harrison, who beat Andres Molteni and Hugo Nys 6-2, 6-2. Christian lost in the singles semi-finals earlier in the day against Hubert Hurkacz.