Nikola Mektic and Mate Pavic captured their fifth ATP Tour team title from six finals on Sunday at the Rolex Monte-Carlo Masters. The second-seeded Croatians won a repeat of the Miami Open presented by Itau final, beating Britons Daniel Evans and Neal Skupski 6-3, 4-6, 10-7 in one hour and 36 minutes.

"It’s incredible, we’re so, so happy, especially because the final was so intense," said Mektic, who also lifted the 2019 Monte-Carlo crown with Franko Skugor. "It was 10/7 for us, but it could have gone either way. It's a wonderful place. It was special to win here with another fellow Croatian [in 2019] the first time around, and this is equally as special."

Pavic said, "[Daniel and Neal] are very tough. They won a lot of matches. Neal won Acapulco before Miami too. I would like to see them playing more together, because they are a good team, but it’s up to Dan and his singles.

"We have played more than 30 matches and we’ve been playing great. We’re on a run. It was our first clay tournament together and the matches we’ve played before this week gave us confidence. It was good to get the Match Tie-break win yesterday [against Marcel Granollers and Horacio Zeballos] too.” 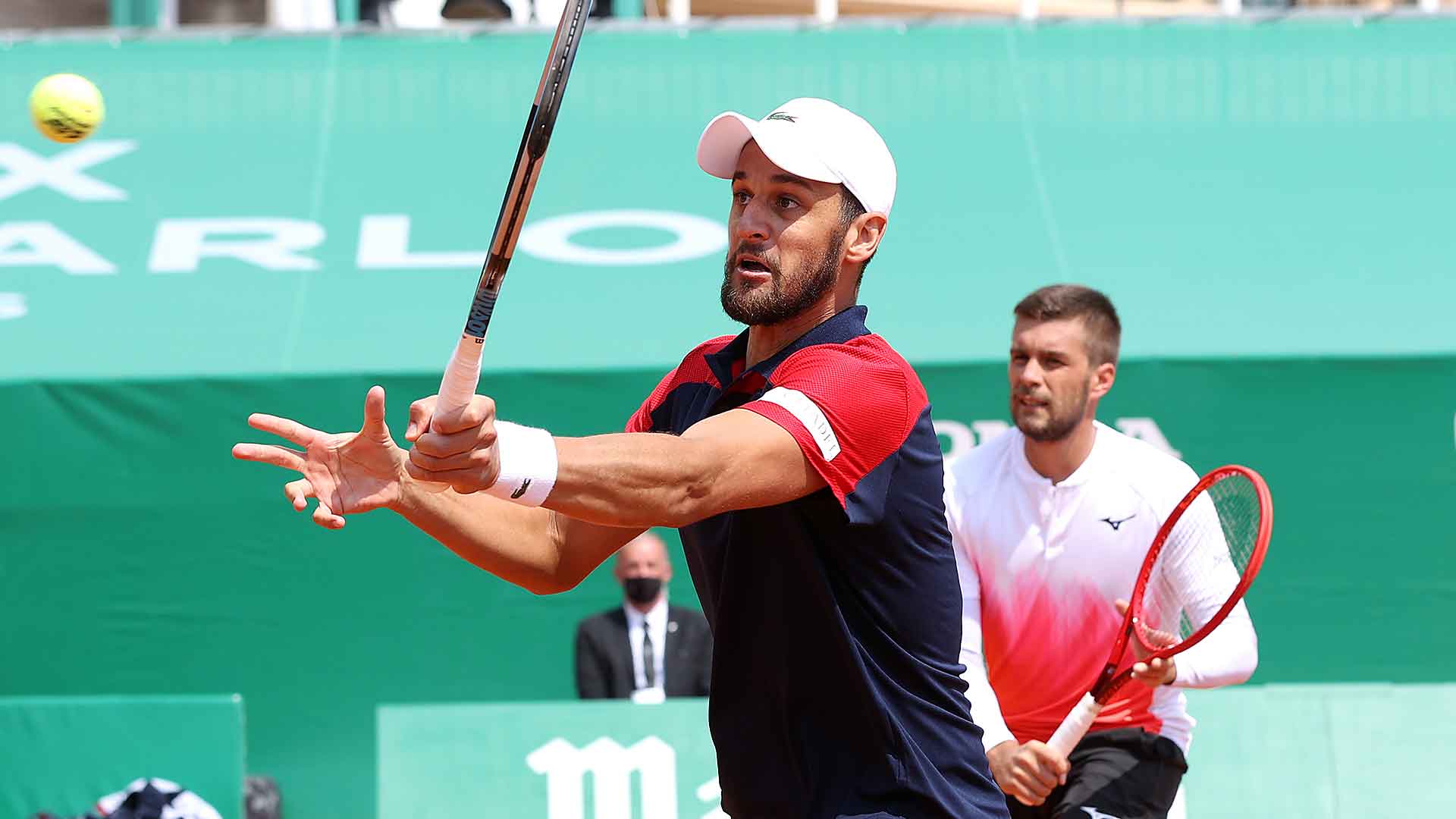 Mektic and Pavic got off to the best possible start by winning the first three games. But the British pair clawed their way back, with Evans hitting a smash winner to break Pavic’s serve at 2-3. Pavic took his chance on return of serve in the eighth game, striking a backhand winner past Evans and closed out the 31-minute opener to love in the next game.

After an early exchange of breaks early in the second set, Evans did well to recover from 15/40 for a 3-2 advantage. The Britons went on to seal the second set when Pavic struck a backhand slice approach shot long.

The Match Tie-break appeared to turn in favour of Evans and Skupski, when Pavic struck back-to-back double faults from 5-4. But at 5/6, Mektic hit a backhand return winner down the line. Mektic later hit a reaction volley off a powerful Evans forehand that looped over Skupski’s head on championship point. Mektic and Pavic clinched the Miami title earlier this month with a 6-4, 6-4 win over Evans and Skupski.

“Well done again, another great week,” said Evans. “We can’t get you yet, but we’ll keep trying.” Skupski said: “Congratulations again, it seems to be going well for you this year.”

This week, Evans beat World No. 1 Novak Djokovic in the singles third round and went on to reach the semi-finals at the Monte-Carlo Country Club. Skupski won the Abierto Mexicano Telcel presentado por HSBC with his older brother, Ken Skupski, last month.