Marcel Granollers and Horacio Zeballos captured their third ATP Masters 1000 title on Sunday with a comeback win in the Mutua Madrid Open final.

The third seeds denied second-seeded Croatians Nikola Mektic and Mate Pavic their sixth trophy of the season with a 1-6, 6-3, 10-8 victory over 73 minutes. It avenged their semi-final loss at the Rolex Monte-Carlo Masters last month.

The Madrid final turned in the eighth game of the second set when Pavic let slip a 40/0 lead. Granollers and Zeballos, winners of four previous team titles, didn’t need a second invitation and kept points short in the Match Tie-break.

You May Also Like: Metkic/Pavic Aiming To Continue Momentum In Rome

“It was very beautiful to play in front of a crowd once again," Zeballos said. "To hear fans shouting your name or applauding a nice point is always great and it fills you with pride. It’s been a great week and of course, winning the title feels even better. Madrid always has a great enthusiasm for sports and tennis in general, so I felt really comfortable this week and I’ve enjoyed it a lot.”

Mektic and Pavic, who had won this year’s Miami Open presented by Itau and Monte-Carlo crowns, were bidding to follow in the footsteps of Bob Bryan and Mike Bryan (2014) and Pierre-Hugues Herbert and Nicolas Mahut (2016), who won the first three Masters 1000 tournaments of the season. 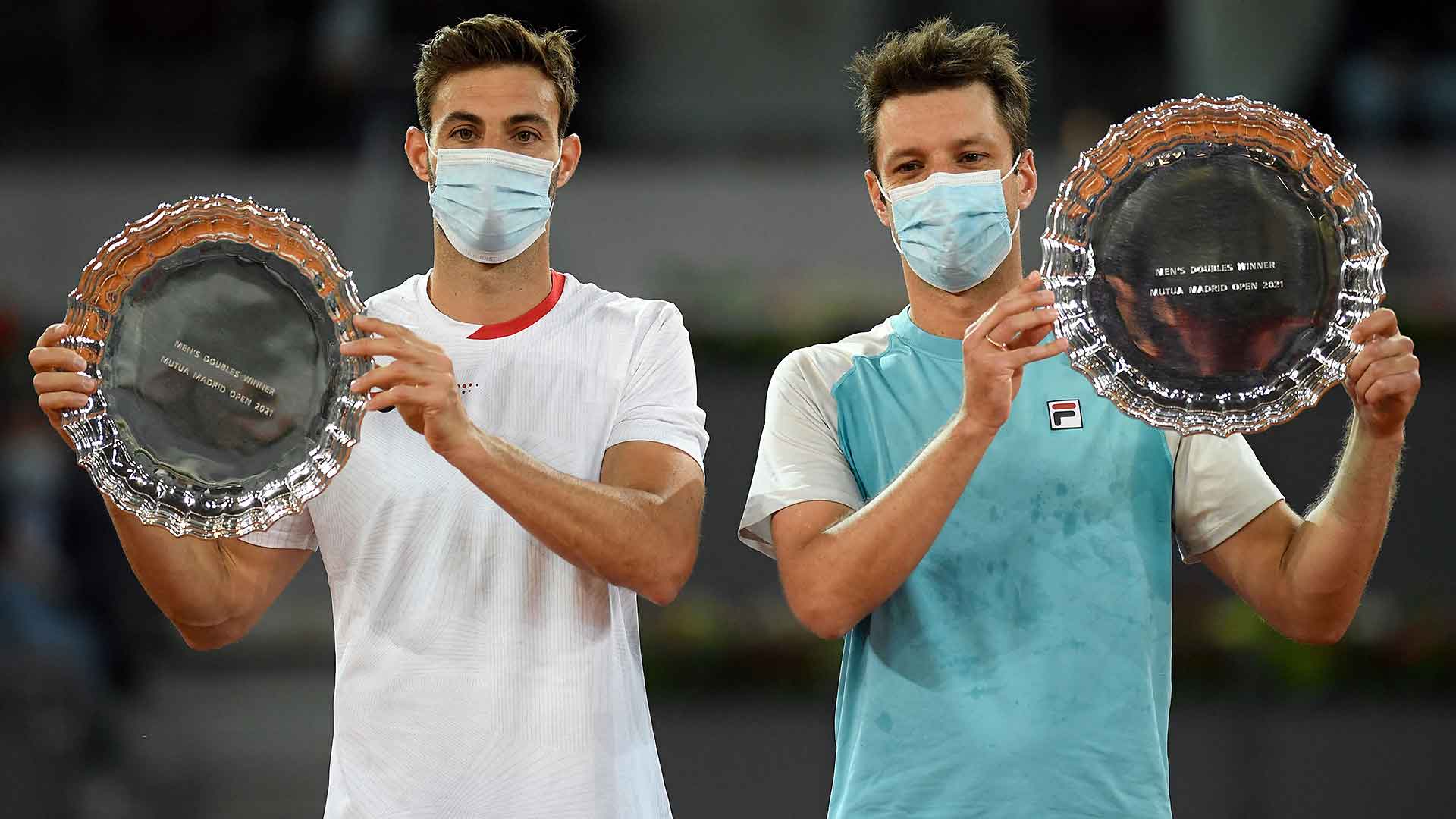 Zeballos got caught on a low Pavic return at 1-2 in the first set and again by a deep Mektic return at 1-4. Pavic completed the 22-minute opener with a finely placed backhand wide of Granollers at the net.

The second set was more competitive, with the first break points in the eighth game. Pavic let slip a 40/0 lead and Granollers and Zeballos went on to clinch the second set. With good service placement in the Match Tie-break, they won five of six points from 3/3.

"These things happen in doubles," Granollers said. "They were doing very, very well in the first set and didn’t give us any options. It seemed like we weren’t able to find a way to put them under pressure. But with the format of doubles, once you find your chance on the opponent’s serve you can take control of the match and then there’s a Match Tie-break. Even when it seems like you can’t find a way, you’re still alive in the match if you just hold serve. That’s what we tried to do and whenever they made a mistake, we tried to take advantage.

"I’m very pleased to win here in Madrid, it’s an incredible feeling. Winning here in 2019 [Davis Cup] and again today have been the most beautiful experiences of my career."

Granollers and Zeballos, now 5-3 in tour-level finals, have won two other Masters 1000 titles at the 2019 National Bank Open Presented by Rogers in Montreal and at the 2020 Internazionali BNL d'Italia in Rome.

"It was a great way to come back after losing the first set," said Mektic. "It's been another great week and another final."