It was in 1993 that former World No. 25 Fernando Meligeni reigned on home soil in Sao Paulo, launching his pro career with a first ATP Challenger Tour title. Now, 27 years later, the Brazilian's nephew is carving a path of his own.

Same city, same result, different Meligeni. On Sunday, Felipe Meligeni celebrated his maiden moment at the Sao Paulo Open Tennis, capturing his first Challenger crown in emphatic fashion. With his family and girlfriend in attendance, the 22-year-old dropped one set all week on the clay of the Clube Hipico Santo Amaro. It all culminated in a 6-2, 7-6(1) final victory over Portugal's Frederico Ferreira Silva.

It was an emotional day for Meligeni, who broke down in tears during the trophy ceremony. To win your first Challenger title is a special achievement. But doing so in your home country and in front of your loved ones created the perfect environment for the Brazilian.

"I'm speechless," exclaimed Meligeni. "I didn't expect that. My first Challenger title. I just didn't expect it. I am very happy. It's very exciting. I tried to stay as calm as possible. I played very well and it was a sensational week. It was nice to have my girlfriend and my family supporting me in this achievement. And my sister (Carolina) won an ITF title in Egypt today as well. It's a double celebration weekend." 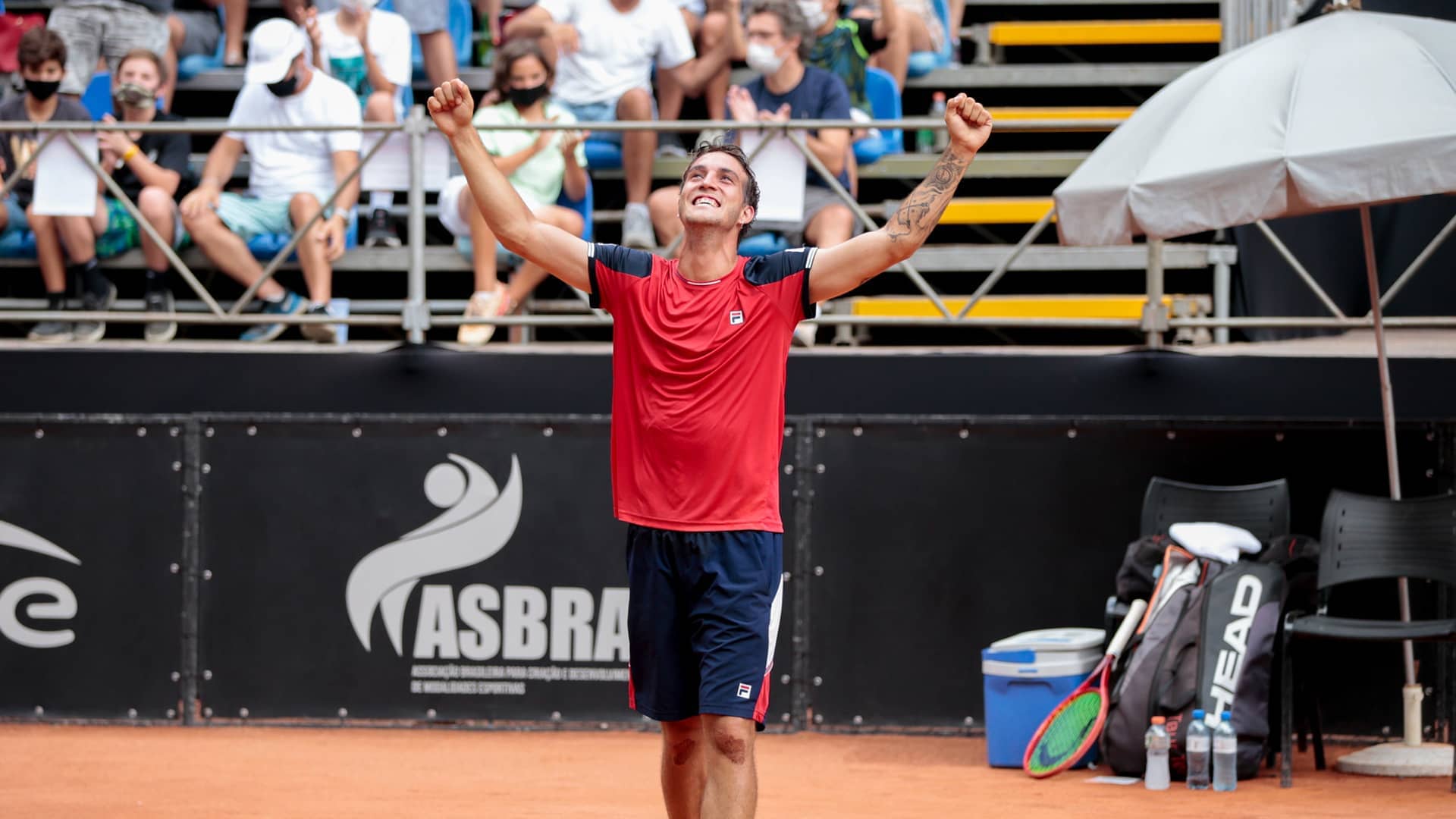 Meligeni is hoping to follow in his uncle's footsteps and establish himself inside the Top 100 of the FedEx ATP Rankings. During his 13-year career, Fernando won more than 200 matches, claimed three ATP Tour titles and reached the Roland Garros semi-finals in 1999. He would secure nine victories over Top 10 opponents, including former World No. 1s Pete Sampras, Yevgeny Kafelnikov, Patrick Rafter, Carlos Moya and Andy Roddick.

While Felipe has a long way to go to get to his uncle's level, he acknowledges that this is a significant step in his career. In February, in his ATP Tour debut, he took a set off World No. 3 Dominic Thiem at the Rio Open presented by Claro. Now, he is an ATP Challenger Tour champion.

"I really wanted to end the year among the Top 250 in the world and to be able to compete in Grand Slam qualifying in 2021. I have one more tournament next week and I want to lower my ranking even more. Who knows, at the end of next year I could be Top 100."

Meligeni isn't only impressing on the singles court. A former junior Grand Slam doubles champion, at the 2016 US Open, he would team up with Luis David Martinez to take the doubles crown in Sao Paulo as well. It marked their second straight week with a title together, following their victory in Guayaquil, Ecuador.

Meligeni soars 64 spots to a career-high No. 242 in the FedEx ATP Rankings and is up to No. 123 in the FedEx ATP Doubles Rankings. He will conclude his 2020 campaign at next week's Challenger season finale in his hometown of Campinas. 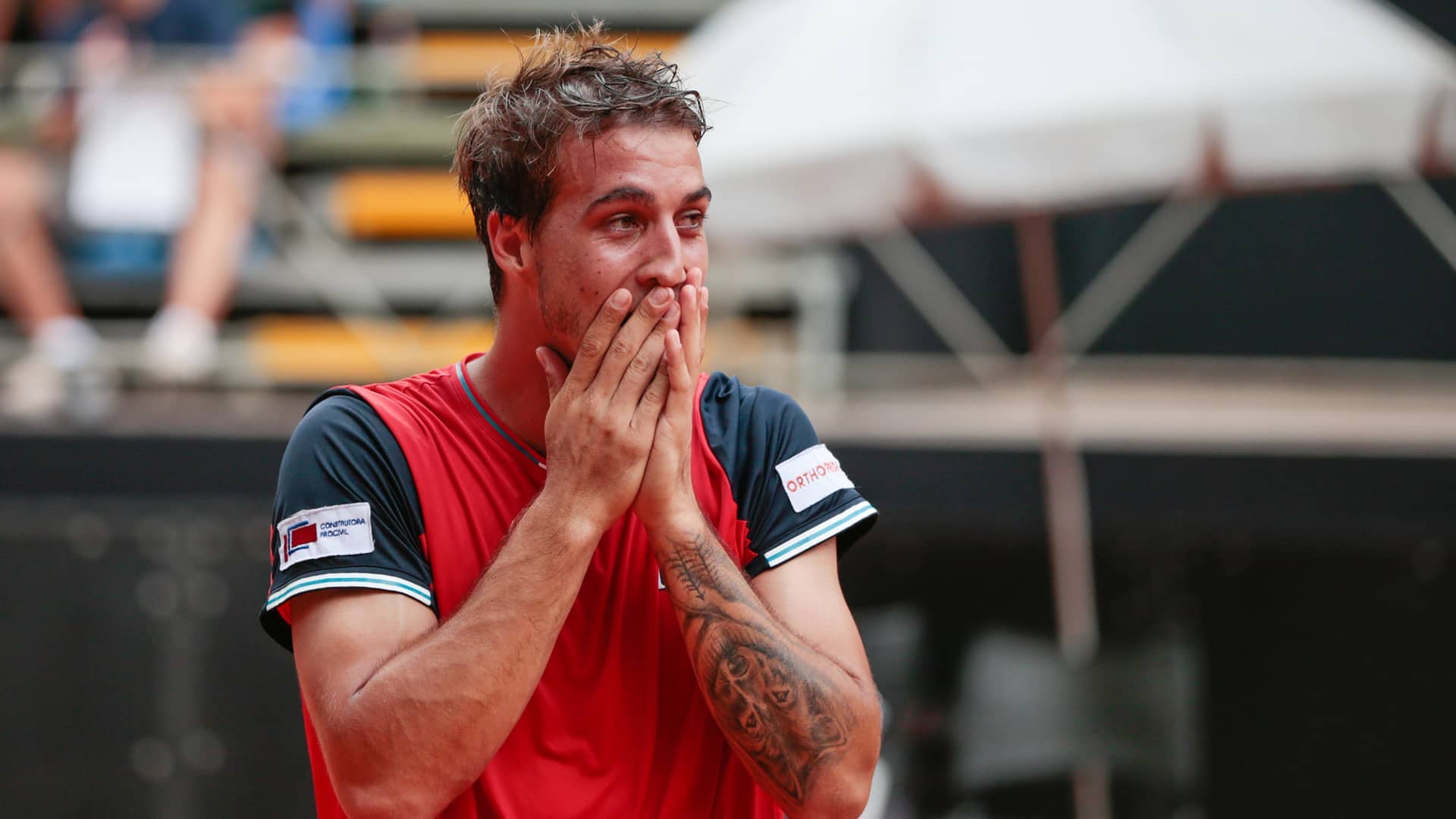