The 2020 Nitto ATP Finals doubles field is complete. Jurgen Melzer and Edouard Roger-Vasselin took the last spot at The O2 when they reached the Sofia Open final on Friday.

Melzer and Roger-Vasselin will make their team debuts at the season finale, to be held in London from 15-22 November. The final spot at the prestigious year-end championships came down to the final week of the FedEx ATP Battle For London.

Melzer and Roger-Vasselin moved into eighth place in the Battle by reaching the semi-finals of the Rolex Paris Masters, putting them in strong position to qualify. When the top seeds won their opening match in Sofia, they forced Murray and Skupski to win the ATP 250 title to have any chance of competing in London.

You May Also Like: Schwartzman Qualifies For First Time To Complete 2020 Nitto ATP Finals Singles Field

The Austrian-French team captured their first ATP Tour team title in October at the St. Petersburg Open, beating Marcelo Demoliner and Matwe Middelkoop 6-2, 7-6(4) in the final. Melzer and Roger-Vasselin also reached the semi-finals at the Dubai Duty Free Tennis Championships (l. to Peers/Venus) in February and at the Internazionali BNL d’Italia in Rome (l. to Chardy/Martin) in October.

The Nitto ATP Finals doubles draw will take place after the Sofia Open final on Saturday. 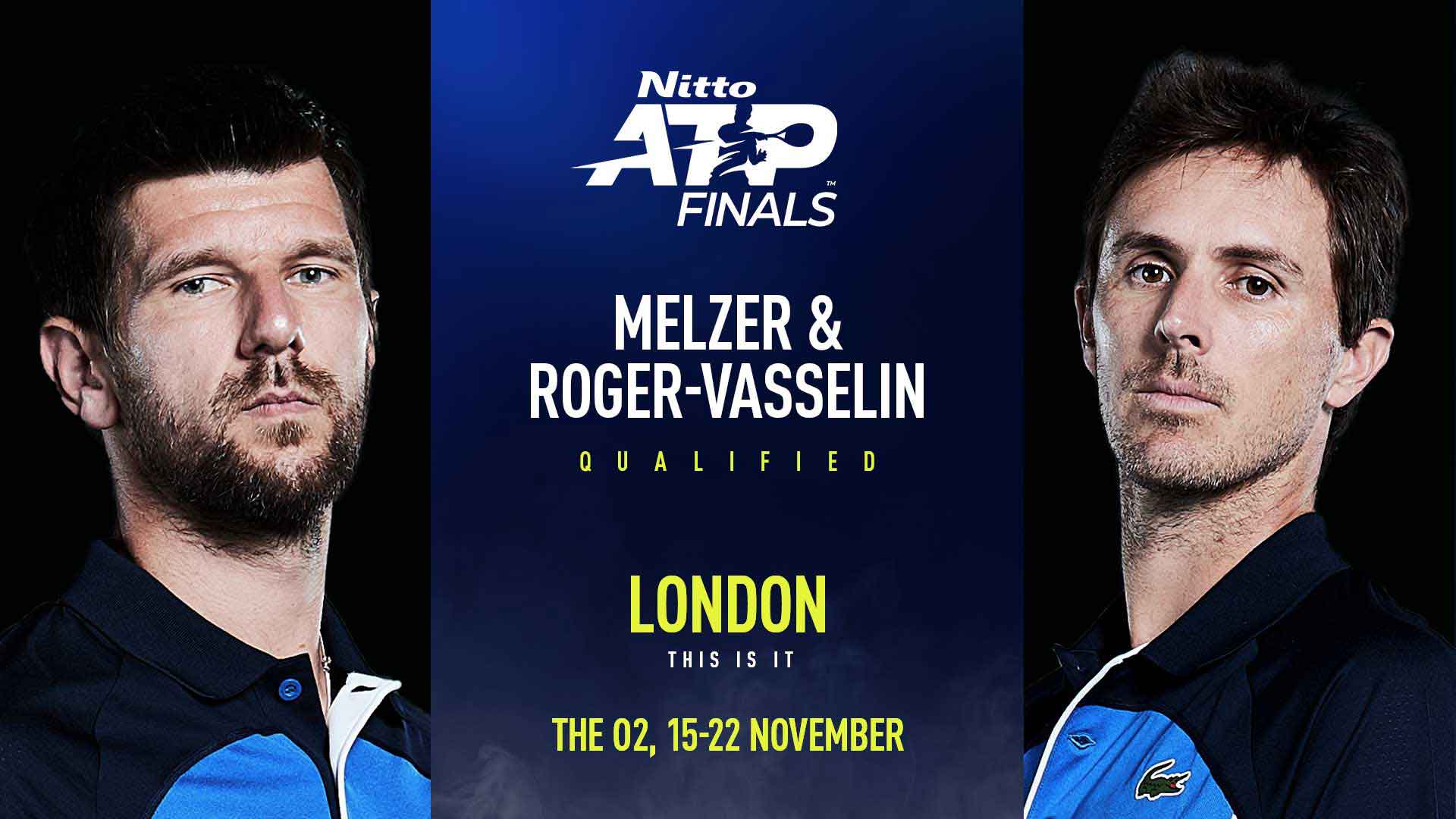