Novak Djokovic, Andre Agassi, Roger Federer and Pete Sampras combined have won 19 of the past 35 editions of the Miami Open presented by Itau.

Magnificent In Miami: The Greatest Champions

Since its beginnings in South Florida in 1985, the Miami Open presented by Itau has been a showcase for the sport’s greatest champions. The tournament’s honour roll reads like a who’s-who guide to the best of men’s tennis, from Pete Sampras and Andre Agassi to Roger Federer and Novak Djokovic.

Ahead of the 36th edition of the ATP Masters 1000 event, ATPTour.com looks back at the greatest champions in Miami history.

You May Also Like: Quiz: Do You Know Your Miami Tennis History?

Ivan Lendl – Titles (2): 1986, 1989
Two of Ivan Lendl’s haul of 94 ATP Tour titles came at this event. The former World No.1 was the second champion to be crowned in South Florida, winning the 1986 edition held in Boca Raton before the event moved to its long-term home in Key Biscayne.

The Czech-American great won a tightly-contested final against Mats Wilander to claim the 1986 title, winning 3-6, 6-1, 7-6(5), 6-4. Lendl also advanced to the 1989 final without losing a set, but received a walkover in the championship match when his opponent Thomas Muster was injured by a drunk driver after the semi-finals.

Andy Roddick – Titles (2): 2004, 2010
Former World No. 1 Roddick racked up 32 ATP Tour titles across his career, including two in Key Biscayne. The American claimed his first title in 2004 with a victory over Guillermo Coria, who retired in the final. Six years later, Roddick won in Miami again to lift his fifth and final ATP Masters 1000 trophy, and his first since 2006. He fired 13 aces and didn’t face a break point in the final to win 7-5, 6-4 against Tomas Berdych. 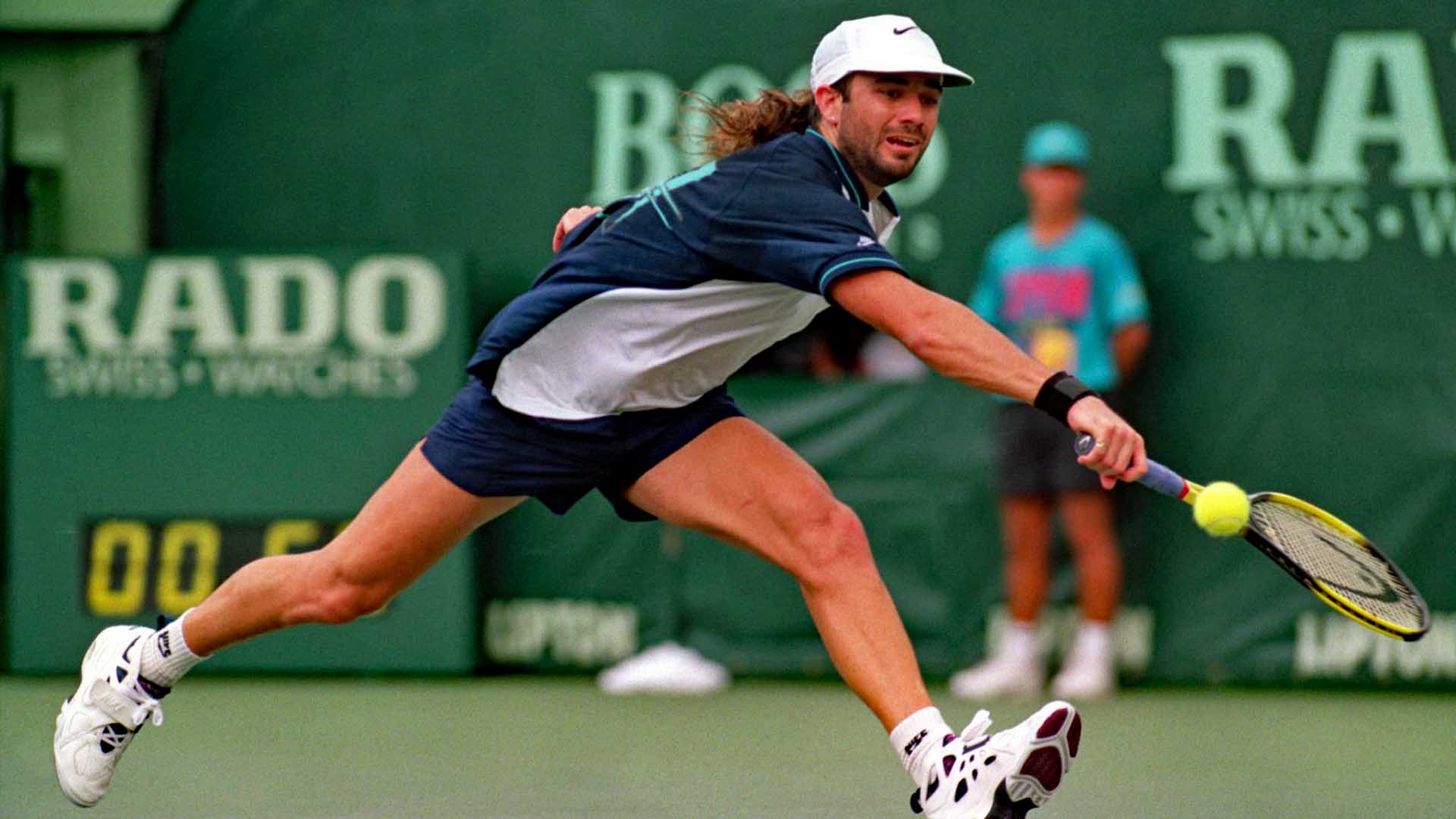 Pete Sampras – Titles (3): 1993-94, 2000
In 1994, defending Miami champion Sampras was sprawled on the floor of the locker room moments before the championship match, suffering due to a stomach illness. In a great gesture of sportsmanship, his opponent Andre Agassi agreed to delay the match by an hour to allow him time to recover. Sampras famously bounced back, finding his form as the match went on to beat Agassi 5-7, 6-3, 6-3.

‘Pistol Pete’ won his third title at the ATP Masters 1000 event in another memorable moment. His late-career clash-of-styles against baseliner Gustavo Kuerten in 2000 is remembered as one of the best championship clashes ever played at the tournament. The American needed a fourth-set tie-break to defeat Kuerten in an instant classic, 6-1, 6-7(2), 7-6(5), 7-6(8).

He would go on to win in Miami three more times, and became the tournament’s oldest champion with his victory in 2019. That year, he was also the first player to triumph at the Miami Open presented by Itau’s new home in Miami Gardens, the Hard Rock Stadium. 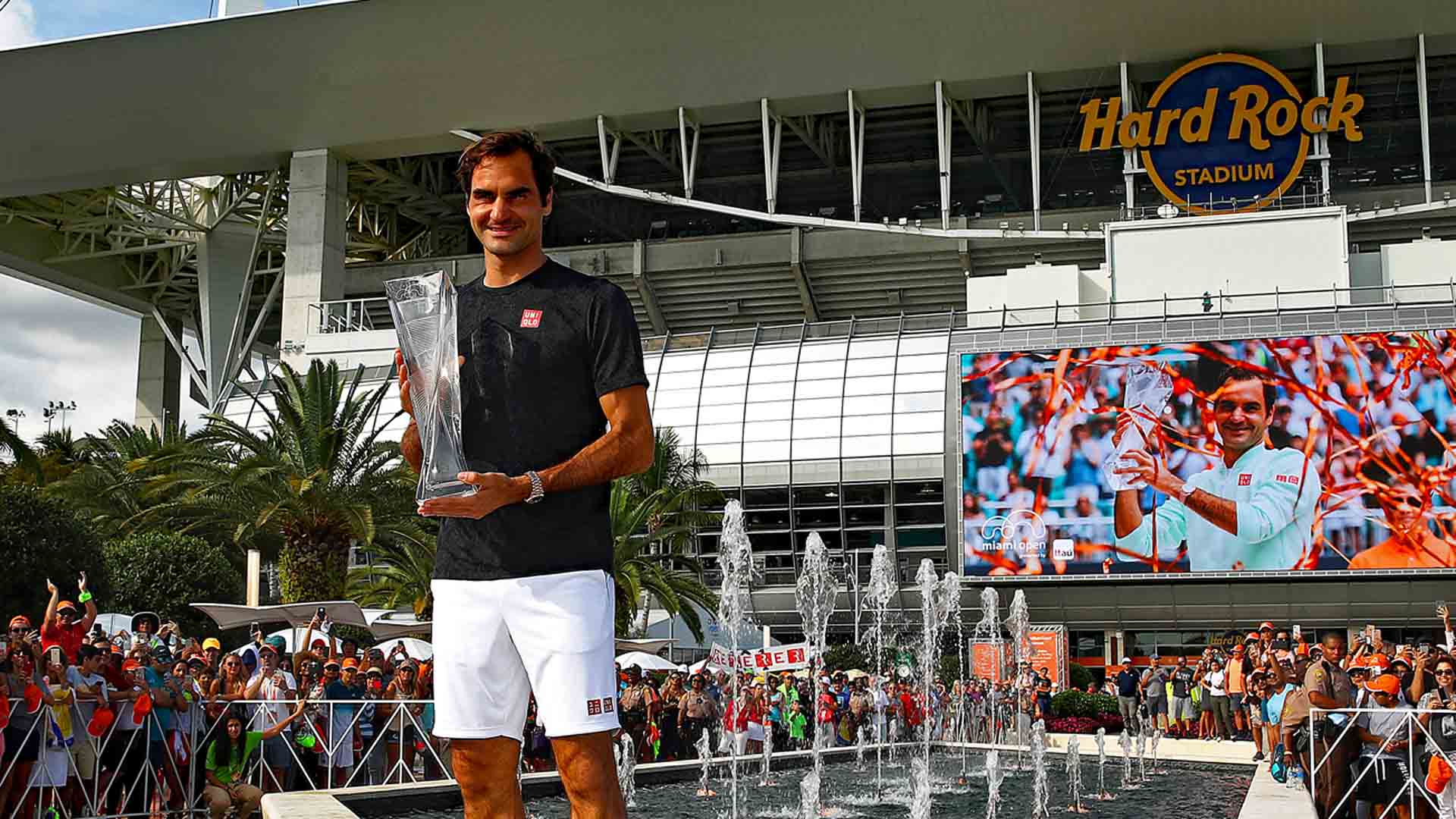 Andre Agassi – Titles (6): 1990, 1995-96, 2001-03
For decades, Andre Agassi reigned as the undisputed king in Key Biscayne. A product of the Nick Bollettieri Tennis Academy in Florida, the Las Vegas-born legend was right at home in Miami where he won six trophies and reached the final another two times. At the height of his rivalry with Pete Sampras, he came away victorious in one of the tournament’s classic finals, winning the 1995 edition with a 3-6, 6-2, 7-6(3) victory.

The former World No. 1 amassed the longest win streak in tournament history: He won 19 consecutive matches from 2001-04, a period during which he lifted the trophy three times. It’s a record that stands to this day.

In fact, only one venue has been more successful for Djokovic than Crandon Park, having lifted nine Australian Open trophies at Melbourne Park. He has dominated in Miami more than at any other ATP Masters 1000 event, including Indian Wells, Rome and Paris (5), as well as the Nitto ATP Tour Finals (5). 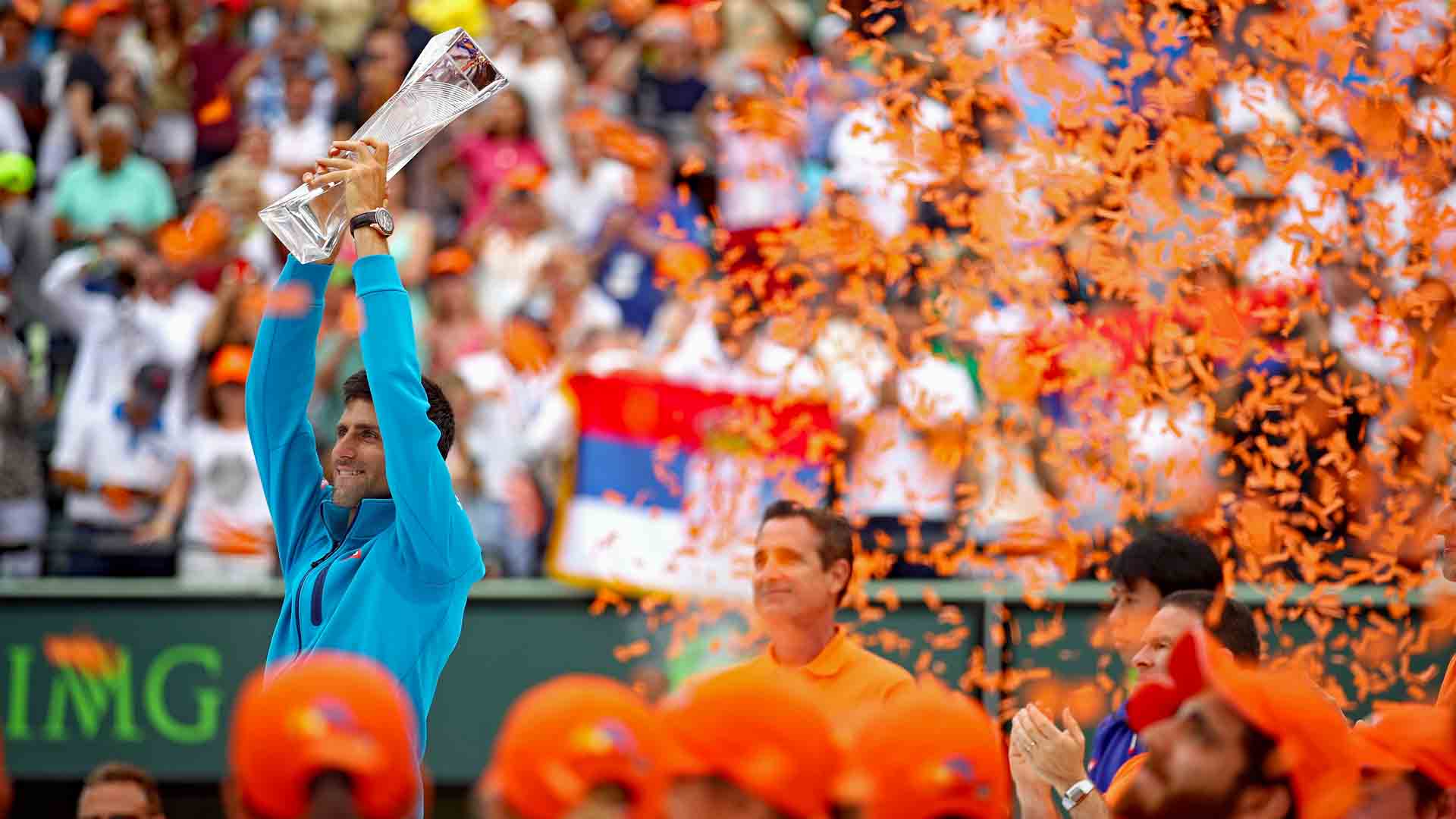 Bob Bryan/Mike Bryan – Titles (6): 2007-08, 2014-15, 2018-19
The most decorated doubles teams in tennis history, Bob Bryan and Mike Bryan are also the winningest team in Miami with six titles to their name. The twin brothers won back-to-back Miami trophies on three occasions, and appeared in another six finals. By the time they retired in 2020, the Americans had racked up an Open Era record 119 trophies in 26-season careers, including all four Grand Slams, all nine ATP Masters 1000s, Nitto ATP Finals (four titles) and an Olympic gold medal.