This week, all roads point to Wimbledon for the 133rd edition of The Championships. Some are a bit more circuitous than others.

Hugo Dellien has taken an unusual route to the All England Club, streaking to the title on the clay courts of Milan on Sunday. Dellien was dominant on the dirt, dropping just one set en route to his fifth ATP Challenger Tour crown and second of the year. The top seed defeated Danilo Petrovic 7-5, 6-4 after one hour and 46 minutes to lift the trophy.

Dellien may have been 6,000 miles from home, but the chorus of cheers throughout the week suggested otherwise. The Bolivians living in Italy came out in droves to support their native son. He says it felt like a home crowd in Milan, with the locals showering him with applause from first ball to last. As he celebrated another Challenger championship, he wrapped himself in the red, yellow and green flag and took a lap around Centre Court to soak in the moment.

"For me, it is special to play in front of my people," added Dellien, who spent over 20 minutes taking selfies with fans and signing autographs after the match. "My results are making tennis known in my country. Many people are proud, the passion is growing and I am the cause of all this. I have the obligation to represent Bolivia in the best possible way and for now I am doing it and we hope to continue like this.

"Personally, I prefer to represent a nation that has never had players, to be the first to start a journey and to be followed by everyone. More than money, the affection and support of an entire country counts."

They love @hugo_dellien in Milan!

The turnaround will be quick for the Bolivian, who completed Sunday's final at 7:30pm local time in Milan. His Wimbledon opener is slated for Tuesday against John Millman. It will be their first FedEx ATP Head2Head encounter and just the second grass-court match of Dellien's career.

"I'm leaving for Wimbledon tonight already," Dellien said. "We will prepare for the match in the best possible way. I have an opponent who beat Federer at the US Open. It will be tough, but I have great confidence. Despite the unfavourable surface I will do my best. The goal is to close the year as close as possible to the Top 50." 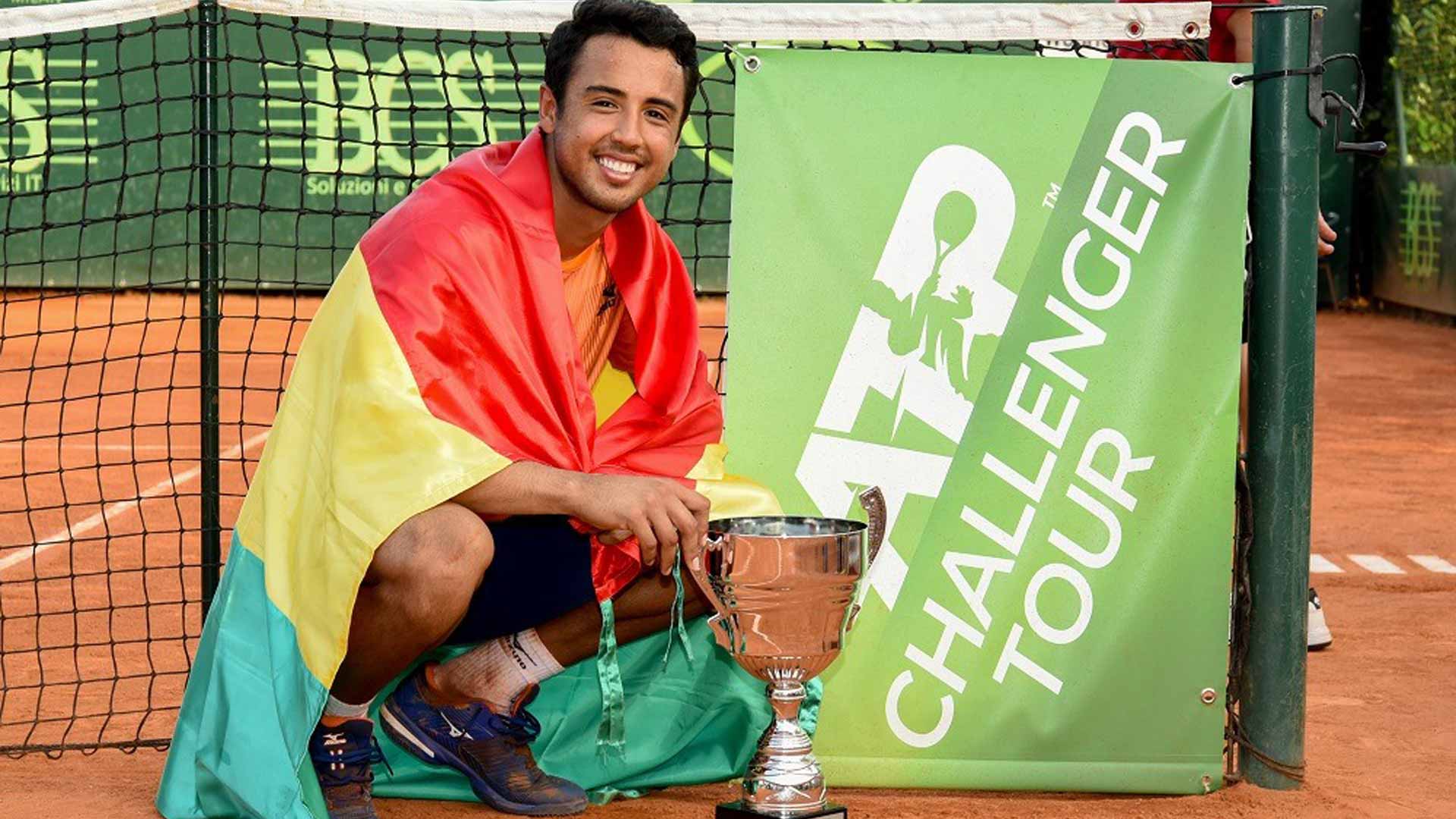 The 26-year-old, who rises 10 spots to No. 83 in the ATP Rankings, added to his trophy haul that includes Santiago, Chile earlier this year. His career-year continues to pay dividends, having also secured ATP Tour quarter-finals in Rio de Janeiro, Sao Paulo and Geneva, and his first ATP Masters 1000 and Grand Slam match wins in Madrid and Roland Garros.

"I wasn't comfortable, I felt nervous," Dellien said of Sunday's final. "I had an obligation to win and there is a big difference between losing in the final and winning the tournament. I held on in a complicated match. Despite not having played as I wanted, I fought with the right spirit and this made the difference."

Dellien was not the only player providing plenty of fireworks this week. Italian teen Lorenzo Musetti reached his first semi-final, joining countrymen Jannik Sinner and Giulio Zeppieri as 17-year-old Italians to reach the last four of a Challenger this year.