John Millman takes time to play with local homeless pets before he begins his title defence in Nur-Sultan.

After spending the past six months abroad chasing success on the court, reigning Astana Open champion John Millman was happy to spend some time relaxing with man’s best friend on Sunday.

The Australian joined Spaniard Jaume Munar, Kazakh legend Andrey Golubev and local hopeful Timofey Skatov to donate food for shelters that look after homeless pets in Kazakhstan. They are hopeful the pets they met on Sunday will soon be able to find new homes.

Millman, who has been unable to return to Australia due to Covid-19 border restrictions, grew up in a household of pets and loved the opportunity to promote a worthy cause.

Munar, who will play Jiri Vesely in the opening round of the 2021 Astana Open, is another who enjoyed the company of pets when growing up in Spain. The 24-year-old, who won an ATP Challenger Tour title in Turkey in February and reached the final of an ATP 250 in Spain in April, said they provided great comfort. Joining the trio of tennis players on the court were dogs Belka and Knopka, along with feline friends Ryzhik, Bagira and Gracey.

“I think it is very important to do this kind of event,” Munar said. “I have pets at home. I love them so much. I have an emotional (connection) with them. I spend a lot of time at home with my dog, also my cat. It is important to let everyone know how they feel and they are almost human beings. This kind of thing, I feel really grateful to have the chance to help out and to spend some time with them.” 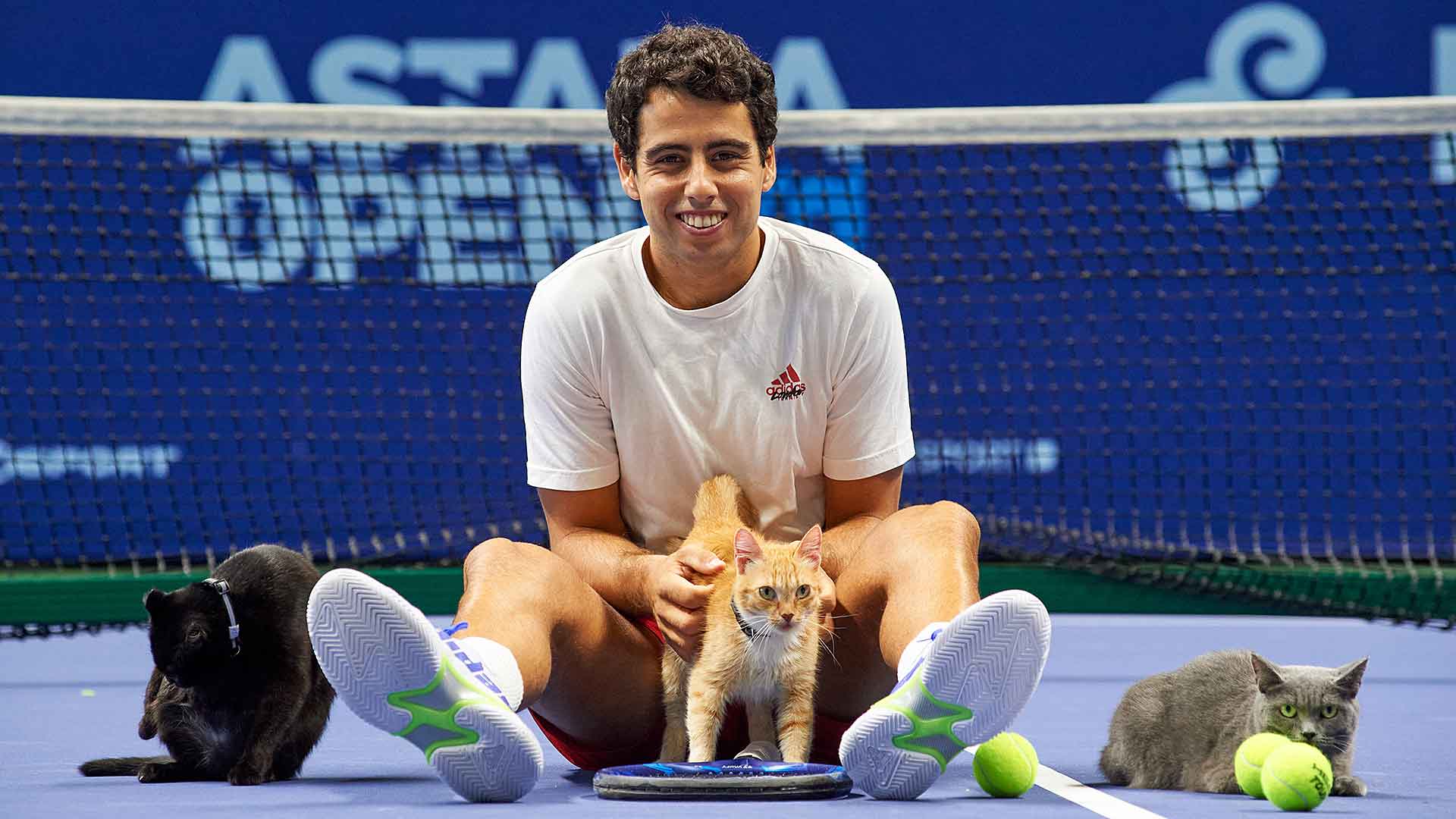 Kazakhstan President Kassym-Jomart Tokayev developed a draft law in 2020 aimed at ensuring the public was aware domesticated animals are dependent on humans.

Munar’s compatriot Alejandro Davidovich Fokina has launched a program in Spain in a bid to protect animals from mistreatment, stating he was motivated by his despair at pets being abandoned.

“I think he is doing a great job and, of course, I would like to let everyone know here and also in Spain the importance of being respectful to the pets and to give a hand if you can,” Munar said.

Millman, who is No. 43 in the FedEx ATP Rankings, said engaging in activities such as the homeless pets project during the tournament was a way to stay relaxed and reflect tennis in a positive way.

“For me, this tennis caper, a big part of it is having new experiences and building good relationships with people from all over the world,” Millman said. “That is the most rewarding thing.”
More stories like this in:
Premier Partner