John Millman congratulates Novak Djokovic on his quarter-final victory at the US Open on Wednesday night.

Millman: "I'll Take A Lot From It"

As John Millman left Arthur Ashe Stadium, he stopped and took a good look around to savour the last moments of his Grand Slam championship breakthrough. Having fallen to Novak Djokovic in the quarter-finals, the Australian will now rise into the Top 40 of the ATP Rankings for the first time on Monday.

“I'll take a lot from it,” said Millman, who beat Roger Federer in the US Open fourth round. “I do feel as if I can compete at a high level. I have always had that belief. It's just sometimes my body hasn't been cooperating. But it's been an unbelievable moment and I just hopefully can take a few snapshots in mind and use that moving forward.

“I have retired in my head maybe a few times throughout my career when things got pretty tough, with my body and stuff. It's those moments, playing on Ashe that makes all that toil worthwhile, and if times get tough down the track, hopefully I can think back to that moment.”

It’s been quite the journey for the 29-year-old, who overcame two shoulder surgeries in 2013 and groin surgery in 2016. He is now 18-16 on the season, which includes a runner-up finish in his first ATP World Tour final at the Gazprom Hungarian Open (l. to Cecchinato) on 1 April.

You May Also Like: Millman Out Of Magic, As Djokovic Keeps US Open QF Streak Alive 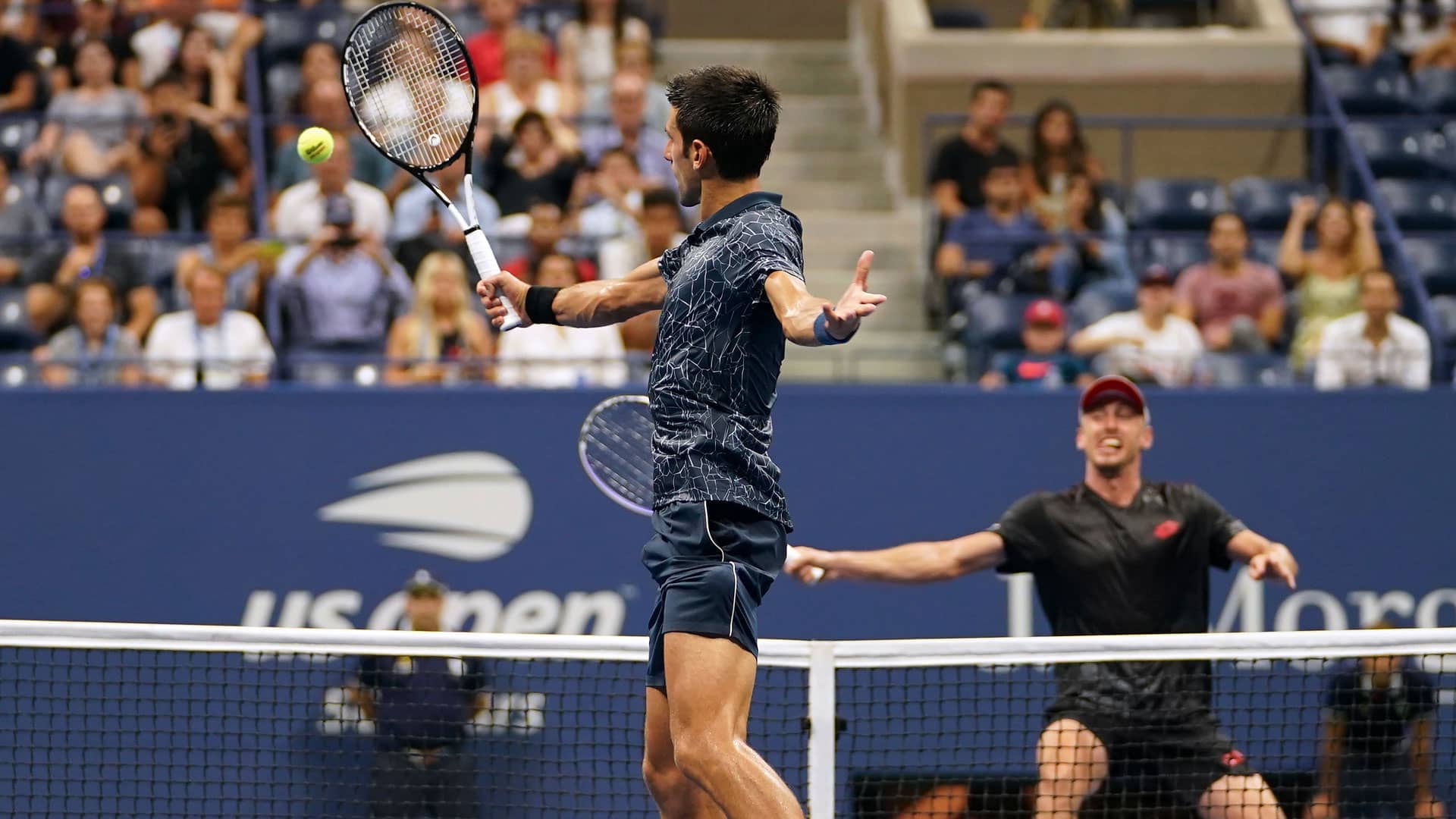 Millman was full of praise for Djokovic at the US Open on Wednesday night and hopes his own performances inspire his fellow Australians to pick up a racquet.

Speaking after his 6-3, 6-4, 6-4 loss, Millman admitted, “I definitely left it all out there today. I pulled up a bit short. I probably didn't execute as well in some of those big moments. If I could have just won a set, I think I could have been in there.

“But Novak is a champion. It's not so easy to play Roger and then to play Novak. I think Novak sometimes flies under the radar a little bit [in comparison to Federer and Rafael Nadal], but the guy's won a lot of Grand Slams, and he knows how to win them and knows what this is all about.

“I think the guy's beat a brick wall once, because he makes you work hard for every point and it's relentless. It's time and time again. And that's the difficulty playing against him.

“He's probably one of the most in-form players after winning Wimbledon and winning [the Western & Southern Open in] Cincinnati, coming into this tournament. It was tricky, but I gave it a crack.”

Millman, who wore his heart on his sleeve at the US Open, added, “Every match in my career, whether it's here, Flushing Meadows, or, some awkward place in the middle of nowhere, that's just what I do. I try to leave it all out there. I definitely left it all out there today. I pulled up a bit short.

“The support has been overwhelming back home. I'm very appreciative of it. I just encourage anyone who's been inspired about our game to get out there and pick up a racquet and give it a go. Because it's a great game and it's taken me to many places.”