Alex Molcan is the champion in Helsinki, claiming his second ATP Challenger title of 2021.

Alex's Ascent: Inside Molcan's Dramatic Rise To The Top 100

Slovakian soars to career-high No. 87

When Alex Molcan embarked on his 2021 campaign, the 23-year-old already knew it would be his best season yet. After years of injury setbacks and struggles to find confidence and consistency, Molcan was finally turning the corner.

Healthy and ready to make his move up the FedEx ATP Rankings, the budding Slovakian star was poised to make 2021 his breakout year.

But a rise to the year-end Top 100 of the FedEx ATP Rankings? Even he admits that was the furthest thing from his mind.

"It's the first time for me in the Top 100 and I'm really happy that I made it this year," said Molcan. "I didn't think it was possible from a Top 300 ranking to get to the Top 100 in one year. I just thank my coaches and my team who made it possible for me to stay healthy. I will try to improve my game even more, prepare well and wish for the best in the next season. We'll see what's going to happen."

Molcan enjoyed one of the biggest jumps to the year-end Top 100 of the FedEx ATP Rankings in 2021, soaring a total of 225 spots. After launching his campaign at No. 312, he would rise to a career-high No. 87 following a title run at the ATP Challenger Tour event in Helsinki on Sunday.

Biggest Movers To The Year-End Top 100

Molcan's story started at the age of five, when his parents introduced him to the game in his native Presov, Slovakia. He also played football and ice hockey, but when the local tennis coaches told him that he had the talent to go far, the decision was made.

While a young Alex had all the tools to take the next step, it was the support of his mother Andrea that proved to be the most critical aspect of his development. He explains that without his mom's sacrifice, which included uprooting her life and moving to the Slovakian capital of Bratislava so her son could train at the best facilities, he would not be in the Top 100 today.

"All good tennis players have to go from home to somewhere else to train and play," said Molcan. "This is my experience, going from my hometown to Bratislava when I was 12. I didn't know anyone but my mother. I went to school there and it was hard, because I was one guy from another city. Every player has to sacrifice something to be good. My mom sacrificed a lot for me to be the person and the tennis player I am today. She always supported me to play tennis and she changed her life because of me." 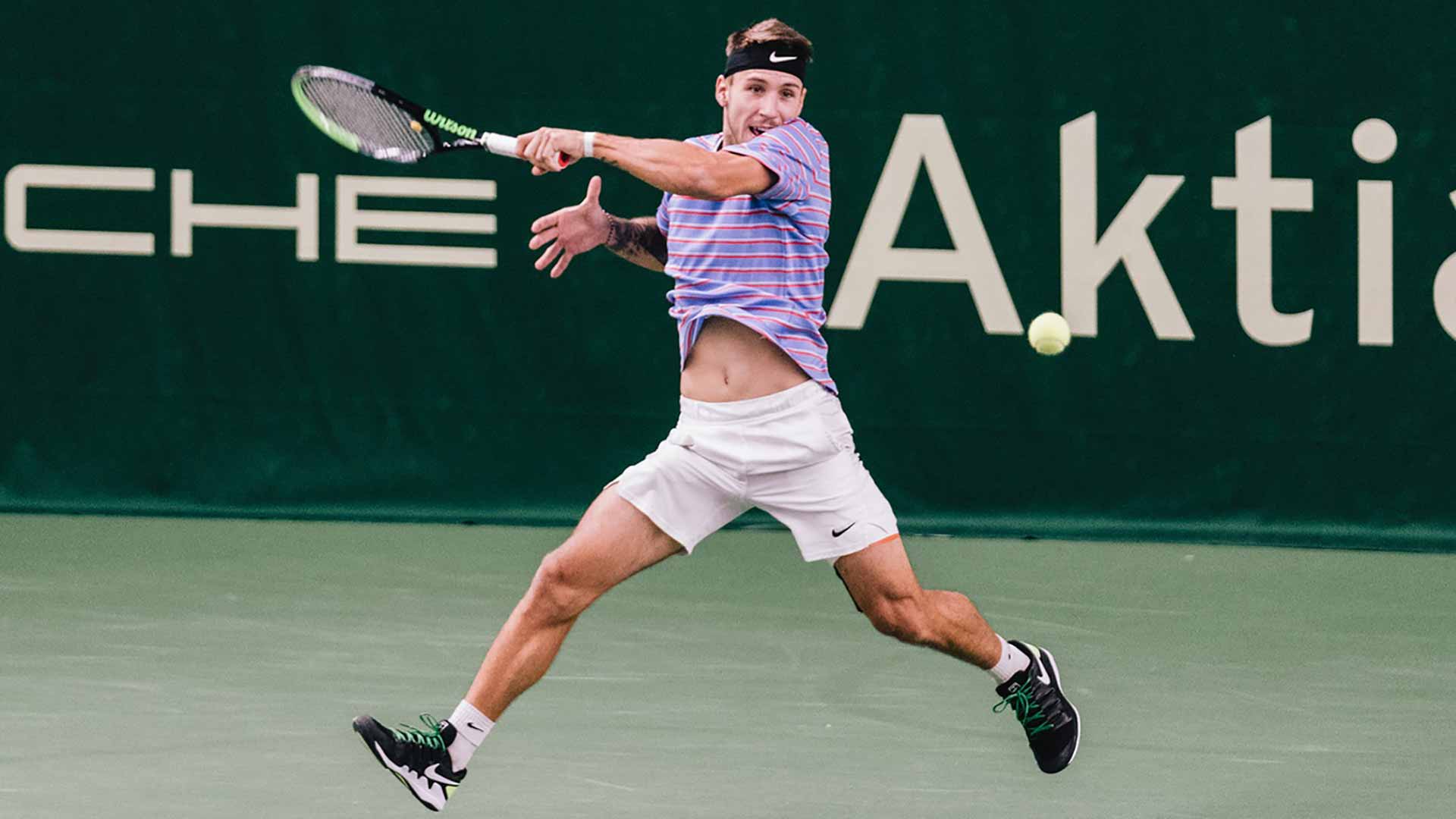 When Molcan's mother moved back to their hometown three years later, it was his time to fly solo and navigate life on the junior circuit. The road to the top is rarely a linear one and following a rash of injuries, the Slovak had many obstacles to overcome to put himself in position to have a successful career.

Shoulder and back ailments plagued Molcan in his teenage years. Without any consistency, he says he was stuck around 300 in the FedEx ATP Rankings as he launched his pro career. The Slovak underwent wrist surgery in 2017 and he would suffer an abdominal tear the following year.

A first Challenger final appearance came in Sevilla in 2018, and that taste of success would drive him to work even harder and dedicate himself physically and mentally to make the most of his opportunities. He entered 2021 ready to take the tour by storm.

"If you want to change, you have to work. This year, we prepared really good. In the winter, we did three weeks training in the mountains in Slovakia. No tennis for 20 days, but a lot of running and working with the other Slovakian players. It was really good for me and I was prepared for the season. Everything is like a puzzle and now I am putting the puzzle together." 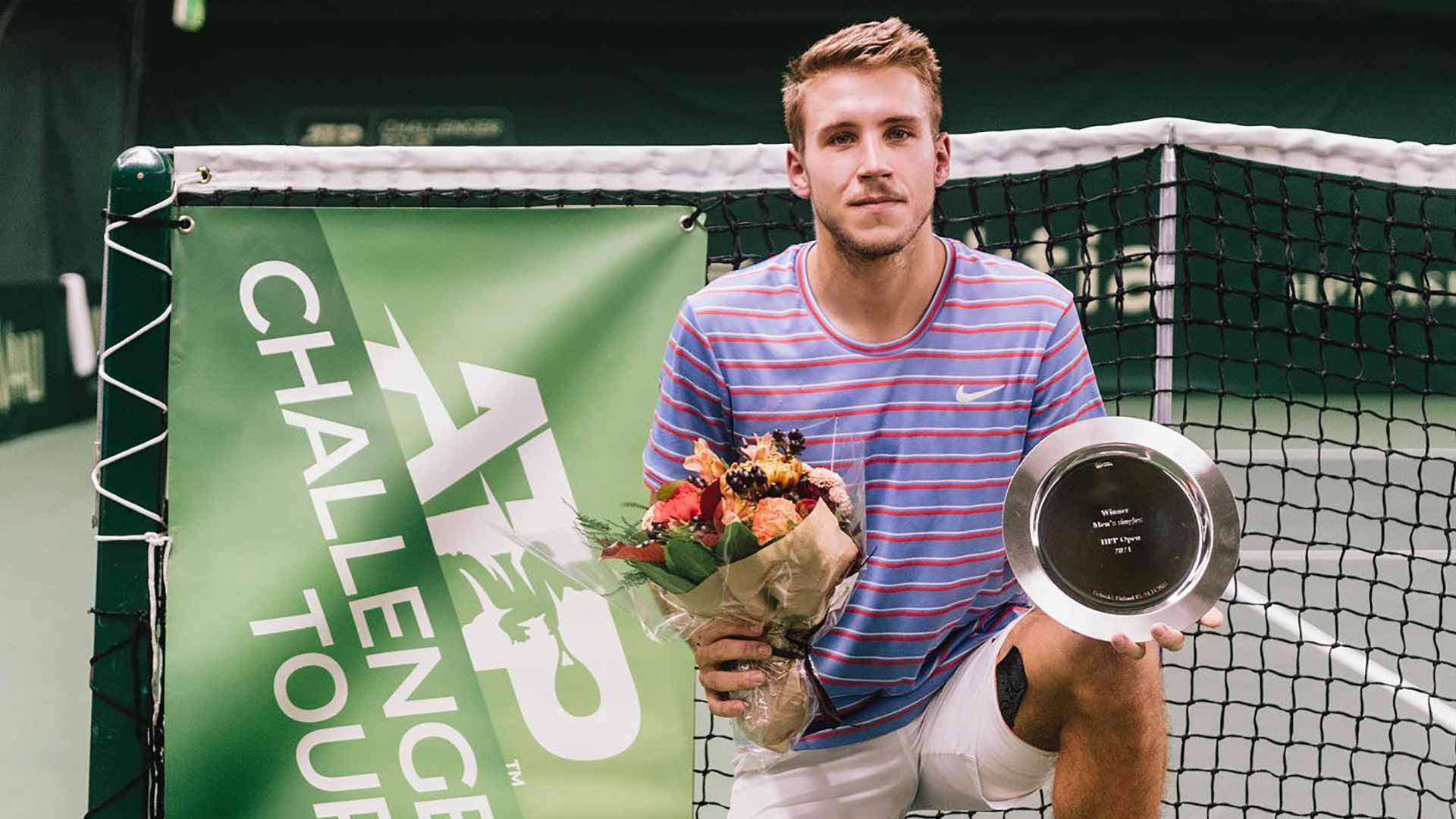 The lone Slovakian in the year-end Top 100, Molcan flexed his muscle throughout his breakthrough season. It all started with a statement win over #NextGenATP star Lorenzo Musetti at the Gran Canaria Challenger in February. From there, he would reach his first ATP Tour final in Belgrade as a qualifier, before falling to World No. 1 Novak Djokovic, and his maiden Challenger crown would arrive soon after in Liberec, Czech Republic.

"I will never forget when we were warming up before the match and the announcer was introducing us and saying 'Novak Djokovic, World No. 1, 18 Grand Slams'. To be there was amazing. I had goosebumps. That tournament was a huge confidence boost. Playing Djokovic in the final was the biggest experience I've ever had. I took a lot of information from that match, to see how Djokovic plays. He's not playing crazy fast and he doesn't have a big serve, but to see his logic and intelligence on the court was big for me. I took a lot of information from him."

Molcan continued to alternate success at both levels, also qualifying for his first Grand Slam, en route to the US Open third round. And he would conclude his campaign in dominant fashion, reaching back-to-back Challenger semi-finals in Bergamo and Bratislava, before lifting his second crown in Helsinki, Finland, on Sunday.

"I'm really happy that the last tournament of the season is a winning tournament," Molcan added. "Top 100 is of course something every single player is dreaming about. Now that I'm there, I will try to get to an even better place and focus on having a good preseason and play well next year."

Get To Know Alex
Tennis idol: Rafa, of course. The way he is fighting all the time, his mentality and his forehand. It's crazy. I love to watch him more than anyone else.

Biggest passion: Cars. I am a car guy. From the expensive ones, my favourite is Ferrari. From the normal cars, it has to be BMW. I own a BMW 340i. It's fast. I'm also a fan of Formula One. Since I watched the Netflix show 'Drive to Survive' and they are showing the background of the sport, I like it more. That's why I like Ferrari.

Favourite food: At home, it's pancakes with Nutella and whipped cream. On tour, it's sushi. You can get good sushi everywhere, but I love it. During the US Open, we went to Nippon, the first Japanese restaurant in New York City.

Tattoos: I like tattoos. When I was 18, I got my first tattoo. It is my mother's birthdate. That was the starting point and I knew I would have more. I like how they look. Every year in the winter, usually in November and December, I am getting something. I find meaning in the tattoos. I have a tiger on my right arm and I like the Asian culture, so I have a temple, a lotus flower and a buddha too. Many things. I also like mythology and animals.