Matteo Berretini celebrates reaching the US Open semi-finals with victory over Gael Monfils on Wednesday.

Matteo Berrettini dug deep on Wednesday to become just the second Italian man in tournament history to reach the US Open semi-finals.

Berrettini was left to rue striking a nervous 76 m.p.h. double fault on match point when serving at 5-4, 40/30 in the deciding set. Two points later, with the error weighing heavily on the 23-year-old’s shoulders, Monfils earned the break when Berrettini hit a forehand into the net.

Two further match points went begging at 6-5, with Berrettini striking a running forehand into the net when Monfils was serving at 30/40; then, when Monfils showed no fear at Ad-Out to force a backhand error. A third opportunity at 6/4 in the tie-break was saved, before Berrettini finally completed his 34th match win of 2019.

You May Also Like: Find Out What Has Spurred Matteo Berrettini's 2019 Surge

Berrettini, who matches the feat of compatriot and 1977 semi-finalist Corrado Barazzutti, will next play the winner of second seed and three-time former champion Rafael Nadal and No. 20 seed Diego Schwartzman of Argentina on Friday. Berrettini has not met Nadal before, but is 1-1 in two 2019 FedEx ATP Head2Head matches against Schwartzman.

With the biggest of his Grand Slam championship victory of his career, Berrettini jumps from 14th to ninth position in the 2019 ATP Race To London for a spot at the Nitto ATP Finals, to be held at The O2 in London from 10-17 November. Berrettini has won two ATP Tour crowns in 2019 at the Hungarian Open in Budapest (d. Krajinovic) and at the Mercedes Cup in Stuttgart (d. Auger-Aliassime). He also finished runner-up at the BMW Open by FWU in Munich (l. to Garin).

Berrettini, who lost to Denis Kudla in the 2018 US Open first round, hit 53 winners, including 15 aces past Monfils, who committed 51 unforced errors and struck 17 double faults.

Monfils dominated on serve, capitalising on early nerves from first-time major quarter-finalist Berrettini in the first set. Surprise attacks and forays to the net by Monfils ensured Berrettini never settled and at 2-3, two consecutive forehand errors gifted the first break. By the close of the 32-minute opener, Berrettini had committed 14 unforced errors – 10 of which came off his forehand wing.

Monfils, continually dangerous on wide running forehands, didn’t let up as he broke in the first game of the second set. However, a lapse in concentration gave Berrettini a foothold and a route back to 2-2. Monfils began to slow in the humid conditions and double faults, in addition to just two second-service points won, saw Berrettini gain the momentum and break for a 5-3 advantage. Monfils ultimately surrendered the set, seeking his courtside chair and a chance to regroup. 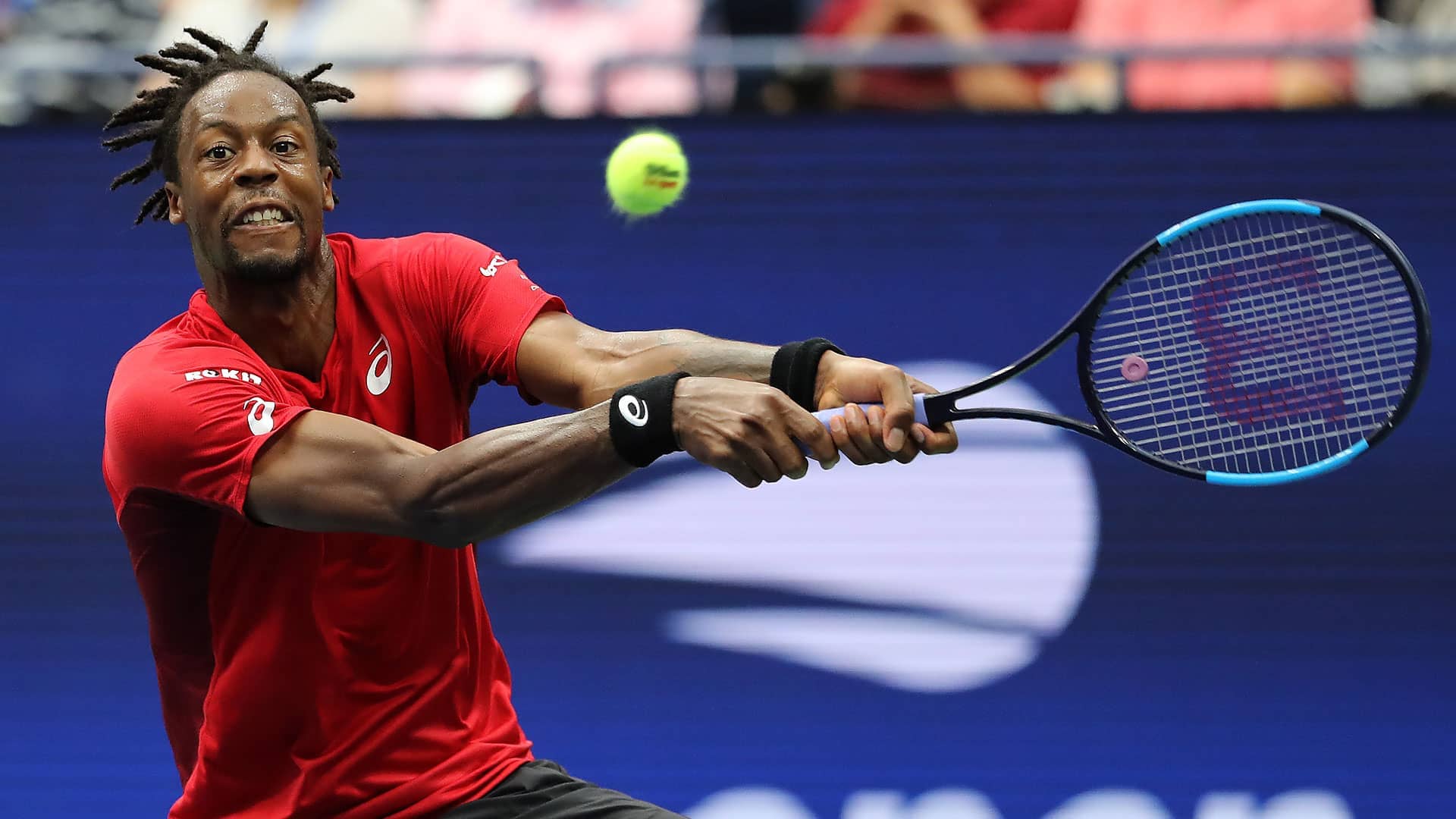 In a reversal of fortunes, Berrettini clinched another break early in the third set prior to Monfils requesting that the floodlights of Arthur Ashe Stadium get turned on, with rain clouds overhead. The roof was subsequently closed with Berrettini leading 4-2, after one hour and 47 minutes of play, and upon the resumption a lethargic Monfils struck three double faults in a 16-point seventh game.

Monfils used the support of the crowd to wrestle control away from Berrettini in the fourth set, by converting his fifth break point in the fourth game. Thereafter, Monfils began to conserve energy for his service games, keeping rallies short and prepared for a deciding set.

Monfils’ challenge looked to be over early in the decider, when a forehand into the net gave Berrettini the early initiative. Monfils recovered to 1-2, but was soon unable to showcase his powerful and athletic game. Berrettini took a 5-2 advantage, before nerves and Monfils' bigger match experience ensured a tense finale.

Monfils, who is 11th in the 2019 ATP Race To London, drops to a 30-12 match record on the season that includes his eighth ATP Tour title at the ABN AMRO World Tennis Tournament (d. Wawrinka) in February.