The home favourite, who triumphed at this ATP 250 event in 2010 and 2014, saved five of the six break points he faced to beat the World No. 104 after one hour and 13 minutes. Monfils has now made the semi-finals in Montpellier in five of his seven appearances, and he has never lost in the quarter-finals (5-0).

Both men made more than 70 per cent of their first serves, but Monfils struck nine aces and did a better job backing up his second serve points — winning 44 per cent of those points to Gombos' 29 per cent — to secure his win.

The top seed will next play seventh seed Filip Krajinovic, whom he defeated in their only previous ATP Head2Head meeting at 2015 Miami in a third-set tie-break. Monfils is off to a 6-2 start in 2020 after going 1-1 at the ATP Cup and reaching the fourth round of the Australian Open. 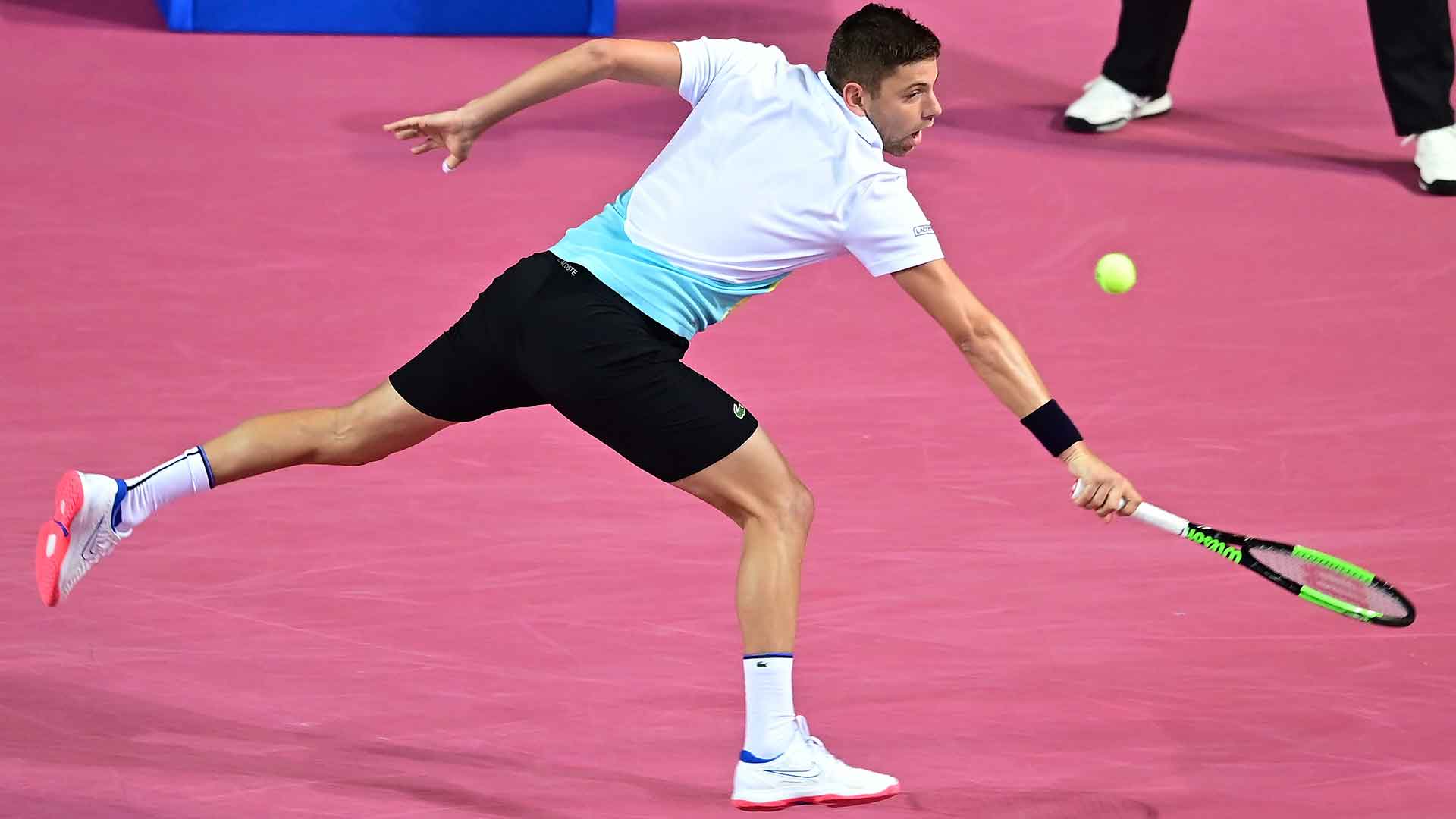 Second seed David Goffin took a 5-0 ATP Head2Head lead against close friend and home favourite Pierre-Hugues Herbert with a 6-4, 7-6(5) victory to close out the day's action. Goffin, the World No. 10, is pursuing his first ATP Tour title since 2017 Tokyo. He will next play Canadian Vasek Pospisil.

The World No. 132 led three-time former champion Richard Gasquet 6-1, 1-0 when the Frenchman retired after 32 minutes of play. Pospisil made his lone tour-level final at the 2014 Citi Open.

Serbian/Croatian Team Reach Doubles Final
Nikola Cacic and Mate Pavic recovered from 1-4 down in the first set en route to a 7-6(3), 7-5 victory over Tomislav Brkic and Ante Pavic for a place in the Montpellier doubles final.