A Game Of Inches: Ivo Meets His Match In Monterrey

Josh Meiseles
This article contains:
For once, Ivo Karlovic wasn't the tallest athlete on the court

For the past 18 years, Ivo Karlovic has towered over his opponents on the ATP World Tour. Tennis is a game of inches and the 6'11" Croatian has been unrivaled in that department for most of his career.

But this week at the ATP Challenger Tour event in Monterrey, Mexico, Karlovic finally met his match. Following his second round victory over local hero Lucas Gomez, the 39-year-old had the opportunity to meet Mamadou N'Diaye, the world's tallest basketball player.

It was a sight to behold. Karlovic and his 6'11" frame dwarfed in comparison to the 7'6" N'Diaye. A whole seven inches separated the two athletes, as they stood at the net and shook hands. It isn't often that Karlovic looks up to someone and he exclaimed it was one of the strangest experiences of his life.

That rare moment @ivokarlovic is shorter than someone on the court.

Members of the pro 🏀 team @Fuerza_Regia met Ivo after the 🇭🇷 moved into the QF in Monterrey. pic.twitter.com/L69Tz5CS9L

"It was crazy," Karlovic said. "I felt normal. For once in my life I was around someone else like me. It's nice to see someone else that tall. And his hand was so big too. I've never met someone that tall and it was strange to shake his hand, because mine felt so small. But in this world of everyone being so little, I like it."

N'Diaye, a native of Senegal, played college basketball at UC Irvine in California and is now competing professionally for Fuerza Regia in Monterrey. He joined three of his teammates on Stadium Court to meet Karlovic and exchange autographs and photos. For one moment, the world's tallest tennis player and the world's tallest basketball player stood on the same court. A murmur echoed throughout the crowd as fans took in the phenomenon. 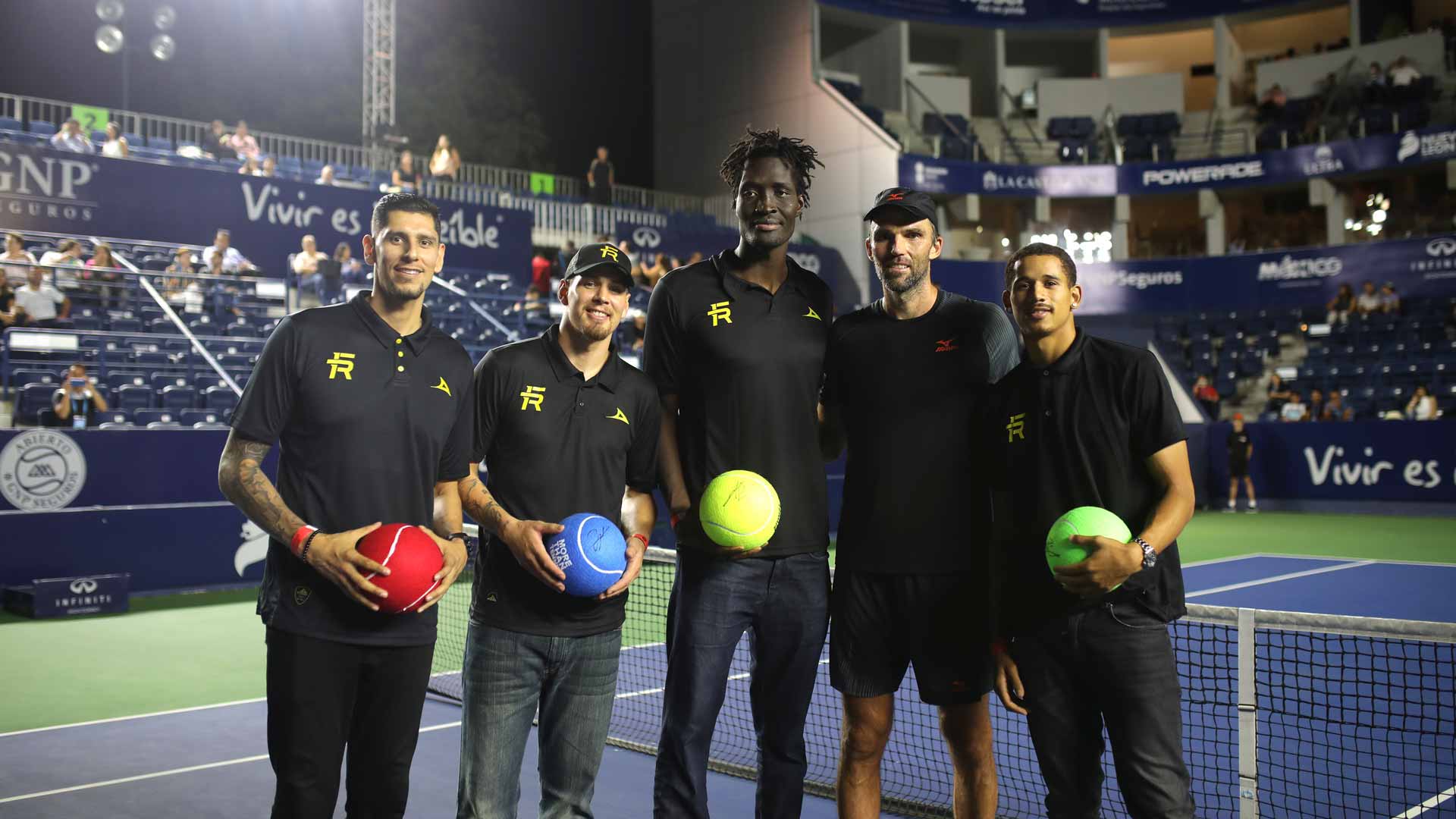 Karlovic, who is into the semi-finals at the Abierto GNP Seguros, is seeking a late-career resurgence as he makes one last push to return to the Top 100. At No. 137 in the ATP Rankings, he will turn 40 in February, but admits that as long as he continues to win matches, he is far from hanging up his racquet. With one of the most lethal serves of all-time, the ace king is confident he can return to form.

"Earlier this year I was struggling with motivation," Karlovic added. "But that's all behind me. I'm hoping that I can do well in the next couple of events on the Challenger Tour, and it will give me a ranking boost. Getting into the Australian Open is my goal now."

You May Also Like: Ferrer, Escobedo Launch Star-Studded Monterrey Challenger

The eight-time ATP World Tour champion is hoping his time on the ATP Challenger Tour is brief, but acknowledges the level of competition is tougher than ever. Every opponent is just as hungry as the next to rise the ATP Rankings.

"I know it is difficult because there are many younger guys who are up- and-coming. They are all feeling good and people don't understand that players here have a high level of competition. It is always difficult, with every match."