David Ferrer and Ernesto Escobedo kick off the Monterrey Challenger.

Josh Meiseles
This article contains:
The award-winning Abierto GNP Seguros welcomes players and fans for a fourth edition at the Club Sonoma

David Ferrer vs. Thanasi Kokkinakis in the first round of a Challenger? It's a showdown fit for the ATP World Tour, but on Tuesday it will take centre stage at the Abierto GNP Seguros in Monterrey.

In 2015, the elite $150,000 event celebrated Tournament of the Year honours in its inaugural installment on the ATP Challenger Tour. This week, they are back for a fourth edition.

With a dedicated team focused on improving the Challenger experience for its players and fans, the world-class tournament is not only a crown jewel in Latin America, but on the circuit as a whole. As the ATP Challenger Tour continues to expand its presence in Mexico, with new standout events in Mexico City and Puerto Vallarta, in addition to the second-longest running tournament in San Luis Potosi, the event in Monterrey is setting the bar once again.

One of the most picturesque and striking tournaments, the Abierto GNP Seguros is located at the base of a vast mountain range extending from the United States to Central America. Peaks tower over the Club Sonoma, contributing to the event’s intimate atmosphere.

This week, the tournament welcomes David Ferrer, who is competing in the last Challenger of his career. The Spanish veteran is set to retire from professional tennis in 2019 and decided to return to Mexico, where he has enjoyed great success over the years. A four-time champion at the ATP World Tour 500 event in Acapulco, the former World No. 3 opens with a blockbuster clash against Thanasi Kokkinakis.

"They invited me to come here and I could not refuse," said Ferrer. "It is going to be a great first match against Kokkinakis, a great player. I really hope that the fans enjoy our match and take in some good tennis.

"The truth is that I have great memories of this country. Mexico has always been a home for me and I actually came here on vacation many times. It was here that I asked my wife to marry me.

"It is my first time in Monterrey and I wanted to come to a city where I never was. I've been here for two days and they have treated me like family."

It will be the first encounter between the 36-year-old Ferrer and 22-year-old Kokkinakis, when the pair clash under the lights on Tuesday. The Aussie, who recently lifted his second Challenger trophy on the hard courts of Aptos, is looking to continue his ascent towards a Top 100 return. 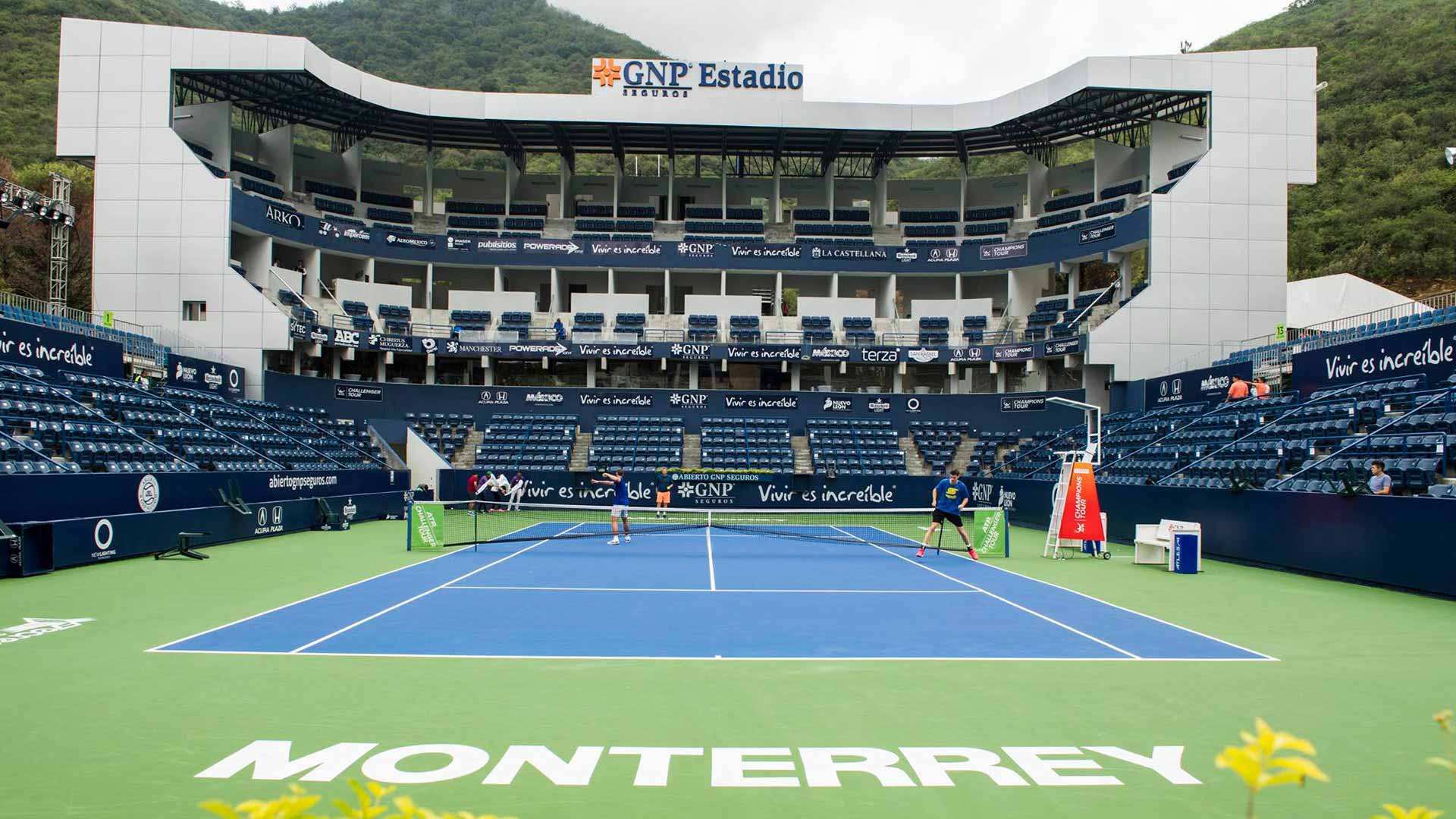 "You don't expect to come to a Challenger and play Ferrer in the first round, but it is what it is," Kokkinakis told ATPWorldTour.com. "I'm looking forward to it. It should be a good crowd as a night match. I'm playing the next seven weeks through the end of the season, so it's a nice way to kick it off. I haven't played since the US Open, so it's a good test to see where I'm at.

"I practised with him once in Shanghai when I was 18 and he chopped me. He just didn't miss a ball. I missed a lot that day, so hopefully things go a bit differently this time. It's going to be fun and good match. He's just a work horse. He doesn't give anything free. He doesn't have a weakness. He's super quick and super competitive and knows where to put the ball to make you uncomfortable. That's why he's been so good for so long."

On Sunday, Escobedo and Ferrer launched the tournament with a game of mini-tennis at the San Pedro de Pinta plaza in downtown Monterrey. They signed autographs, took photos with fans and interacted with local artist Zavala Eliud, who painted the event's official mural. Escobedo, a California native of Mexican descent, won his second Challenger title in Monterrey two years ago. 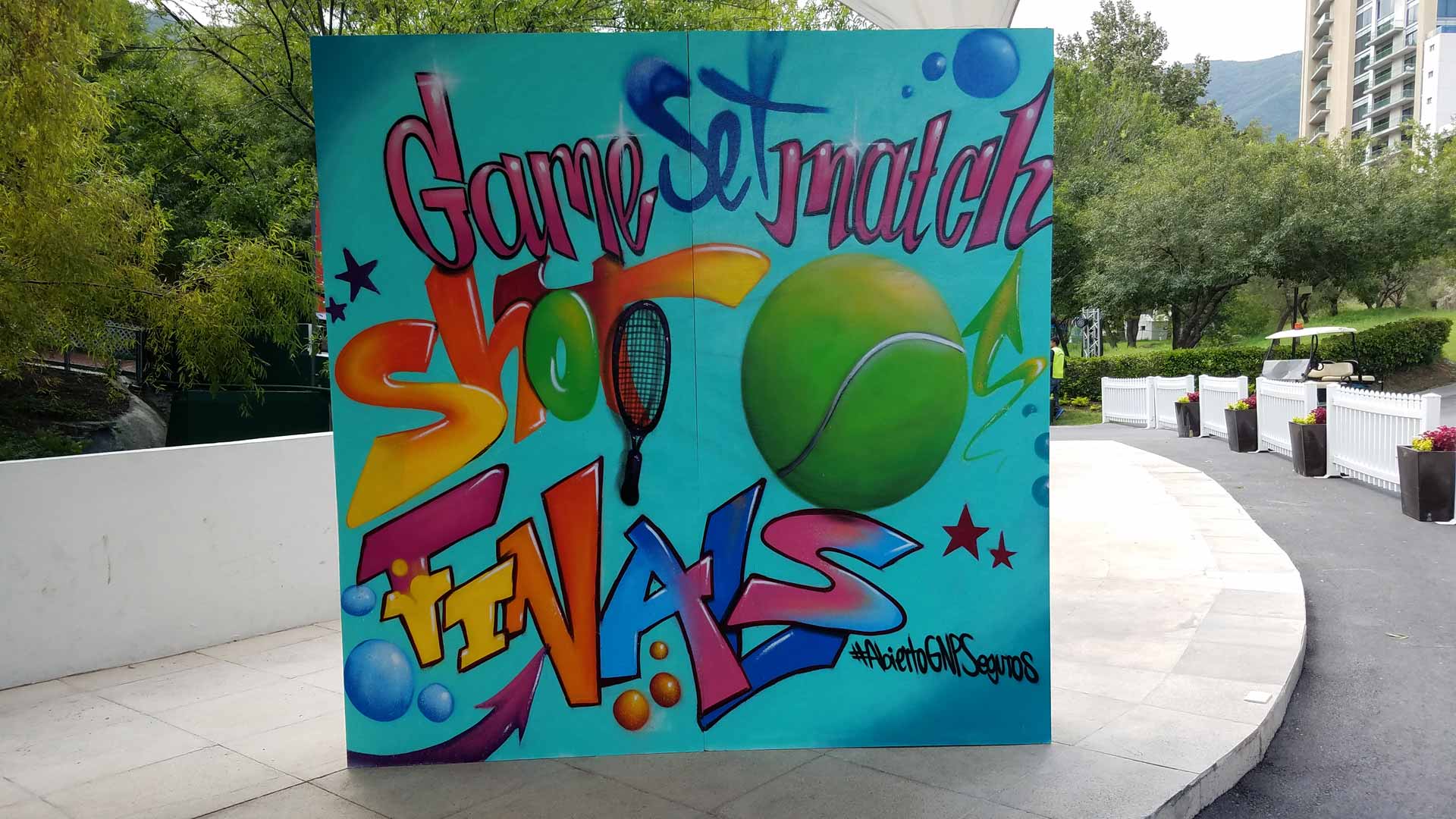 Main draw play at the Abierto GNP Seguros kicked off on Monday.