Spaniard does not drop a set all week

One week after clinching his 20th Grand Slam title at Roland Garros, Rafael Nadal was back at home in Spain, spending his Sunday morning watching a final on the ATP Challenger Tour.

Nadal's countryman and fellow Mallorca native Jaume Munar was competing in his first Challenger championship in nearly a year, in Lisbon, Portugal. Understanding the magnitude of the moment, the World No. 2 was ready to provide any words of wisdom that his young compatriot needed, ahead of the final.

"Rafa is someone I trust a lot and who helps me a lot," said Munar. "Even today, before the final, I spoke to him. He told me to try to be calm, to follow my path and to continue my work like I've been doing all week."

The advice paid off. Munar took a big step in his quest to return to the Top 100 of the FedEx ATP Rankings, as the 23-year-old completed a dominant week at the Lisboa Belem Open. After dropping a combined seven games in the quarter-finals and semi-finals, Munar overcame home hope Pedro Sousa 7-6(3), 6-2 in the championship. The top seed defeated the second seed in one hour and 19 minutes to lift the trophy.

"What you see on the court is the result of a lot of hard work and Rafa knows that. I train at his academy [the Rafa Nadal Academy by Movistar] and my coach [Tomeu Salva] is his best friend, so I spend a lot of time with him on and off the court. It is a privilege." 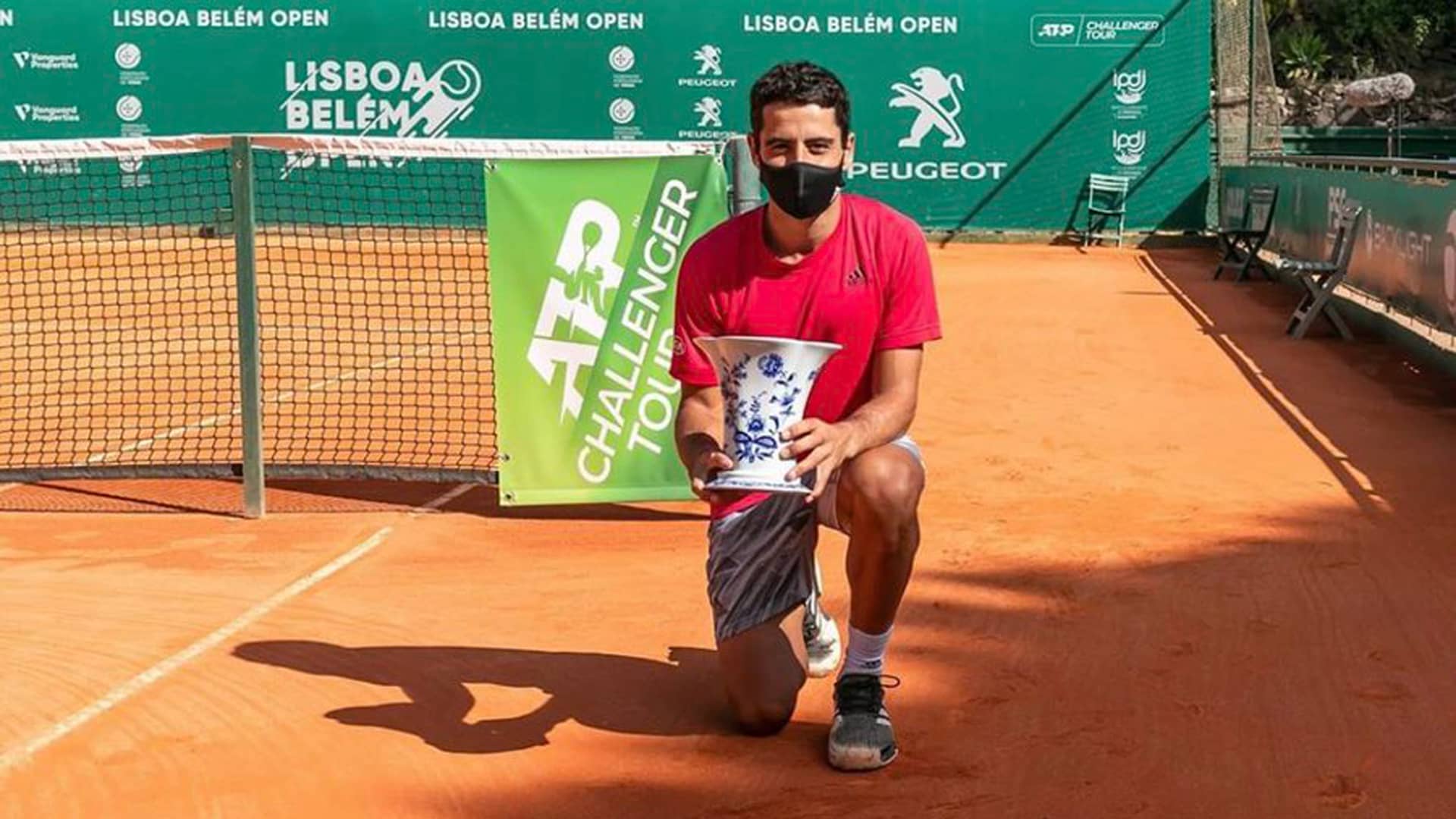 It marked the fourth straight year that Munar has emerged victorious on the ATP Challenger Tour, securing his fifth title in total. Nearly one year ago, the Spaniard prevailed on the clay of Montevideo, Uruguay, and his return to the winners' circle in Lisbon was well worth the wait.

Munar, who ascended to a career-high No. 52 in the FeEx ATP Rankings in May 2019, is pushing towards a Top 100 return. He rises to No. 108 with his victory in the Portuguese capital.

"It was a very good week," said Munar. "I've been playing well for a long time and I showed that when I'm feeling loose I play at a high level. This week I had good experiences and feelings and I will try to maintain this going forward... I'm happy with my title, but the real winners are the ones who make tennis tournaments possible in these tough times. I'm very grateful to be playing."

"I have played several tournaments here, in Portugal. I try to come here as much as I can, because I love the country, the people and the way they treat me. The climate is similar to that of Mallorca and many people speak Spanish, so I feel a very nice connection."

Drop shots, lobs, forehand blasts. @jamunar_38 had it all going in the Lisbon final.

Fourth straight year with an #ATPChallenger 🏆 for the 🇪🇸. pic.twitter.com/wk9FkuGkD1

Munar is the third consecutive Spanish champion in Lisbon, after Tommy Robredo prevailed in 2018 and Roberto Carballes Baena triumphed a year ago.

Sousa, meanwhile, was competing in his second Challenger final in three weeks. Also the runner-up in Split, Croatia, the 32-year-old rises to No. 110 in the FedEx ATP Rankings.

"When you reach a final, it's always a positive week," said Sousa. "That gives me confidence, because I won a lot of matches. It was a good week for me. I'm playing well. I went to Roland Garros feeling good and then I made a final [in Split] and this week another final. It feels like my level is high at the moment."