Stan Wawrinka and Andy Murray enjoy a chat before the trophy ceremony in Antwerp, where Murray captured the title.

Murray's Journey From Tears Of Pain To Tears Of Joy

Last year at the Citi Open, Andy Murray visibly broke down into tears after defeating Marius Copil in a match that ended past 3 am in Washington, D.C. Those emotions didn't just come because he won, but because the Scot had underwent hip surgery earlier in the year and was struggling through the pain during his comeback.

Little did he know that more than 14 months and another hip surgery later, he would be in tears after a match again. This time, it was after defeating Stan Wawrinka in Antwerp to win the European Open, the first title of his singles comeback.

“I don’t know why you get emotional about certain things or the reason for why it comes. Everyone is different,” Murray said. “It was because the past few years have been hard for me and tennis is something that I love doing and today was unexpected and yeah, there’s lots of reasons for me to be emotional today.”

You May Also Like: Murray Beats Wawrinka In Antwerp Epic To Win First Title Since Hip Surgery

Before Antwerp, Murray competed in three tournaments in Asia — Zhuhai, Beijing and Shanghai — and ahead of the trip the Scot spoke with his team to discuss goals for what he wanted to achieve.

“I just want to try and be competitive. I want to feel like when I’m on the court I’m not getting smashed, that I’m making it difficult for them and competing as best I could,” Murray told his team.

“I wasn’t thinking I’m going to win tournaments or I’m going to be beating guys like Stan and Berrettini and pushing guys like Fognini close. I just wanted to feel like I was competitive. This has come as a surprise to me and my team.”

Murray did not win a set in his first two tour-level matches back on the singles court in Cincinnati and Winston-Salem. When he arrived in Antwerp, he had not made a quarter-final at any level in six attempts. So although the 32-year-old carried 45 tour-level titles into Sunday’s clash with Wawrinka, it was still uncharted territory.

“I was nervous before the match today for sure. Yesterday, not so much. But before the match I was pretty nervous and I didn’t feel prepared really to win… because I wasn’t expecting it,” Murray said. “When I was out there, I wasn’t ahead at all until right at the end. Had I had a lead maybe I would have found it more difficult but because I was always playing from behind the whole time, I got that break right at the end… I didn’t feel ready to win if that makes any sense. But it happened.” 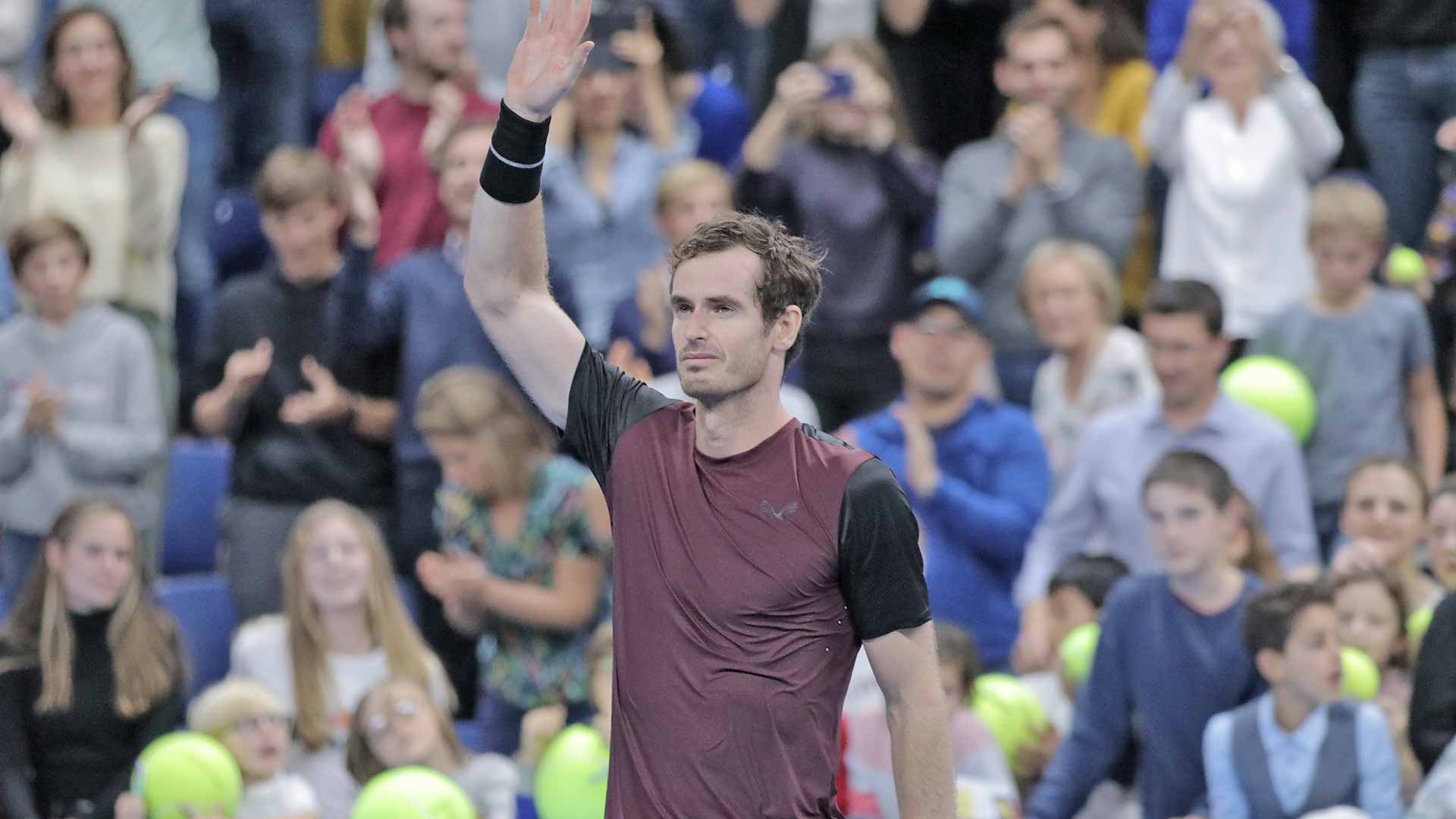 Earlier in the week, Murray admitted that when he lost in the third round of an ATP Challenger Tour event held in Mallorca during the US Open, he was a bit concerned with both his tennis and his physical conditioning. The Scot thought he was, “quite far from this level”. But the concern was because he had hope. And he showed that in Antwerp, where he battled through four matches in four days — including three consecutive three-setters — to emerge glorious for the first time since 2017 Dubai.

“Once I actually started playing singles matches again and stuff I could see there was something there, I might be able to be competitive and stuff. If I could improve my agility, my movement around the court, I could start asking the question, ‘Why not? Why shouldn’t I be able to compete? I can still hit the ball the same as I did before. I’m able to serve better than I was the past couple of years,’” Murray said. “I made the quarters of Wimbledon when I was pretty much on one leg that year [in 2017]. So I was like, 'If I could get my leg strong again and get the movement back, I’m in a different spot.' I just thought it would take longer to get to this point. I thought it would take longer for sure. But obviously I’m happy that it hasn’t.”

As valuable as this Antwerp trophy will remain to Murray for years to come, there’s something that is perhaps even more important. The last time he broke down on a court, it was because he knew how badly he was struggling with his body. This time, his hip is not a worry at all.

“My hip is fine. There’s no pain there anymore, which is amazing. I guess there shouldn’t be because it’s metal, there’s no pain receptors or anything in the metal, so that’s brilliant,” Murray said. “It allows me to compete like that and enjoy what it is that I’m doing.”