Belgian star Kim Clijsters has recently told the media she has been inspired by Andy Murray’s comeback from hip surgery. The Scot returned the praise on Monday ahead of the European Open in Antwerp.

According to the 34-year-old, Clijsters hit on a practice court after him during the BNP Paribas Open, and he was impressed with what he saw.

“She still hits the ball fantastic. I think the decision-making and things like that will come with more matches,” Murray said. “I think physically she can get stronger. I think that was probably one of her biggest strengths when she was at the top of the game and as successful as she was.

“With more time, more matches, more time on the practice court, physically she’ll keep getting better. It’s not easy after such a long time out of the game, but I’m sure she can still win matches at the highest level, judging on how she’s handled herself so well.”

You May Also Like: Scouting Report: Sinner Top Seed In Antwerp, Rublev Leads Russians In Moscow

Murray also lavished praise on Cameron Norrie, who on Sunday became the first Briton to win the title in Indian Wells and cracked the Top 20 of the FedEx ATP Rankings.

“I’d be lying if I said that I called that to be honest. However, I have spent a decent amount of time around him and practised with him quite a lot and he works extremely hard. And I think he’s a great example not just for British players, but all tennis players to look at,” Murray said. “If you put the effort in day-in and day-out and properly dedicate yourself to the sport and have an attitude like he does, it can take you a long, long way. It was obviously a phenomenal achievement last night, but I think the season that he’s having is maybe more impressive than that one week.”

Norrie is up to 10th in the FedEx ATP Race To Turin as he tries to qualify for the Nitto ATP Finals, the season-ending event. The lefty has won 47 tour-level matches this year.

“Every week he’s winning matches. I think he’s played six finals. I think it’s looking like he’s going to win more matches on the Tour this year than he had in every season that he’d had beforehand combined,” Murray said. “That shows you how much of an improvement he’s made. I knew he was good, I’d played against him and practised with him, but to be Top 20 in the world and pushing for a spot in the Tour Finals is an incredible effort.” 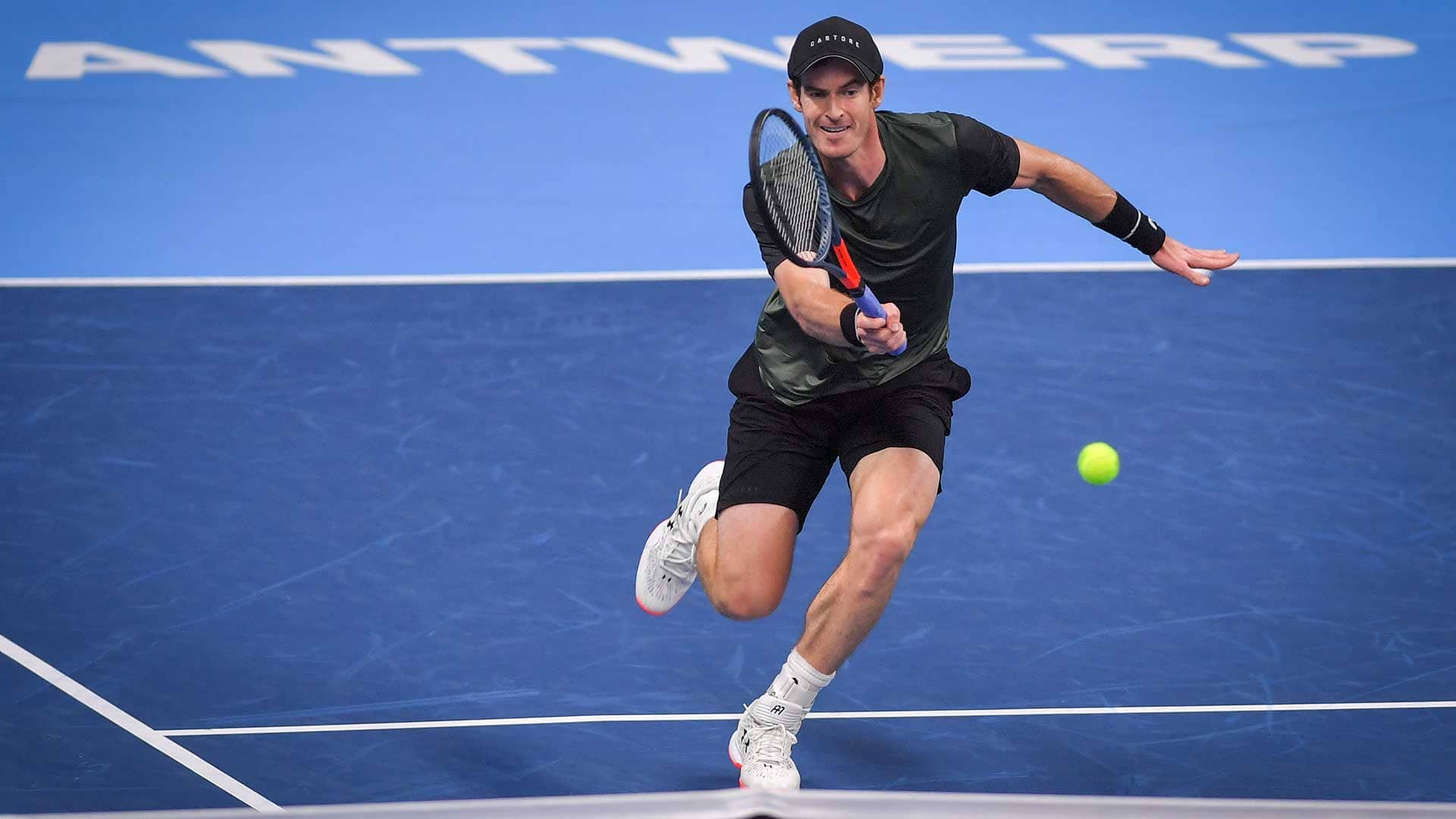 Murray won the Antwerp title in 2019. Photo Credit: AFP/Getty Images
Murray will try to make his own mark this week in Antwerp, where two years ago he enjoyed a dream run to the trophy for his first title following hip surgery. In an emotional final, he defeated Stan Wawrinka to earn the crown.

“It was obviously a bit unexpected at the time. I spoke a bit about it at the time, but I’d won maybe what would be considered bigger tournaments, but this was one of the hardest that I had to win in terms of everything that I’d went through and I put my body through to get to that point,” Murray said. “It was tough. Obviously winning Wimbledon, it was the pressure and everything and it was obviously unbelievably difficult.

“But to win a tournament at this level with a metal hip and everything that had gone into that in the previous years, it was a long road, so I have good memories from here.”

The Scot will play American Frances Tiafoe in the first round, with second seed Diego Schwartzman looming in the second round.