Murray and his coach, Jamie Delgado, took a helicopter ride to North Stradbroke Island, which is about 30 kilometres southeast of Brisbane. It was a nice excursion for the Scot before beginning his 2019 season at the ATP Tour 250 event.

“I enjoyed going in the helicopter. I’d been a few times before, but normally over cities. I’ve not been over water as much, and [there are] amazing views up there, so I enjoyed it,” Murray said. “Coach didn’t like it as much. I think he came around at the end. He was a bit worried at the beginning.”

Once on the island, Murray and Delgado received a traditional welcome, and a chef presented various local cuisine for the pair to taste. Murray even tried slow-cooked kangaroo for the first time, despite initial hesitation. He also enjoyed oyster and lobster tail. 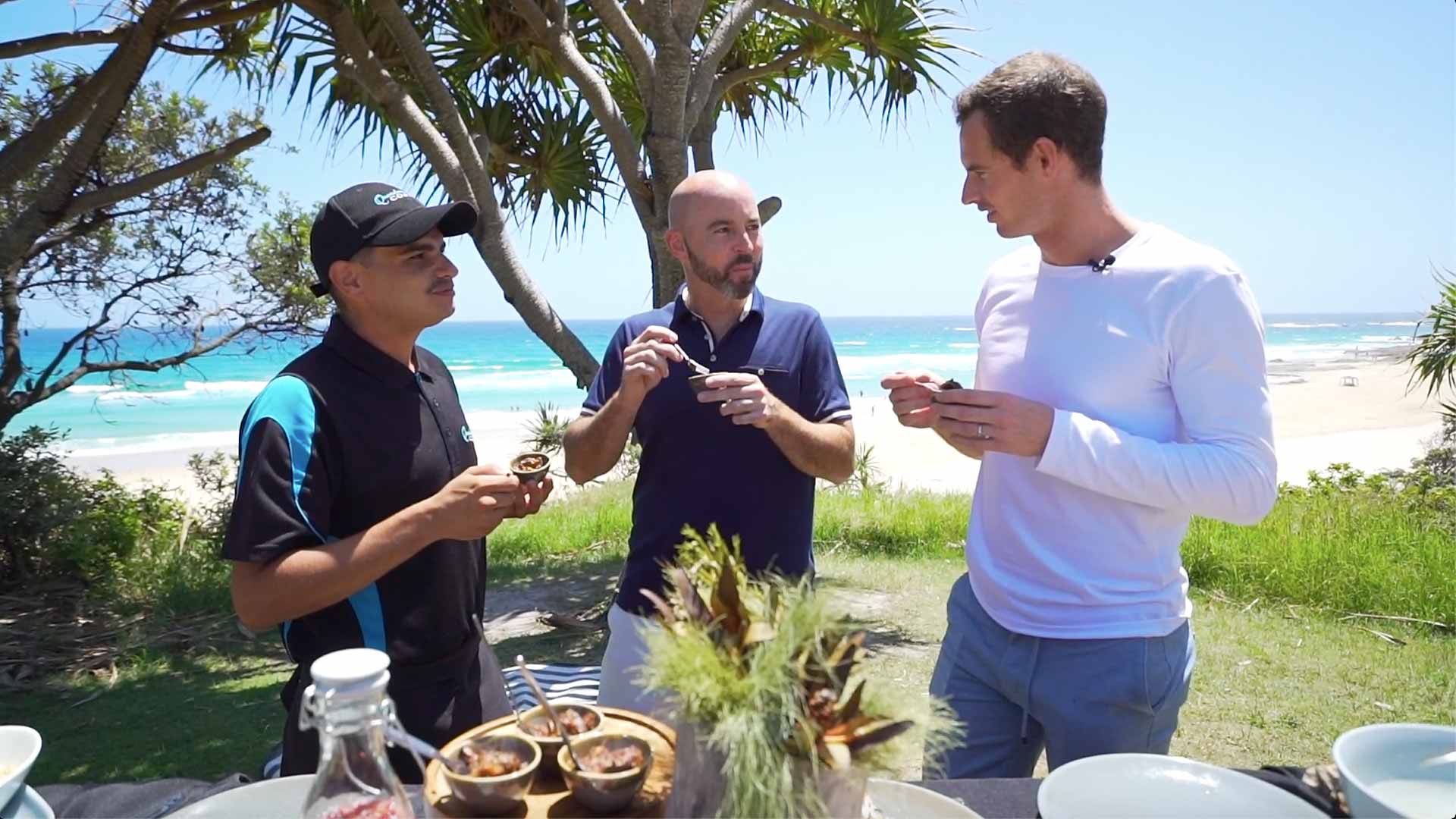 “The kangaroo was alright. It was better than what I was expecting. Most of the stuff was fresh today, caught out of the ocean here and it was very good,” Murray said. “As you get a little bit older, you want to immerse yourself in the culture of the different countries that we go to visit. It’s a great opportunity that we get to travel the world and see different places, meet different people, try different foods. I had kangaroo for the first time in my life today, which I certainly wouldn’t have tried when I was younger, but I gave it a go and it was pretty good.”

Murray will now shift his focus to the task at hand in Brisbane, as he looks to earn his third title at the season-opening event. While the Scot is in town to extend his perfect 9-0 record at the tournament, he was happy to take a bit of a break from the tennis to enjoy the area first.

“Just to see the local culture, check out the beaches. I got to try a lot of their food, which was brilliant,” Murray said. “This is definitely a little bit different from most things we do, and I enjoyed it.”