Andy Murray overcame Adrian Mannarino on Friday to reach the second round in Indian Wells.

Former World No. 1 Andy Murray won his first match at the BNP Paribas Open on Friday, overcoming Adrian Mannarino in Indian Wells. However, his biggest revelation came off the court.

The Scot revealed the full story of how he retrieved the wedding ring and shoes he had originally lost after leaving them attached under his car at the hotel. Thankfully for the 34-year-old, he was reunited with both after making a plea on Instagram.

“The day after or the day that we realised they were let's say misplaced or sort of someone had moved them, I went and I spoke to the lost and found a couple times at the hotel that day,” Murray said in his post-match press conference. “They said they'd found nothing. I spoke to security. They said they found nothing.

“I was like, 'well, they're gone'. I was going to file a police report to try to get them back or to increase my chance of getting them back. I went and spoke to the hotel, explained to them what I was going to do. They then decided to take all of my details down, the details of the shoes, ring, took me out to the car park and asked exactly where it was I parked. I asked them if they could look at the cameras.

“About an hour later they turned up. One of the employees at the hotel found them in their lost and found. Thankfully [I] managed to get them back, which was good.” 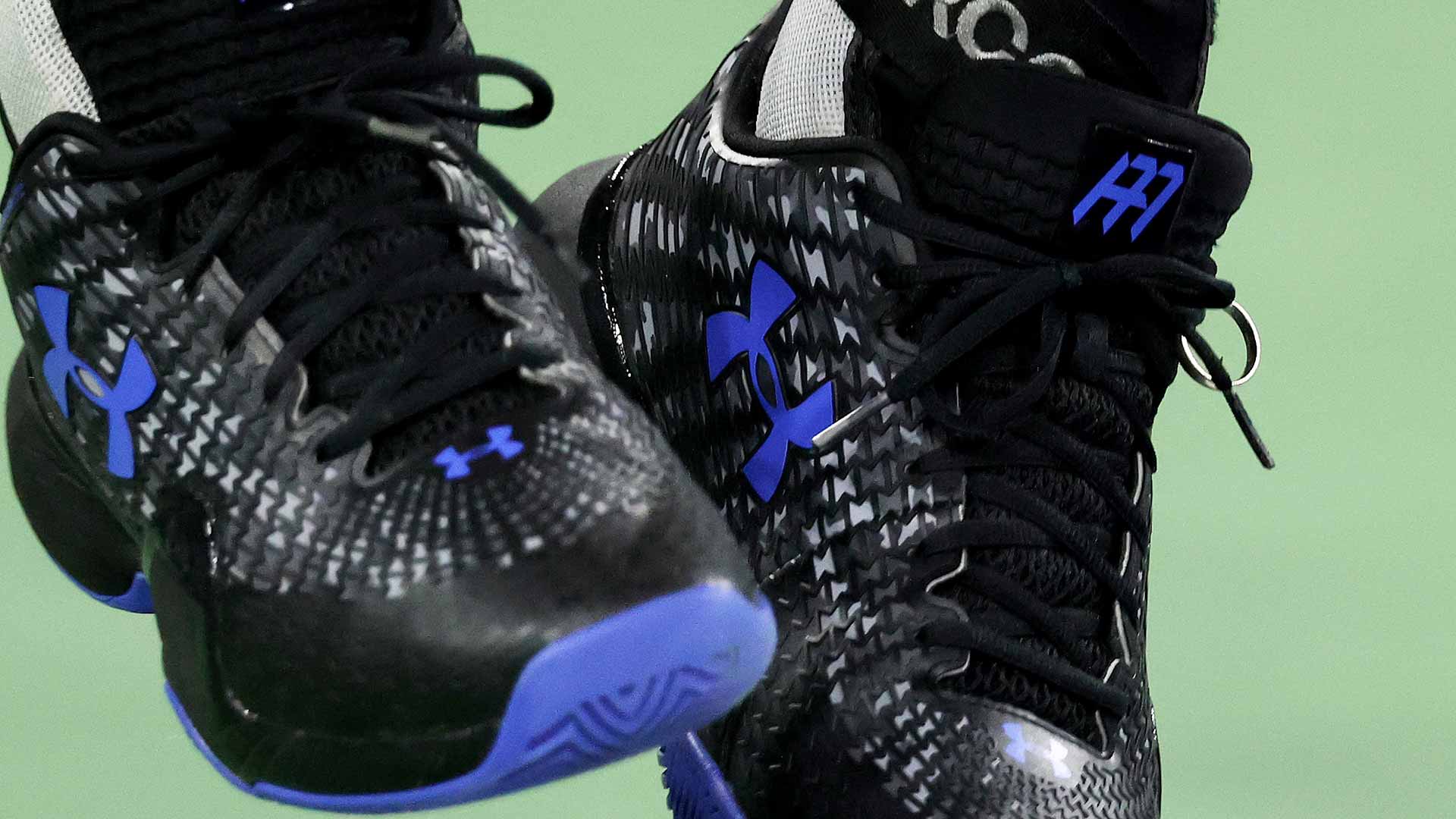 Murray admitted though when It came to the ring, this was not the first time he had faced such a scenario.

“There's been a number of occasions where it's fallen off my shoe," Murray said. "Once I was swimming in a swimming pool. When my hands get cold, the ring can slide off. I lost it. Didn't realise until later in the day.

"My physio went back into the swimming pool. He used to swim, like, at British level. He was under there looking for it. He managed to find it. I've almost lost it quite a few times but it always finds its way back to me somehow. Yeah, this time was no different.”

On the court, the World No. 121 cruised past Mannarino to set up a second-round meeting with #NextGenATP Spaniard Carlos Alcaraz.

Murray was pleased with his performance and concentration against the Frenchman, saying: “I think there's many factors. It may not necessarily be that you're not concentrating on the match, but it may be concentrating on the wrong things as well. I might be focused on maybe what just happened rather than what's about to happen.

“I'm trying to be a little bit more present and focus on just every single point. I think tonight I did a good job of that. I did well considering the conditions. I don't think I played amazing tennis or the best tennis that I can play. But I still won comfortably against a very good player just by knuckling down on every point.”

You May Also Like: Murray Advances To Alcaraz Showdown In Indian Wells
The Scot is competing in his 10th tour-level event of the season and arrived in California having played back-to-back ATP Tour tournaments in Metz and San Diego. With the number of matches Murray is playing increasing, the 34-year-old is determined to maintain his fitness as he looks to finish the season strongly.

“Physically my body responds well to playing matches,” Murray said. “That's one of the hardest things about being out, is that you just can't replicate the intensity of match play. You can do all of the work in the gym, do as much practising as you want, but getting on the match court is different.

“Your body responds differently to that. I don't know whether it's due to adrenaline or that will to win, you push your body just that little bit harder, five per cent, 10 per cent extra. Unless you're out there competing regularly, your body doesn't get used to that.

“While my body feels good, I want to try to play as much as I can between now and the end of the year to set myself up as best as I can for next season. I don't want to overplay obviously. I have played quite a few tournaments recently, but I've not had any really deep runs. I've had enough rest between the events.”