Dominik Koepfer made the most of his second chance at the Rolex Paris Masters on Monday, when he saved seven match points in a gritty 6-4, 5-7, 7-6(9) win against Andy Murray.

Despite winning just three games in the final round of qualifying against Miomir Kecmanovic, lucky loser Koepfer eliminated the former World No. 1 in three hours and one minute to reach the second round of the main draw on his tournament debut.

Koepfer was in control of the match at 6-4, 5-3, but was broken at love when serving for the match and it was a rollercoaster from there. Murray had two match points on his opponent’s serve at 5-4 in the decider and five more in the tie-break, but was left walking off Court Central shaking his head in disappointment after failing to convert.

“It was unbelievable. I thought I had it in my hands in the second set serving for it at 5-4. He just made a lot of balls, I didn’t make a lot of balls. That was the difference, and it was just a great fight in the third set," Koepfer said in his post-match interview. "I just tried to stay in the moment and tried to play every point.

"Obviously it’s tough to play against him. He makes so many balls and is an unbelievable competitor. I knew that going in, I was ready for it and [am] just happy I got through.”

Last week in Vienna, Koepfer fell short as a lucky loser in singles to Lorenzo Sonego and made the semi-finals in doubles as a lucky loser alongside Sander Gille. This time he took full advantage of his opportunity in the singles draw, standing on top of the baseline and battling through physical, entertaining rallies to overcome the 2016 champion.

"I was struggling the past few matches, actually lost five times within the past week. I got in as a double lucky loser last week, lost four times: two times in doubles, two times in singles. That was not great, you lose some confidence," Koepfer said. "Coming through with such a great fight, good attitude — I competed hard and played pretty good tennis — I think it was pretty big for me.”

Koepfer was placed in the draw after #NextGenATP American Jenson Brooksby withdrew earlier in the day with an abdominal injury. The lefty, who attended Tulane University in the United States, showed no fear of the moment.

“I heard about it at 4 o’clock. I was about to go back to the hotel and then one of the ATP tour managers texted me, ‘Dom, you in? You’re playing against Andy Murray'," Koepfer said. "Honestly, I was a little nervous. I didn’t expect to play today, I was hoping that someone was going to pull out tomorrow. But a night match here in Paris, a lot of fans, they had an unbelievable crowd, the first time for me for a while. It’s been a great day. Unexpected, but it worked out and I’m happy.”

You May Also Like: The Nomadic Life With... Dominik Koepfer

Murray threw everything but the Eiffel Tower at Koepfer on his match points, from lobs and drop shots to crushed forehands. But the 27-year-old lefty played his best tennis under pressure and had an answer on each occasion.

This was not Koepfer’s first match against a former World No. 1 in Paris. Earlier this year, he pushed Roger Federer to four tough sets in the third round at Roland Garros.

Koepfer will next play ninth seed Felix Auger-Aliassime or Italian Gianluca Mager, who defeated him in the final round of qualifying last week in Vienna. 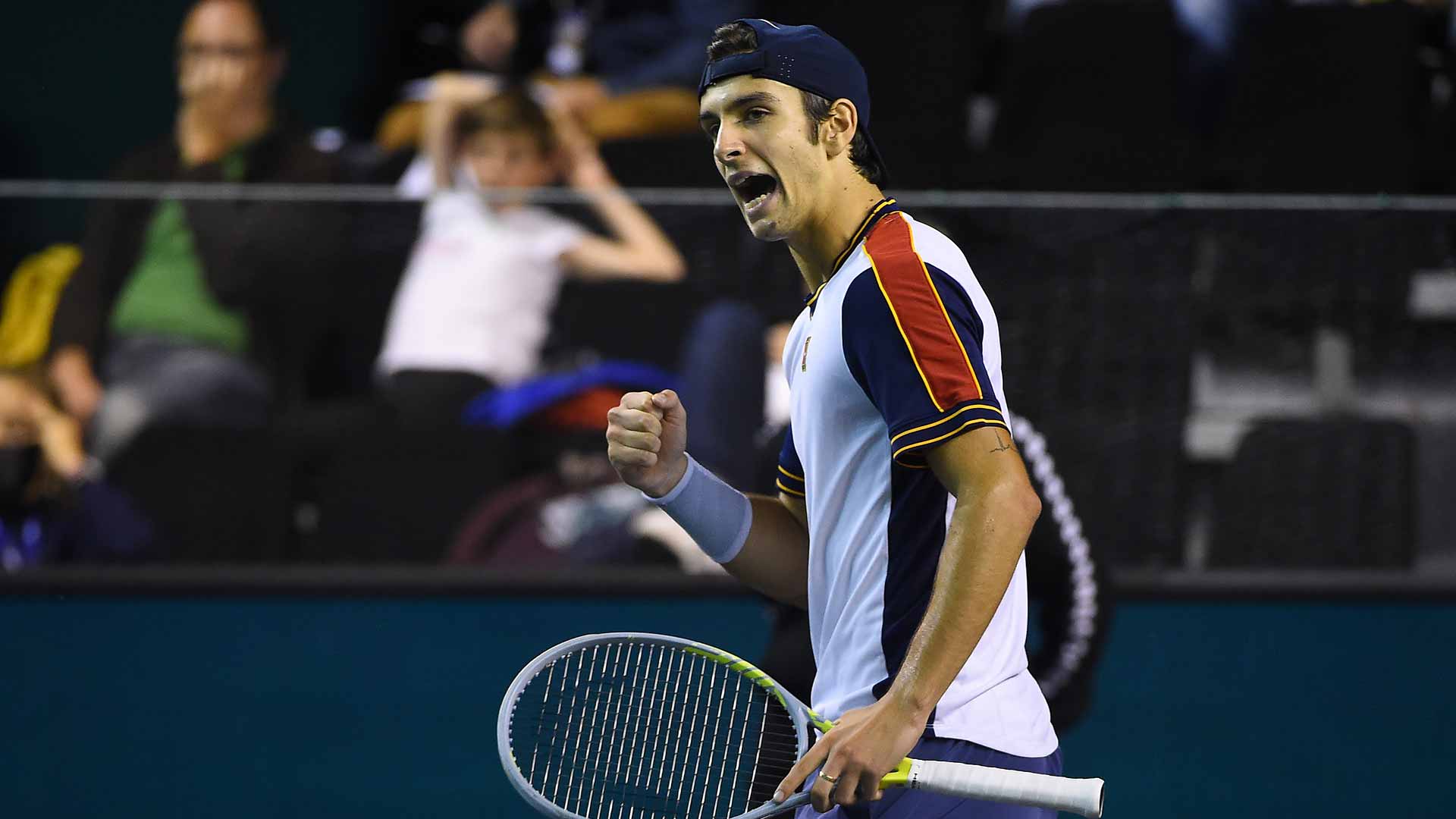 Djere had led the pair's ATP Head2Head series 3-0, with two of those victories coming this year. But Musetti, who enjoyed success in Paris earlier this year when he made the fourth round at Roland Garros, triumphed after two hours and 35 minutes.