ATP Uncovered presented by Peugeot looks back on Andy Murray's memorable 2016 ATP Tour season, which ended with the Brit becoming the 17th year-end World No. 1 in FedEx ATP Rankings history.

From Madrid To London: Murray's Memorable Run To World No. 1

With 46 tour-level trophies, including three Grand Slam crowns, Andy Murray has enjoyed consistent success throughout his career on the ATP Tour. But in 2016, the Brit raised his game during an impressive six-month period to become World No. 1 in the FedEx ATP Rankings for the first time.

The Dunblane native had trailed Novak Djokovic by 9,025 FedEx ATP Rankings points after losing to the Serb in the Mutua Madrid Open final in May, but that event proved to be the start of a remarkable run for Murray. From Madrid until the end of the season, Murray claimed 65 wins from 70 matches and reached 12 finals from 13 events.

By the time Murray faced Djokovic in a winner-takes-all championship match at the Nitto ATP Finals in November, he had overtaken the 12-time Grand Slam champion to become World No. 1 and stood just one win away from becoming only the 17th man to finish an ATP Tour season as year-end World No. 1.

With both men bidding to claim victory and end the year at the top of the FedEx ATP Rankings, it was Murray who rose to the occasion. The two-time Wimbledon champion, cheered on by a passionate home crowd, put on a nearly flawless performance to notch his 24th straight victory, 6-3, 6-4, capturing the trophy and finishing above his rival as the year-end World No. 1 in the FedEx ATP Rankings.

"It’s been a tough rivalry,” said Murray. “I’ve lost many of them but obviously I’m happy I’ve got the win today. To finish the year No. 1 is very special. It’s something I never expected." 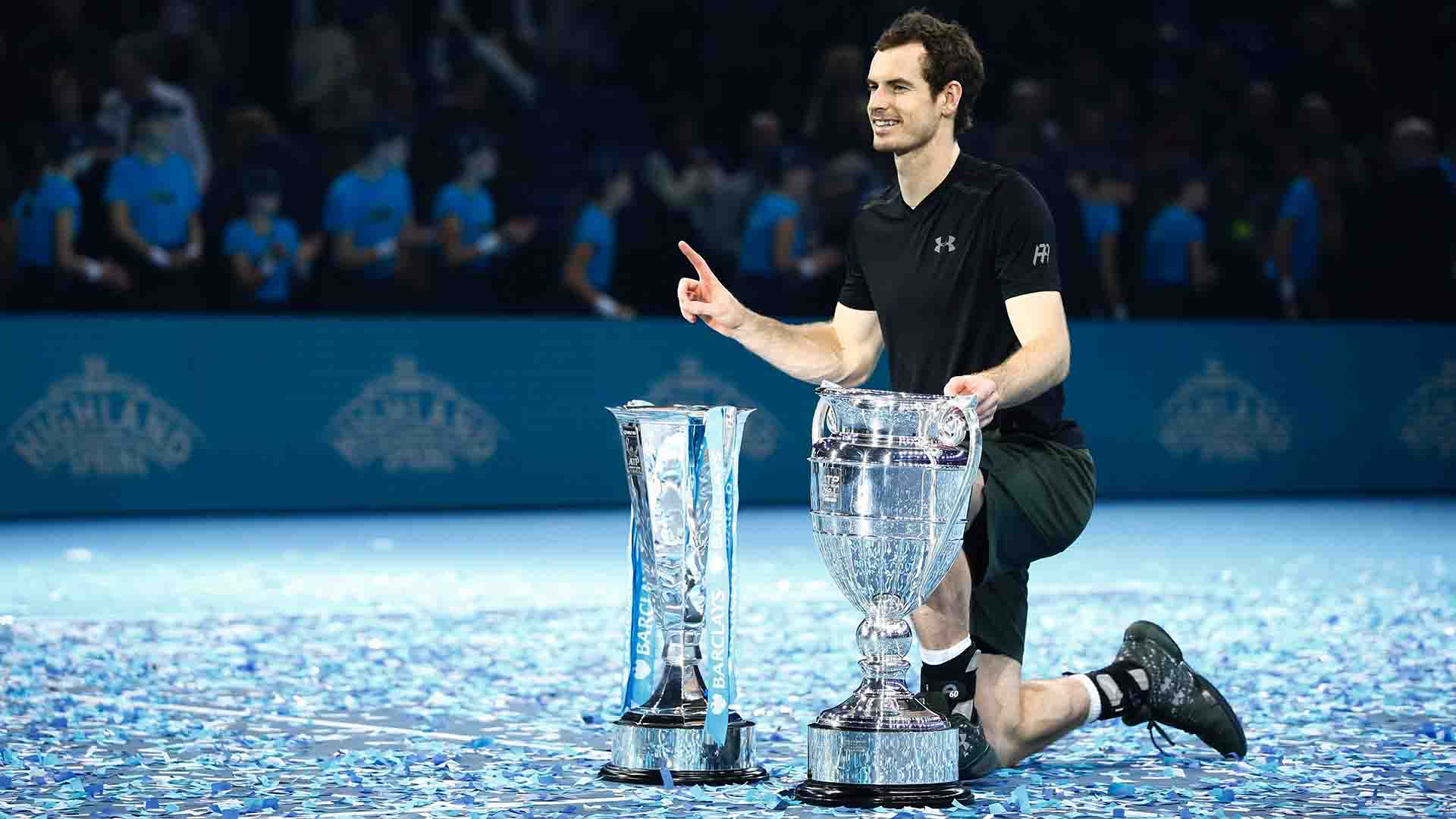 How did Murray manage to overturn a 9,025 point deficit in just six months? He put together the best run of his career.

Following his loss to Djokovic in Madrid, Murray began his journey towards the top of the FedEx ATP Rankings with a confidence-boosting victory against the World No. 1 in the Internazionali BNL d’Italia final. The World No. 2 followed his win in Rome with his first run to the championship match at Roland Garros, only to be denied for the second straight major championship by Djokovic in the final. Djokovic’s maiden Roland Garros crown earned him a spot in an exclusive club, as he joined Don Budge (1938) and Rod Laver (1962, ’69) as the only men to hold all four Grand Slam titles at the same time.

“I have played some of my best tennis on clay over the past few weeks,” said Murray. "Hopefully that translates well onto the grass, which is a surface that comes way, way more naturally to me.” 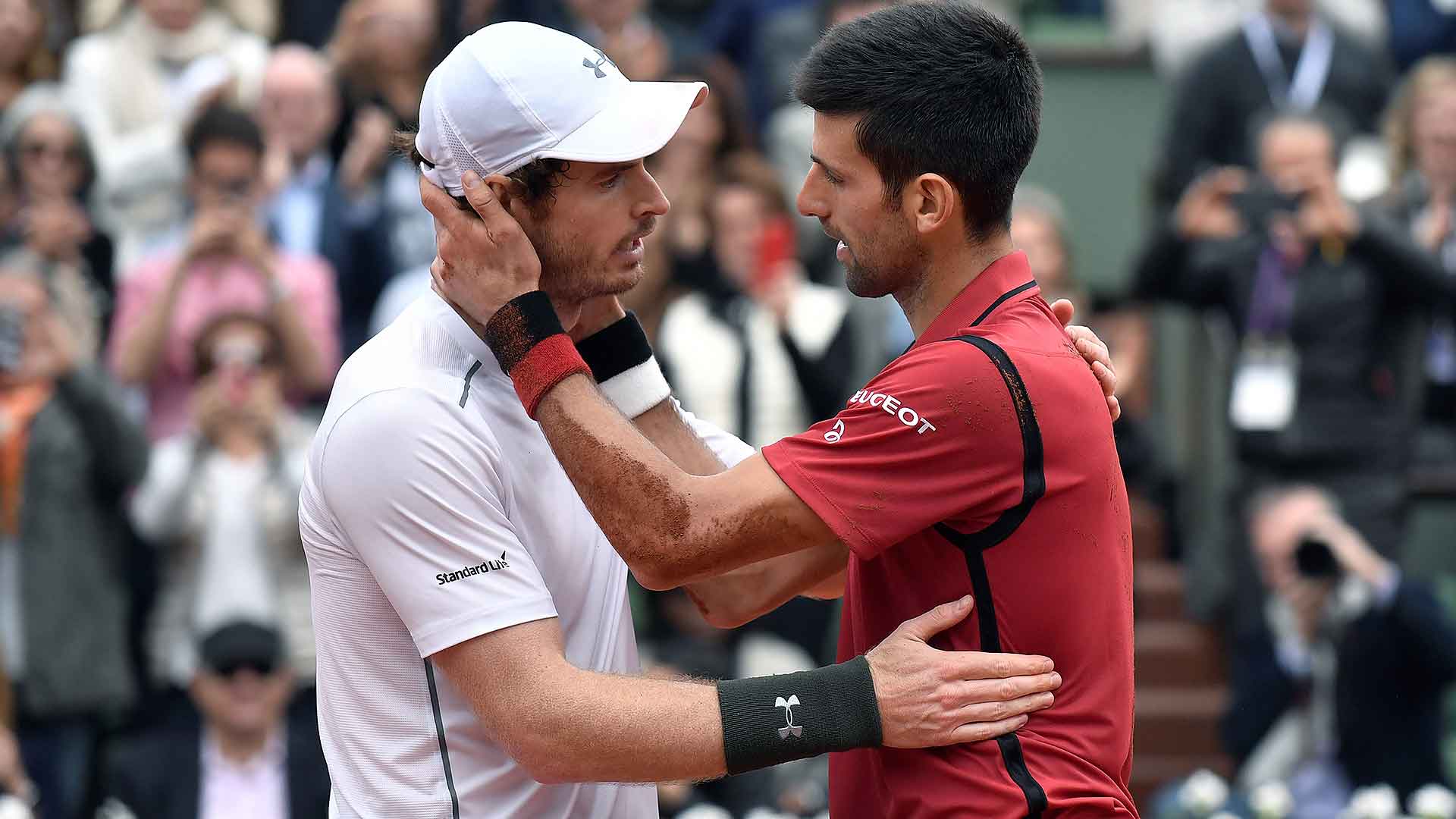 Boosted by his performances during the European clay season, Murray made a major move in the World No. 1 battle on grass. The Brit claimed 12 straight victories on the surface to become the first five-time singles champion at the Fever-Tree Championships and a two-time Wimbledon titlist. With back-to-back final wins against Milos Raonic, Murray reduced Djokovic’s lead at the top of the FedEx ATP Rankings to 4,845 points.

“This is the most important tournament for me every year,” said Murray at Wimbledon. “I've had some great moments here and also some tough losses. The wins feel extra special because of the tough losses. I'm proud to have my hands on the trophy again.”

In his next event, Murray continued to make history by becoming the first man to win multiple Olympic singles gold medals. The three-time Grand Slam champion, who also won gold at the 2012 London Olympics, beat Kei Nishikori and Juan Martin del Potro in back-to-back matches to stand on top of the podium in Rio de Janeiro.

A runner-up finish at the Western & Southern Open took Murray’s final streak to seven events, before a quarter-final loss to Nishikori at the US Open. Following his loss in New York, Murray returned to action in China to begin a memorable run of five straight titles that would earn him the year-end World No. 1 spot.

The 29-year-old won 10 straight matches across events in Beijing and Shanghai, before returning to Europe to lift the Vienna trophy and increase the pressure on Djokovic. Just under six months on from his Madrid final loss to the 12-time Grand Slam champion, Murray claimed another milestone victory against Raonic in the Rolex Paris Masters semi-finals to become the first British World No. 1 in FedEx ATP Rankings history.

“To get to No. 1 isn’t about today, but it’s about 12 months of tournaments to get to this stage,” said Murray. “The last few months have been the best of my career and I am very proud to have reached No. 1. It has been a goal of mine for the past few years.”

After producing a 19th consecutive tour-level victory against John Isner in the Paris final, Murray completed his remarkable journey at The O2 in London. The first half of 2016 may have belonged to his biggest rival, but Murray put together one of the best runs in recent ATP Tour history to not only catch Djokovic, but surpass him in front of home fans at the Nitto ATP Finals.