Andy Murray, the 2012 US Open, completes an 0-2 sets comeback win on Tuesday to beat Yoshihito Nishioka.

Recovers from 0-2 sets down, saves one match point

It wasn’t pretty, but Andy Murray completed an epic comeback on Tuesday afternoon at the US Open. For the 10th time in his career, a record he now shares with Roger Federer among active players, the former World No. 1 recovered from 0-2 sets down for a place in the second round.

After such toil, Murray will be seeking out an ice bath for his post-match recovery. But in the COVID-19 pandemic, they may not be readily available in big numbers on-site at the USTA Billie Jean King National Tennis Center.

"They have one in the locker room and they said it's for emergencies," said Murray. "For me this is an emergency right now. My body hurts and I need to recover as best as possible. I'll ask and see if they'll allow me to use the ice bath here. If not, I'll try to get back to the hotel as quickly as possible and get in one at the hotel.

"I need to rest up and try to recover the best I can because that's by far the most tennis I've played since 2019, when I played [Roberto] Bautista [Agut] at the Australian Open. I need to recover well."

Later, in his post-match press conference, Murray revealed that he was able to talk his way into an ice bath on site. “They have two in there. Obviously, on the off days and stuff, they're trying to restrict the amount of players that are in the locker room using the facilities. They said, 'Yeah, after a match like that, of course, you can go in and use it,' which was helpful.

“I do ice baths all the time. You get in one after playing a long match when your toes and stuff are sore, and it's really, really uncomfortable on the toes. I don't know why that is, but it's really not comfortable (smiling). Yeah, glad to have that over with.”

Having committed 32 unforced errors in the first two sets, and fallen 0-2 behind in the third set, Murray had his work cut out to record his first 0-2 sets comeback since May 2016, when he beat Radek Stepanek in the Roland Garros first round. But his greater experience, coupled with finding his timing on serve, helped the 33-year-old back to a memorable victory. He is the sixth player to come back from 0-2 sets down in the 2020 US Open first round.

Since earning 78 match wins in 2016 to end year-end No. 1 in the FedEx ATP Rankings, Murray has undergone two right hip surgeries and played a total of 69 matches. His victory over No. 7-ranked Alexander Zverev at last week’s Western & Southern Open was his biggest win by ranking since he beat then No. 2-ranked Novak Djokovic in the 2016 Nitto ATP Finals championship match. 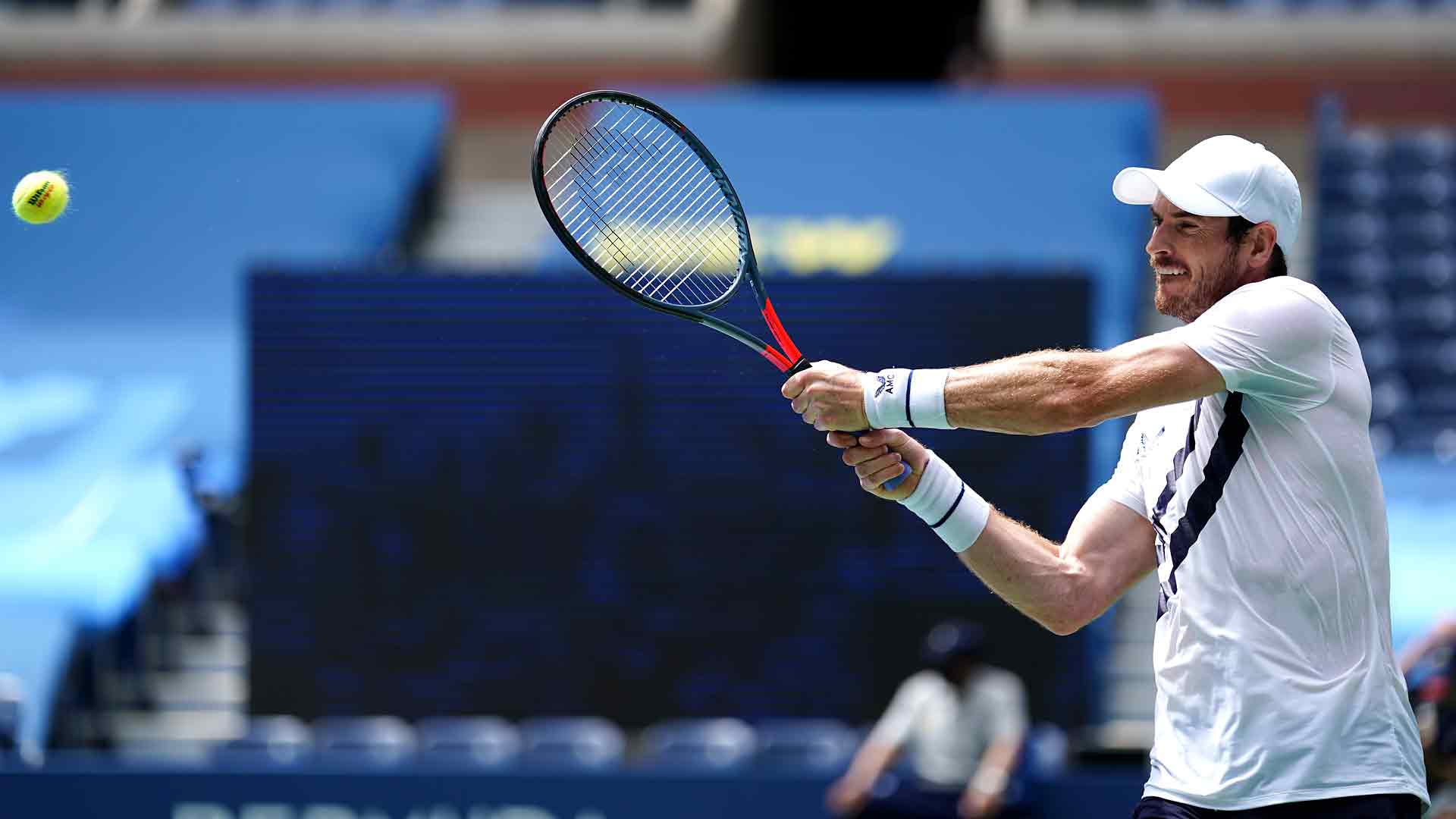 Nishioka broke Murray for a 4-3 lead in the first set and from 5-4 won five straight games to seize momentum. Murray continued to struggle on serve, was passive in rallies and when he tried to be aggressive made mistakes (through two sets he had made 32 unforced errors).

When Nishioka broke for a fourth time early in the third set, the writing was on the wall for Murray, but he came through a seemingly impossible situation. The Briton worked his way back to lead 4-3, yet Nishioka kept the pressure on. The Japanese failed to convert three break point chances at 5-5, and later led 4-3 in the tie-break, but Murray battled to a fourth set, in which saw him save break points in the second and sixth games.

Sensing a memorable victory at 6-5, Nishioka was aggressive on return, but Murray came up with a powerful first serve to save one match point at Ad-Out. Once more in the tie-break, Murray’s greater experience was rewarded as he won four of the first five points to shift the pressure to Nishioka.

Murray required an injury timeout on his big right toe before the start of the decider. Murray and Nishioka exchanged service breaks midway through the fifth set, before Murray broke decisively to clinch the match with a forehand lob.

Later in the day, fellow Briton and No. 23 seed Daniel Evans, who is competing at the US Open only three spots off his career-high of No. 28 in the FedEx ATP Rankings, overcame Thiago Seyboth Wild 6-2, 6-1, 7-6(5) for a place in the second round. Evans awaits the winner of Corentin Moutet and Jiri Vesely.