Former World No. 1 Andy Murray is returning to action on the doubles court this week at Queen's Club alongside Feliciano Lopez.

ATP Staff
This article contains:
Former World No. 1 returning this week on the doubles court

Former World No. 1 Andy Murray teared up before the Australian Open, not knowing how much longer he would be able to play tennis due to hip pain he’d been suffering through for nearly two years. Now, Murray fans from around the world are crying tears of joy.

Five months and one right hip resurfacing surgery later, Murray is set to make his return — albeit on the doubles court — with partner Feliciano Lopez at the Fever-Tree Championships.

“I feel pretty relaxed. I didn’t expect to be in this position. I didn’t know how I was going to feel, really, if I went and had the operation. But it’s been brilliant, completely life-changing for me from where I was,” Murray said. “I’m looking forward to getting back out there but I also don’t know what to expect and I’m not putting any expectations on myself because just being out on the tennis court again and being comfortable and pain-free is enough.”

Murray was not certain as to what would happen if he did go under the knife, which he ultimately did on 28 January. But forgetting about the tennis, the 45-time tour-level champion is happy again and most importantly, healthy.

The 32-year-old says he can now go to dinners without feeling soreness because he is sitting in one position. He is able to enjoy time with his family, and even go play golf, although he admitted to receiving ‘a good humbling experience’ on Friday when he played the club championships at the Wentworth Club with brother Jamie Murray, both of them scoring 101. Everything is in a different perspective now for the five-time Queen’s Club champion.

You May Also Like: Lopez/Murray Draw Top Seeds Cabal/Farah At Queen's Club

“There were a number of times over the past 18 months when I did want to stop. I didn’t want to play anymore. I was getting no enjoyment out of tennis anymore, whether that be training, practice, matches — winning matches wasn’t really bothered either because it wasn’t fun. Now it’s just nice [because] I like playing tennis,” Murray said. “I’m a fan of the sport, I’ve played it since I was a kid. I want to keep playing if I can because I enjoy it.”

“My goal is still to get back to playing singles. That’s what I’d like to do, ultimately,” Murray said. “Probably it was six to eight weeks ago I was just chatting with my team about the best way to get back onto the court again singles-wise and how I would go about doing that and we felt that doubles would be a good action to test myself out and see how I feel where there’s obviously less loading on the body, less movement, but you still have to make some quick moves and quick reactions and stuff like that.

“I felt like it was actually quite a nice progression really from all the rehab I’ve been doing and getting back on the court and seeing how I feel on a match court playing doubles and then that will give me some information about where I’m at and maybe things I need to improve.” 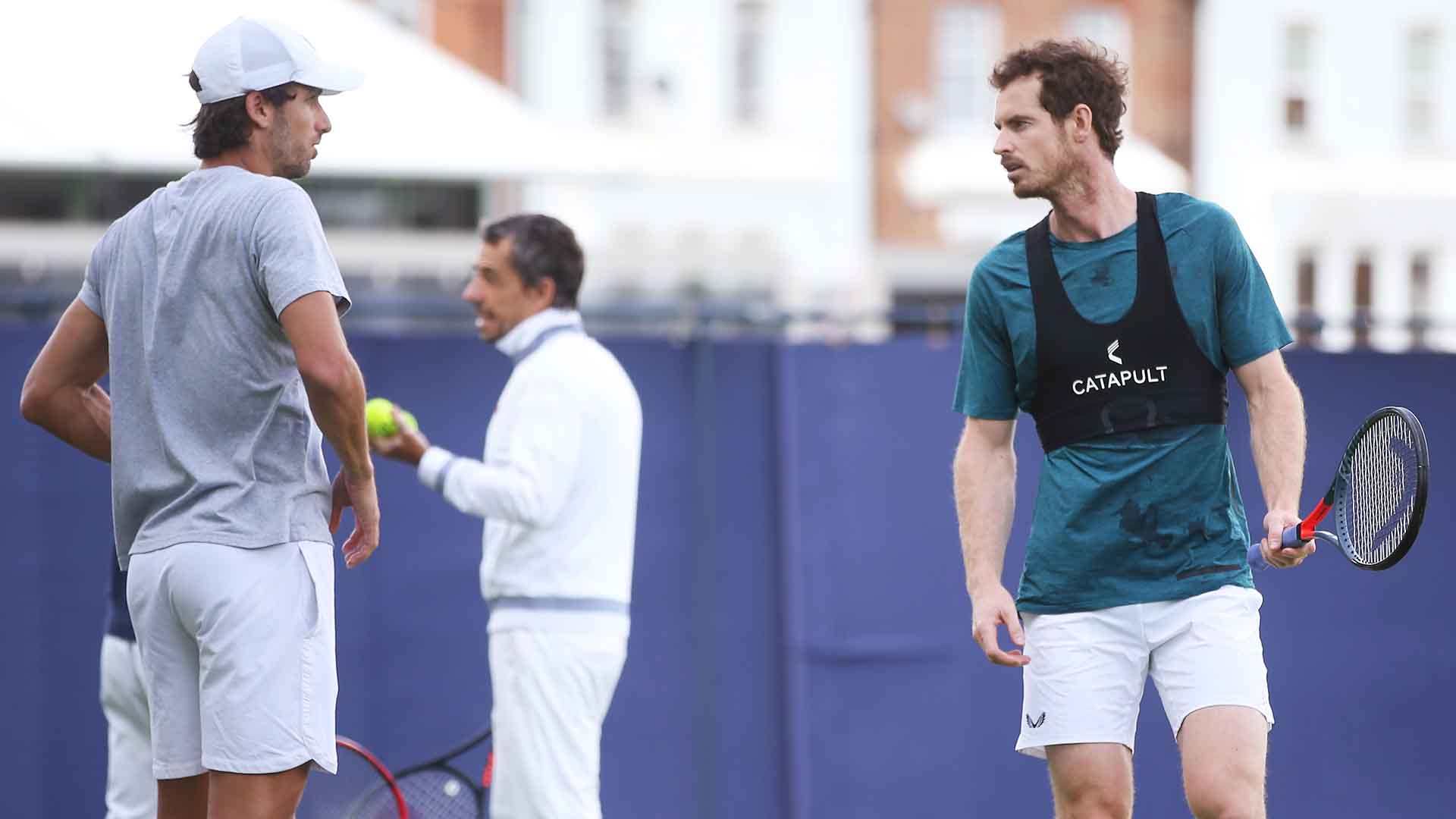 Murray and Lopez decided to play together at this event via a series of messages. For Lopez, it was a very easy decision to immediately say yes.

“He’s a great player. As soon as you hit a few balls with him you realise he still has the feel and the touch,” Lopez said. “You don’t lose these abilities from one day to another. Of course, he’s one of the greatest players ever and he’s still playing great.

And really, that’s what Murray is most excited about. While he admitted it would be nice to win Wimbledon or other major tournaments, the Scot’s eyes have been opened through this process as to why he loves tennis. A few weeks ago, the former World No. 1 saw some kids hitting balls next to him, and how much fun they were having just getting to play the sport.

“You remember the things that are actually important or the reasons for why you actually start doing something or why you play a certain sport, do a certain job,” Murray said. “Generally it’s because it’s something you care about and actually enjoy doing and it’s not doing it just to win tennis matches.”