Andy Murray had the crowd riled up all week at the Fever-Tree Championships.

ATP Staff
This article contains:
Brit returns to action with doubles title at The Queen's Club

After undergoing hip surgery in January, Andy Murray considered it a victory to not have pain when he played with his kids. On Sunday, he recorded one of the most meaningful wins of his career by teaming with Feliciano Lopez to take the doubles title at the Fever-Tree Championships.

“I just won the doubles with Feli, with a metal hip. It’s mental, really,” said Murray. “That’s a cool thing to be able to have done just because of where I was a few months ago. I wasn’t thinking about this… I was really happy to be pain-free and enjoying life, literally just doing normal things. It’s really special. It’s more special than a lot of the singles tournaments that I’ve won for a lot of different reasons.”

You May Also Like: Murray/Lopez Complete Dream Week With Queen's Club Doubles Title

Murray arrived at The Queen’s Club with no expectations for results or performance. But the Brit was on song from the first ball as he and Lopez defeated top seeds Juan Sebastian Cabal and Robert Farah in the opening round. Another major victory followed in the semi-finals over third seeds Henri Kontinen and John Peers before they won the final over Rajeev Ram and Joe Salisbury.

Even though his game proved good enough to beat the world’s best doubles teams at an ATP 500 tournament, Murray believes his form can improve even further. “In terms of how I was hitting the ball, I think I did okay,” said Murray. “There's things I can do better. I think a lot of it is positioning on the court, like where to stand after Feli has hit a return or where to position ourselves at the net.

“But one of the things that's quite difficult with doubles is that you're never going to find the partner who has everything, and you yourself don't have everything. I have flaws in my game and Feli will have weaknesses in his game. But we used our strengths and complemented each other very well. You need to be able to do that and not get frustrated with yourself." 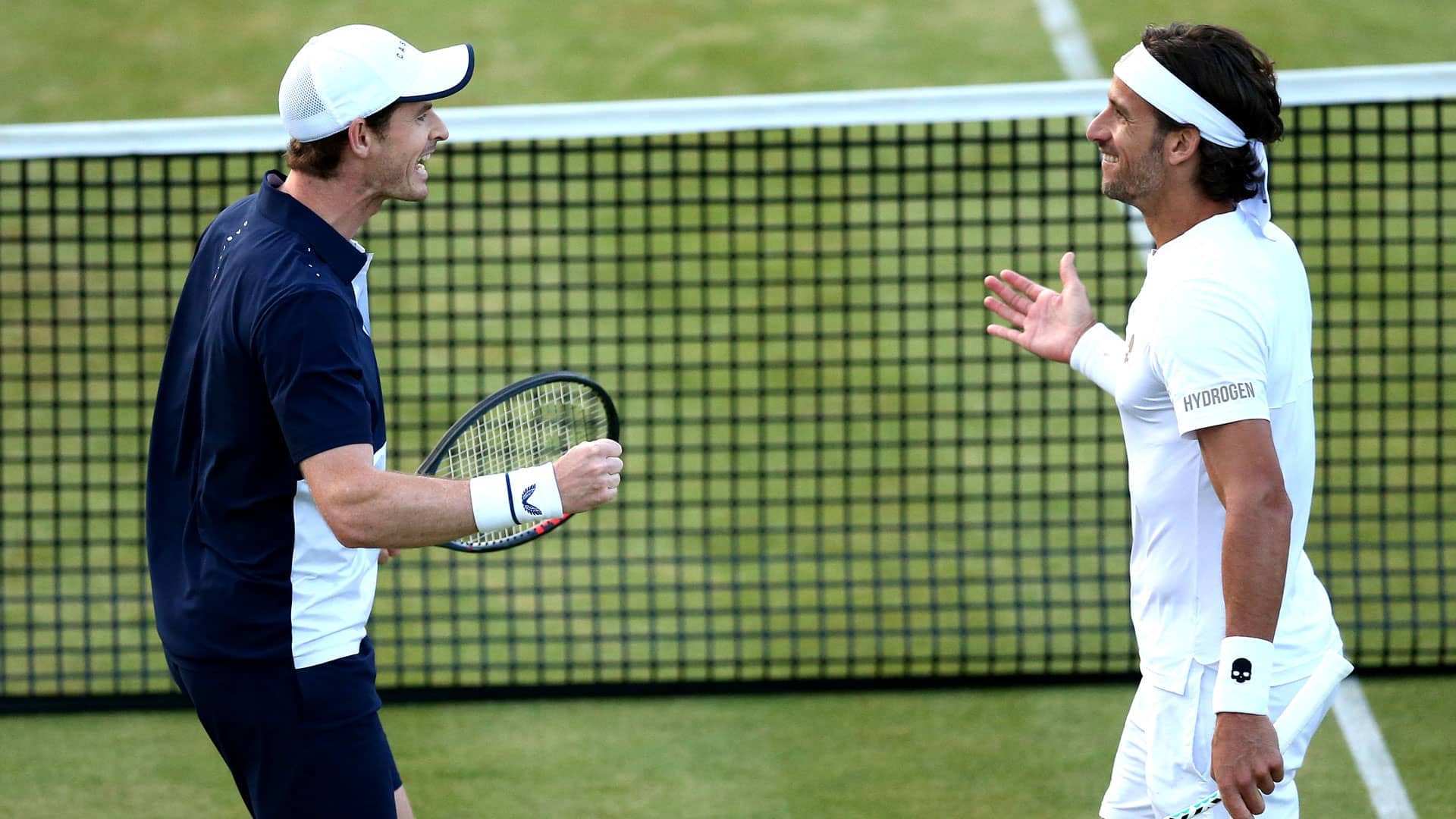 Murray’s competitive streak never wavered throughout the week, but he also displayed a more relaxed attitude by smiling after great points and laughing with Lopez during changeovers. His fans are hopeful that the successful doubles run will lead to a quick transition back to singles, but the Brit is content to enjoy the ride for now.

“I'm happy with playing tennis and training and having no pain anymore. If I keep progressing, I would like to try to play singles,” said Murray. “My schedule could potentially be a bit different. I might not play three weeks in a row or two weeks back-to-back, for example. But I'm just quite happy doing what I'm doing now and just taking each week as it comes.”

Even if Murray’s hip doesn’t allow for a singles comeback, it may not mean the end of his career. After picking up his first ATP Tour doubles title in eight years, he said focusing solely on doubles is an option for his remaining years on tour.

“I didn't see that as being something I would do [in January] just because I got zero enjoyment out of playing tennis then,” said Murray. “It's fun for me to play doubles this week and just hit tennis balls and have a good time on the court again. I hope to get back to playing singles again, but if not, it’s probably something I’d consider.”