The Fever-Tree Championships’ honour roll is filled with some of the greatest players in tennis history. From John McEnroe to Rafael Nadal, the sport’s elite players have showcased their best level at the grass-court ATP 500 ahead of The Championships at Wimbledon.

From 2009 to 2016, the Brit compiled a 26-3 record at the event to become the tournament’s first five-time singles champion. In terms of titles won, it is the most successful event of the 46-time tour-level titlist’s career.

ATPTour.com takes a look back at Murray’s title runs in West London:

2009: A British Winner
For the first time since 1938, a British singles champion was crowned at The Queen’s Club in 2009. Competing at his first grass-court event of the year, Murray cruised past Andreas Seppi, Guillermo Garcia-Lopez, Mardy Fish and Juan Carlos Ferrero to reach his first ATP Tour final on the surface without dropping a set. In the championship match, the Brit converted each of his three break points against James Blake to earn a 7-5, 6-4 victory after 68 minutes.

“I was quite nervous because people were telling me no Briton had won here for quite a while, but when I had my chances I managed to take them,” said Murray. 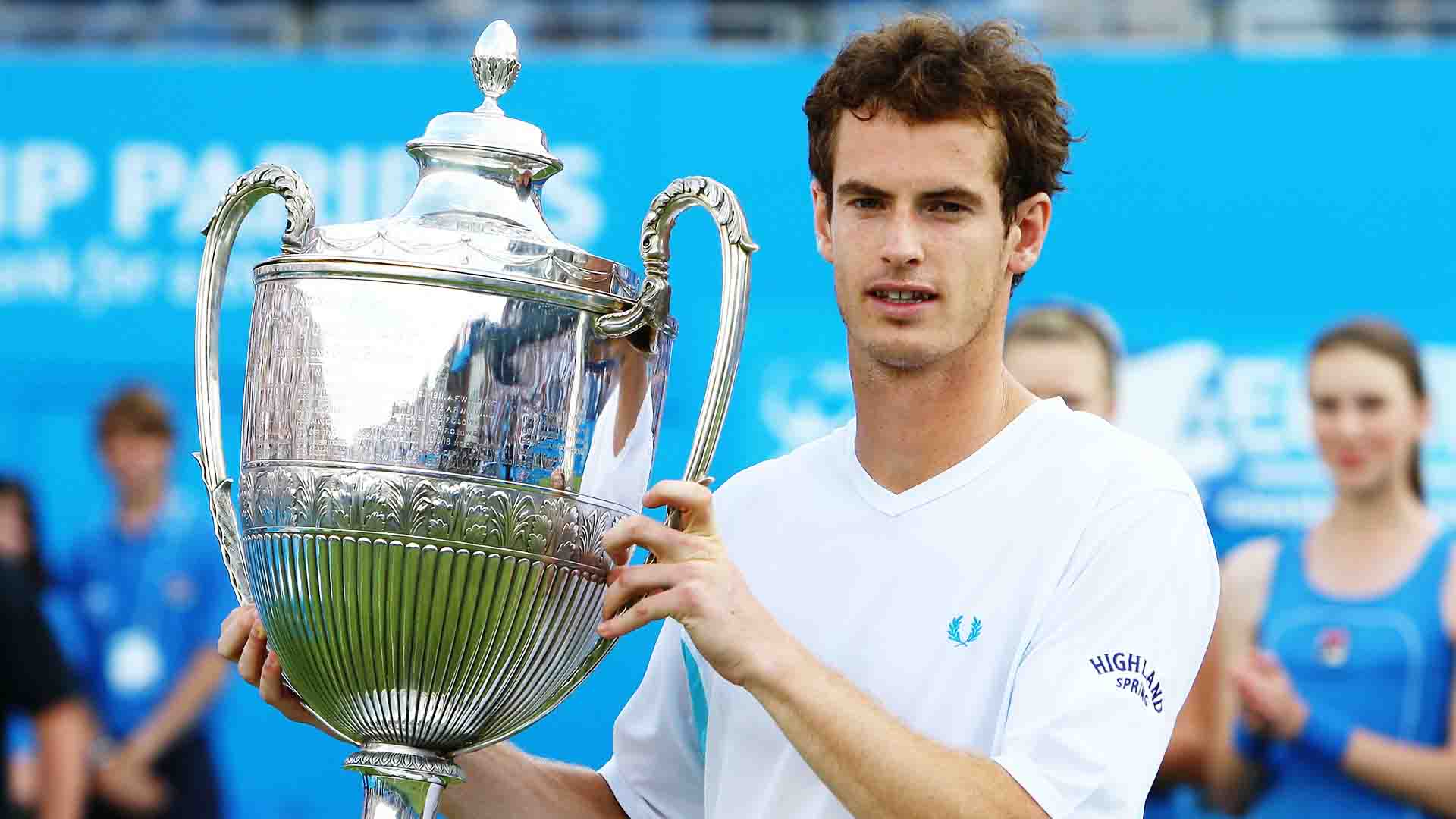 2011: A Classic Final
After a Round of 16 loss in 2010, Murray made a successful return to The Queen’s Club in 2011. The World No. 4 booked his place in the championship match with victories against Xavier Malisse, Janko Tipsarevic and four-time winner Roddick.

Following rain on Sunday, Murray was pushed to the limit by Jo-Wilfried Tsonga in a Monday final. The Frenchman led by a set and held a break point at 5-5 in the second set, before Murray raised his game to claim a 3-6, 7-6(2), 6-4 win.

2013: Hat-trick Complete
Competing on grass for the first time since beating Novak Djokovic and Roger Federer in back-to-back matches to capture the Olympic gold medal at Wimbledon in 2012, Murray added to his grass-court resume with a third trophy at The Queen’s Club in 2013.

Murray, who had missed Roland Garros with a lower back injury, recovered from a set down in consecutive matches against Tsonga and defending champion Marin Cilic to take the title. Three weeks later, the 6’3” right-hander beat Djokovic in straight sets to become the first British man to win the Gentlemen’s Singles title at Wimbledon since Fred Perry in 1936.

2015: An Exclusive Club
In 2015, Murray joined McEnroe, Becker, Hewitt and Roddick as four-time winners at the event. After a comeback victory against Gilles Muller in the quarter-finals, Saturday rain forced Murray to play two matches on Sunday.

Murray rose to the challenge, beating Viktor Troicki and Kevin Anderson in straight sets to lift his fourth trophy at the historic event. Murray needed just 64 minutes to overcome Anderson in the championship match, converting a single break point in each set to secure the win.

2016: Record Breaker
Seven years after his maiden triumph at The Queen’s Club, Murray claimed his second straight title at the event to become the first five-time singles champion in tournament history.

“To do it means a lot... It's a tournament that obviously means a lot to me. It's been my most successful tournament,” said Murray.

2019: Doubles Success
After returning from an 11-month absence at The Queen’s Club with a narrow 2-6, 7-6(4), 7-5 loss to Nick Kyrgios in 2018, Murray made another comeback appearance at The Queen’s Club after a second hip surgery in 2019. Competing alongside Feliciano Lopez in doubles, the Brit survived back-to-back Match Tie-breaks to claim his first ATP Tour doubles title since 2011. 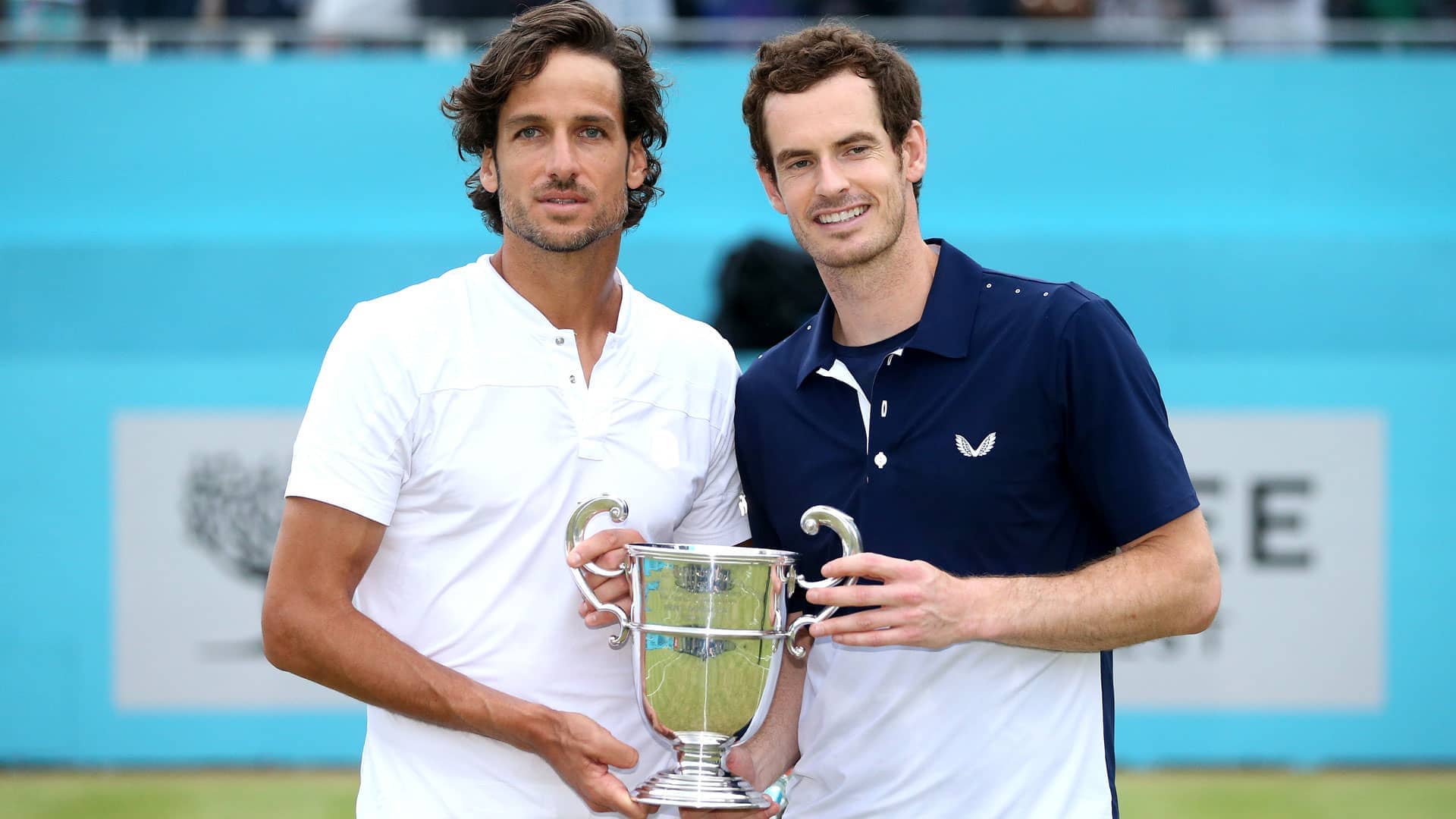