Five-time Australian Open finalist Andy Murray waves to the crowd after a five-set defeat against Roberto Bautista Agut on Monday.

Former World No. 1 Andy Murray may have lost to Doha champion Roberto Bautista Agut in the first round of the Australian Open on Monday evening. But there is no doubting that it was Murray’s moment.

It has been an emotional few days for the Scot, who on Friday announced that he plans to, at the latest, retire at Wimbledon this year due to chronic hip problems. But as he always has, Murray left it all out on court, sending fans inside Melbourne Arena into a frenzy as he battled from two sets down against No. 22 seed Bautista Agut to force a decider.

It became clear when Bautista Agut took a double-break lead that he would eventually advance. But that did not stop Murray from giving it his all. That was until he had to pause when stepping to the line to serve at 1-5 in the fifth set, with the match approaching the four-hour mark. The crowd was giving him a deafening standing ovation.

“I was emotional at that moment. It was cool. I don't think I've had that before in any matches. I don't know if when I came to serve at Wimbledon for Wimbledon, I don't know if that happened,” Murray said. “It was brilliant. The atmosphere the whole match was amazing. I loved it. I'm really appreciative that the people gave me that atmosphere to play in. I really enjoyed it.” 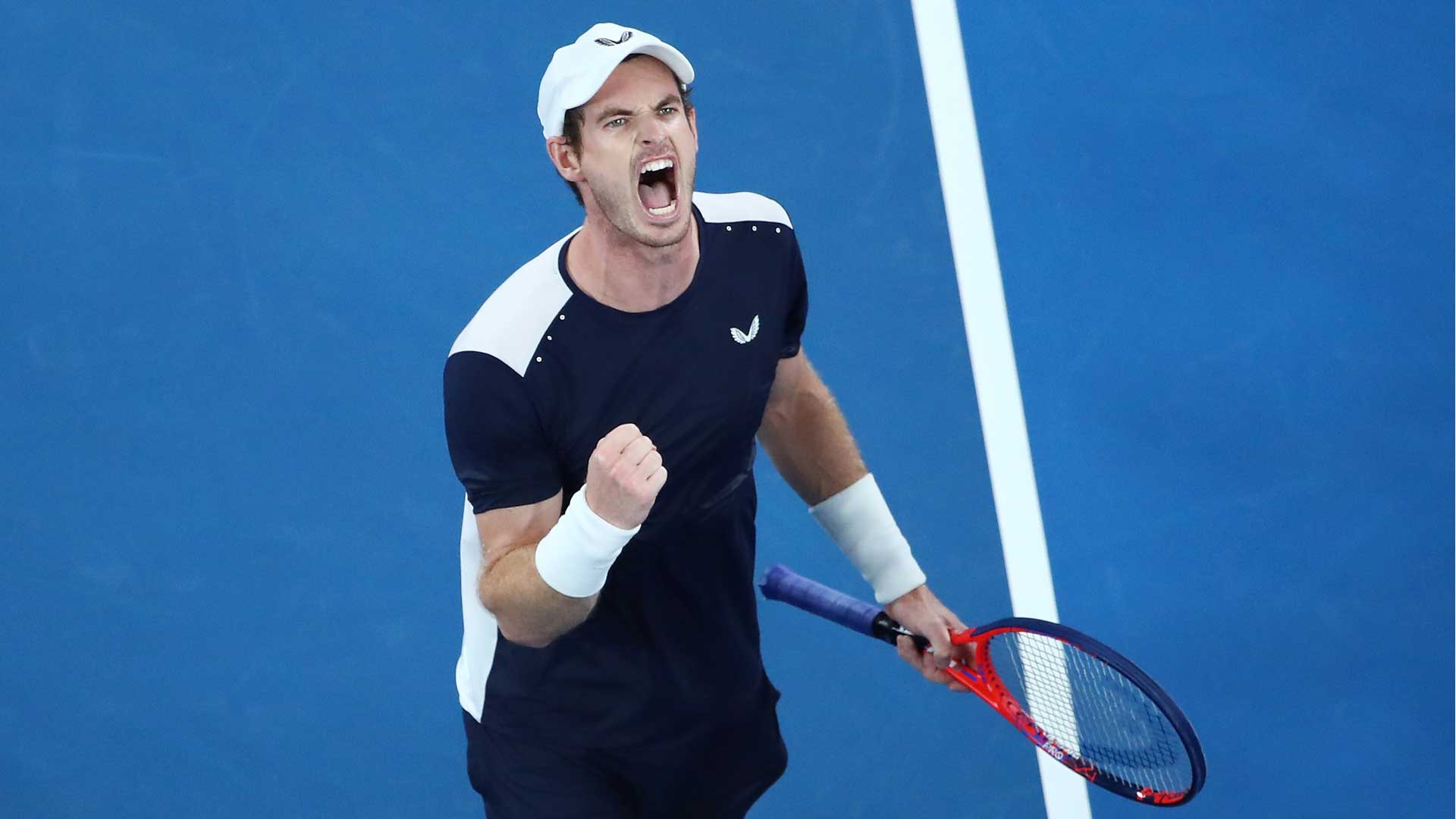 It’s a memory that Murray and fans around the world will remember forever. So if this was his final match, there is certainly nothing to be ashamed of. Murray acknowledged as much as he begins to ponder his next move: waiting to hang up his racquets at Wimbledon, or possibly undergoing another hip surgery to better his long-term quality of life.

“If today was my last match, look, it was a brilliant way to finish. That's something that I'll probably take into consideration, as well. It was an amazing atmosphere. I literally gave everything that I had on the court, fought as best as I could, and performed a lot better than what I should have done without the amount I've been able to practise and train,” Murray said. “I'd be okay with that being my last match.”

You May Also Like: Bautista Agut Overcomes Murray In Five-Set Thriller

Murray revealed in his post-match press conference that he has consulted former World No. 1 doubles player Bob Bryan, who earlier this month returned from a similar hip surgery to the one Murray may undergo. The Scot wanted to know how Bryan felt during different stages of his recovery to give him as much information as he can so he can decide on his future.

"Guys have done it before. Bob Bryan is doing it just now. Some other athletes have given it a go," Murray said. "There's no guarantees. That's the decision I have to make, that possibility of not having one more match by having the operation."

Murray underwent his first hip surgery last January, before returning later in the year for six tournaments. But when fellow players and coaches approached him to see how he was feeling, Murray never let on how much his hip still bothered him. That was until Friday’s announcement about his impending retirement, which led to a widespread show of sport from not just the tennis community, but people from all walks of life.

“You want to be positive and optimistic about things because you don't want to be telling your opponents, the guys you're competing against, how bad you're feeling,” Murray said. “That was the first time I kind of came out and let everyone know how bad it's been and tough. I felt a lot better after that. But obviously, the reaction, I was really surprised. I genuinely was not expecting it to be like that at all.”

After losing to Bautista Agut, Murray stepped back on the court to speak with commentator Mark Petchey, who coached Murray early on in his career. The pair, along with the crowd, watched a video montage with messages from some of the best players in the world — including Novak Djokovic, Rafael Nadal and Roger Federer — paying their respects to the five-time Australian Open runner-up.

“I think that's one of the things in many ways has been nice and something that I'll look back on. Although we've been extremely competitive with each other, played in big matches, all of the Slams and Olympics, things like that, I do think there is a genuine respect between all of those guys,” Murray said. “I'm sure when we finish, when we finish playing, we'll remain friends. That's important at the end of the day.”

If this was Murray’s last match, he’ll have finished his career with 45 tour-level titles, three Grand Slam trophies, two Olympic singles gold medals, a Nitto ATP Finals victory, a year-end No. 1 ATP Rankings finish in 2016 and plenty more. But when a reporter asked Murray in the early moments of Tuesday morning what he wants his legacy will be, the Scot didn’t mention his tangible accomplishments.

“I don't know what it will be, but I know that I did give my best to the sport. I tried as hard as I could. I practised hard. I trained hard,” Murray said. “I have tried my best.”