Jamie Murray and Bruno Soares improve to 9-1 on the season after a victory in Acapulco on Tuesday.

Jamie Murray and Bruno Soares began their quest for a third Acapulco title on Monday with a hard-fought 6-7(4), 6-2, 10-1 victory over Rohan Bopanna and Aisam-Ul-Haq Qureshi at the Abierto Mexicano Telcel presentado por HSBC. The 2017 and 2018 champions, who are now 9-1 on the 2021 season, could not convert one set point at 6-5, deciding point Deuce in the first set.

This year’s Great Ocean Road Open titlists will now challenge British brothers Ken Skupski and Neal Skupski, who defeated Diego Schwartzman and Joao Sousa 6-4, 7-6(7). The Skupskis recovered from 1-4 down in the second set and saved three set points at 4/6 and 6/7 in the second set tie-break. 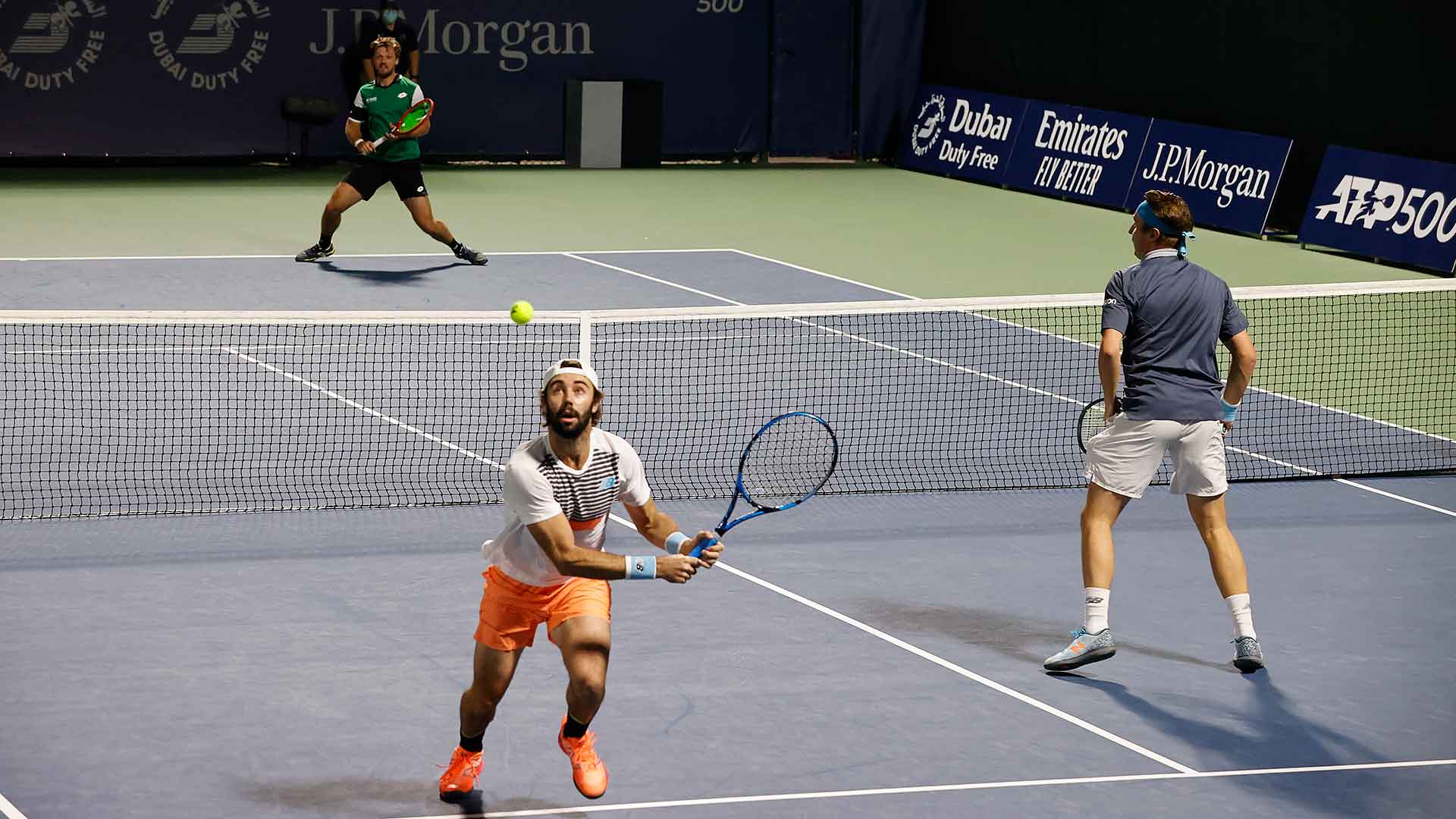 At the Dubai Duty Free Tennis Championships, Frenchmen Jeremy Chardy and Fabrice Martin saved one set point at 6/7 in the second tie-break en route to beating Marcus Daniell and Philipp Oswald 6-4, 7-6(7). Chardy and Martin will now look to record their second straight win over Croatians Nikola Mektic and Mate Pavic in the quarter-finals, having beaten the in-form second seeds at last week’s Qatar ExxonMobil Open.