Jamie Murray (right) and Bruno Soares move into the third round of the Australian Open without dropping a set.

Murray/Soares Sail Into Third Round In Melbourne

2016 champions Jamie Murray and Bruno Soares breezed into the third round at the Australian Open after a solid 6-1, 6-2 victory over Laslo Djere and Stefano Travaglia on Friday.

The pair recently kicked off the second chapter of their successful partnership with a run to the trophy at last week’s Great Ocean Road Open. It was their first tournament as a team since parting ways after 2019 Roland Garros, but Murray and Soares picked up where they left off to defeat top seeds Juan Sebastian Cabal and Robert Farah in the final.

You May Also Like: Cabal/Farah Save 1 M.P. In Melbourne Opener

The No. 6 seeds needed just 58 minutes to reel off 25 winners and surrender just four unforced errors in a dominant performance against Djere and Travaglia, who were competing in just their second tournament together. Murray and Soares took control of the points with strong serving, winning 84 per cent of points behind their first delivery. They faced only one break point, but Soares held their opponents at bay to seal their spot in the third round. 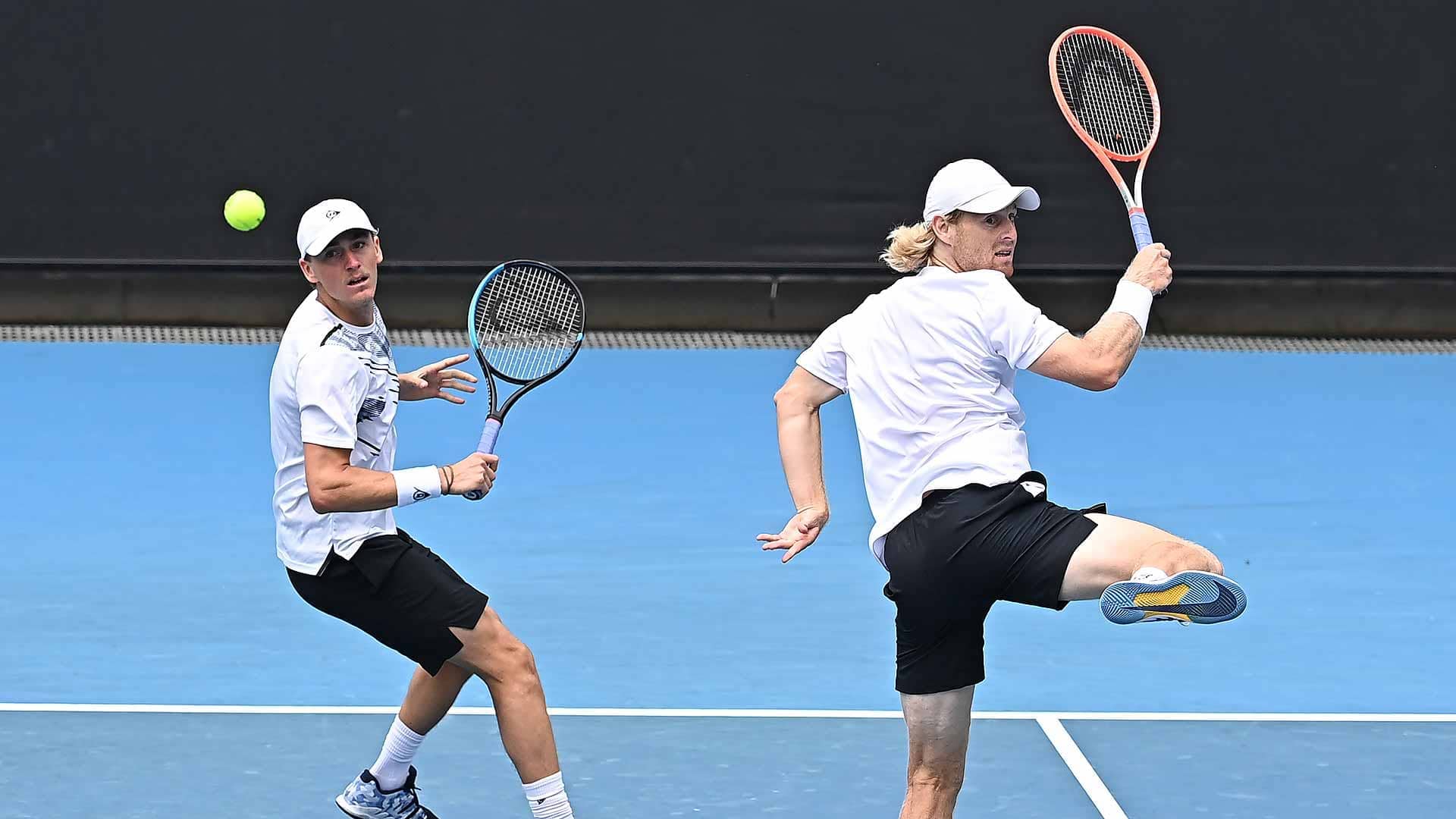 Also in action, wild cards Matthew Ebden and John-Patrick Smith sent ripples through the doubles draw as they knocked out 2020 finalists Max Purcell and Luke Saville (pictured below), the No. 15 seeds, in an all-Australian derby. Last year, Purcell and Saville delighted Melbourne with their surprise run to the championship match, becoming the first all-Aussie duo to reach that stage since 1998.

But they couldn’t reach that level against their countrymen Ebden and Smith, who combined for 22 winners en route to a 7-6(3), 6-4 upset. The wild cards kept it close during a tightly-contested opening set, edging through in the tie-break. In the second set, Ebden and Smith claimed the only break in the match to see off Purcell and Saville in an hour and 32 minutes. 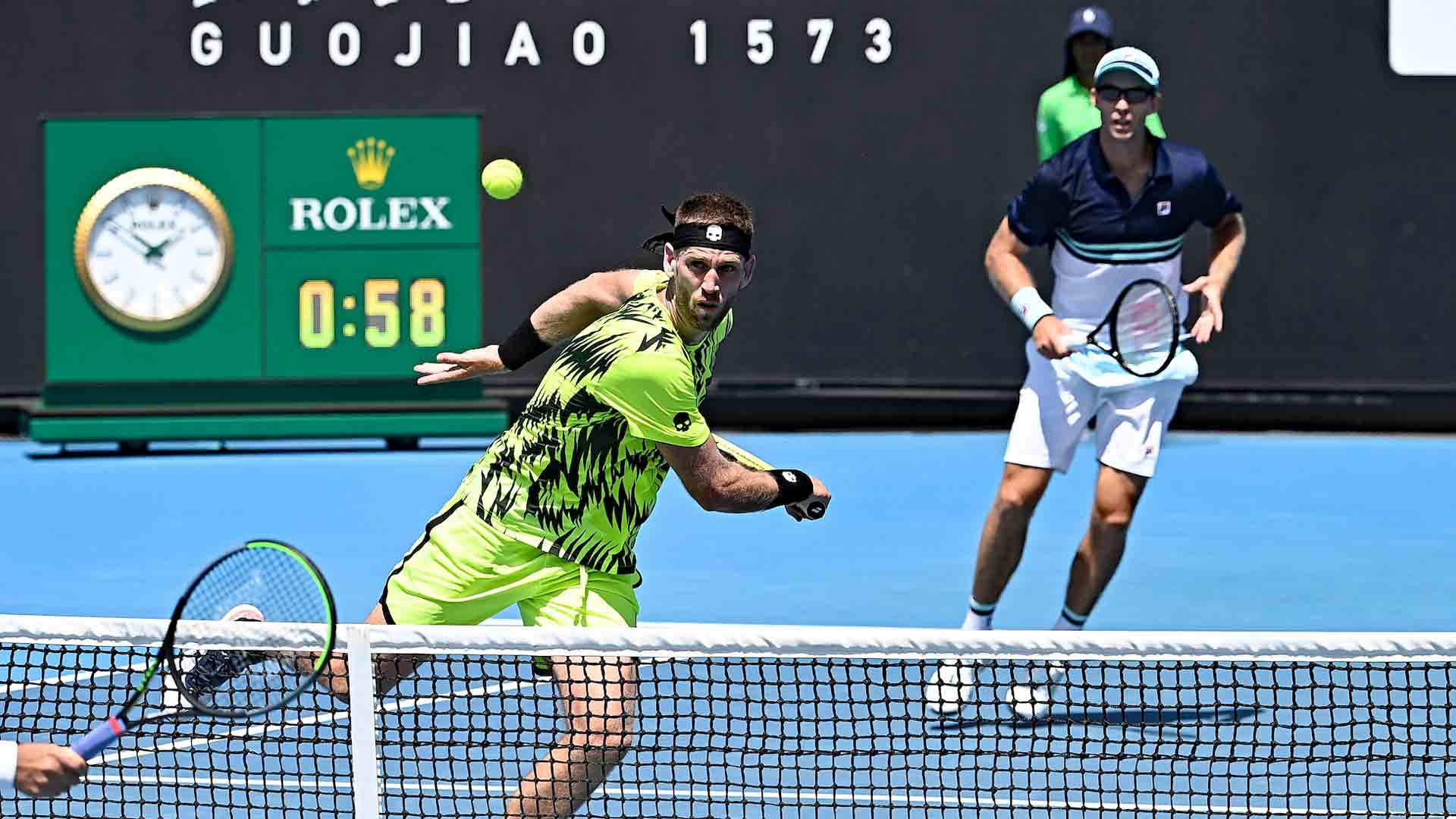 It was a banner day for the rest of the Australian duos, with No. 10 seeds John Peers and Michael Venus (pictured above) and wild cards James Duckworth and Marc Polmans advancing into the third round on Friday. Peers and Venus needed an hour and nine minutes to defeat South Korean wild cards Ji Sung Nam and Min-Kyu Song 6-4, 6-3. Duckworth and Polmans fought through a tight opening set before cruising against Ricardas Berankis and Mikhail Kukushkin 7-6(3), 6-2.