Bruno Soares and Jamie Murray, the fourth seeds, save seven of nine break points to advance to the second round at The Queen's Club.

The defending champions have won their opener at The Queen’s Club in each of their three appearances as a team. Three of their six victories at the event as a pair (6-1) have come in Match Tie-breaks. This year’s Acapulco titlists, who have lifted seven tour-level trophies together, next face Novak Djokovic/Stan Wawrinka or Tomas Berdych/Fernando Verdasco.

Murray, a home favourite, was not the only Brit to advance on the first day of action. Kyle Edmund and Neal Skupski earned their first-ever doubles victories at the tournament, beating Grigor Dimitrov and Ryan Harrison 3-6, 7-6(2), 10-3. 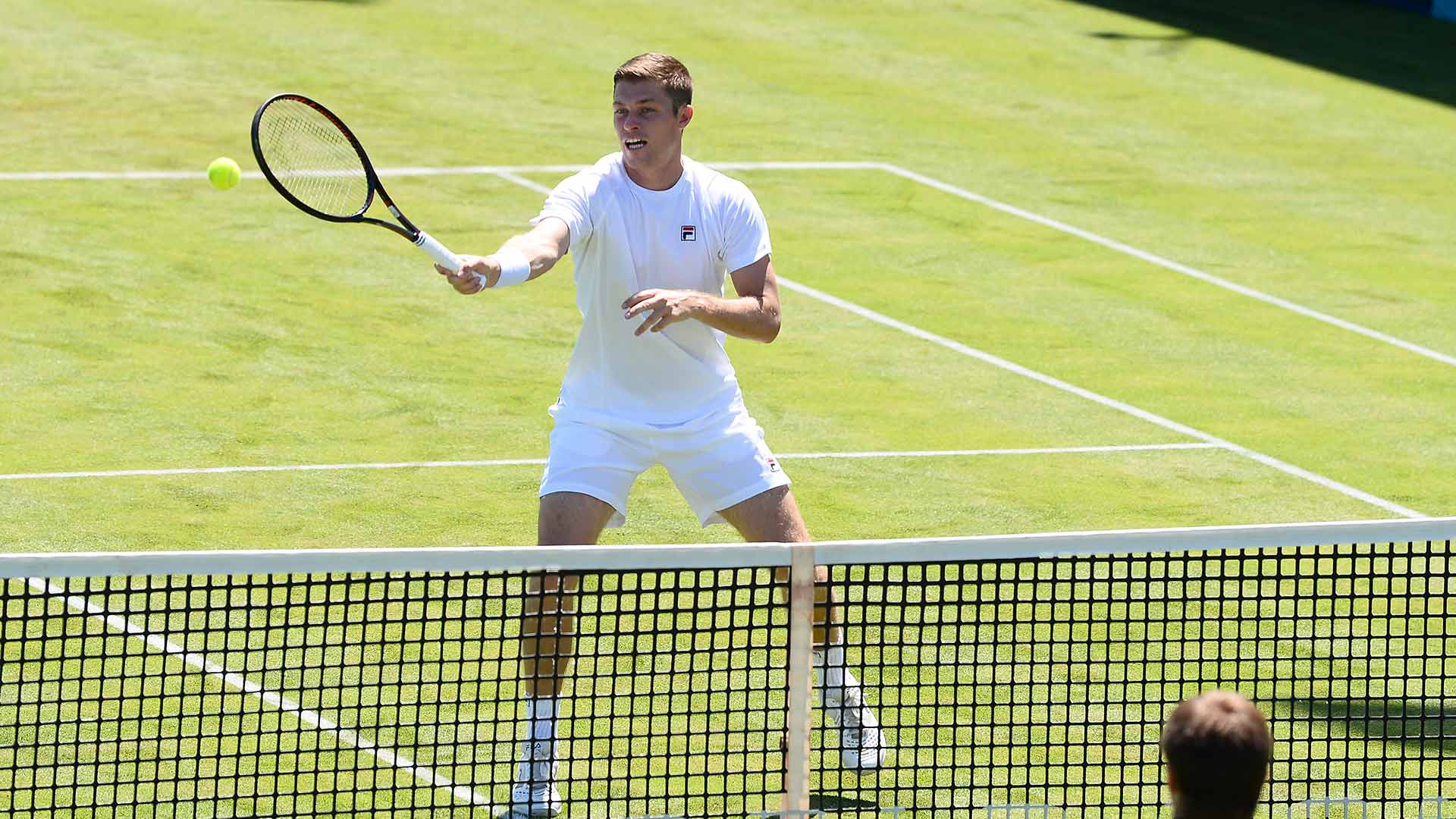 The Brits overcame a 0-3 deficit in the second set and saved one match point while serving at 5-6 before winning 18 of the match’s final 23 points.

Top seeds Oliver Marach and Mate Pavic also had to battle through a Match Tie-break, defeating Spaniards Felciiano Lopez and Marc Lopez 6-4, 6-7(5), 10-7. Marach/Pavic, who have won four tour-level titles this year will play Rohan Bopanna and Edouard Roger-Vasselin, who moved past Kevin Anderson and Julien Benneteau 6-3, 7-6(3).

Zverev Brothers Upset Third Seeds In Halle
Alexander Zverev and Mischa Zverev surprised No. 3 seeds Aisam-Ul-Haq Qureshi and Jean-Julien Rojer 6-7(7), 7-6(2), 10-8 at the Gerry Weber Open on Monday. The brothers brought a three-match losing streak as a pair to an end, advancing to face Raven Klaasen/Michael Venus or Tim Puetz/Jan-Lennard Struff.