Fernando Verdasco lost 13 of his first 14 clashes against Andy Murray. But on Tuesday evening in Cologne, the Spaniard earned his third consecutive victory against the former World No. 1.

The seven-time ATP Tour titlist overpowered Murray 6-4, 6-4 to reach the second round of the bett1HULKS Indoors. The 36-year-old will meet top seed and recent US Open finalist Alexander Zverev in the second round.

"This is a very important victory for me for many reasons," Verdasco said on court after his win. "Playing against a player like Andy, we have been playing together for all our careers. We've had really tough battles over the years. It's always a challenge and a motivation to play against someone like him. I'm very happy for that."

This is Verdasco's first win since the Australian Open, where he reached the third round (l. to A. Zverev). The World No. 62 used his big forehand to control play on the slow Cologne hard court, pushing Murray back and forcing him to defend.

Murray battled hard, earning two break points as Verdasco served for the first set and four break points as the lefty served for the match. The former World No. 7 was too solid on the evening, and he will now have a chance to earn his third ATP Head2Head victory against Zverev (Zverev leads their series 3-2).

"I will try my best. I will enjoy it and hopefully I will be able to play good and make a good performance," Verdasco said. "It's going to be a good match." 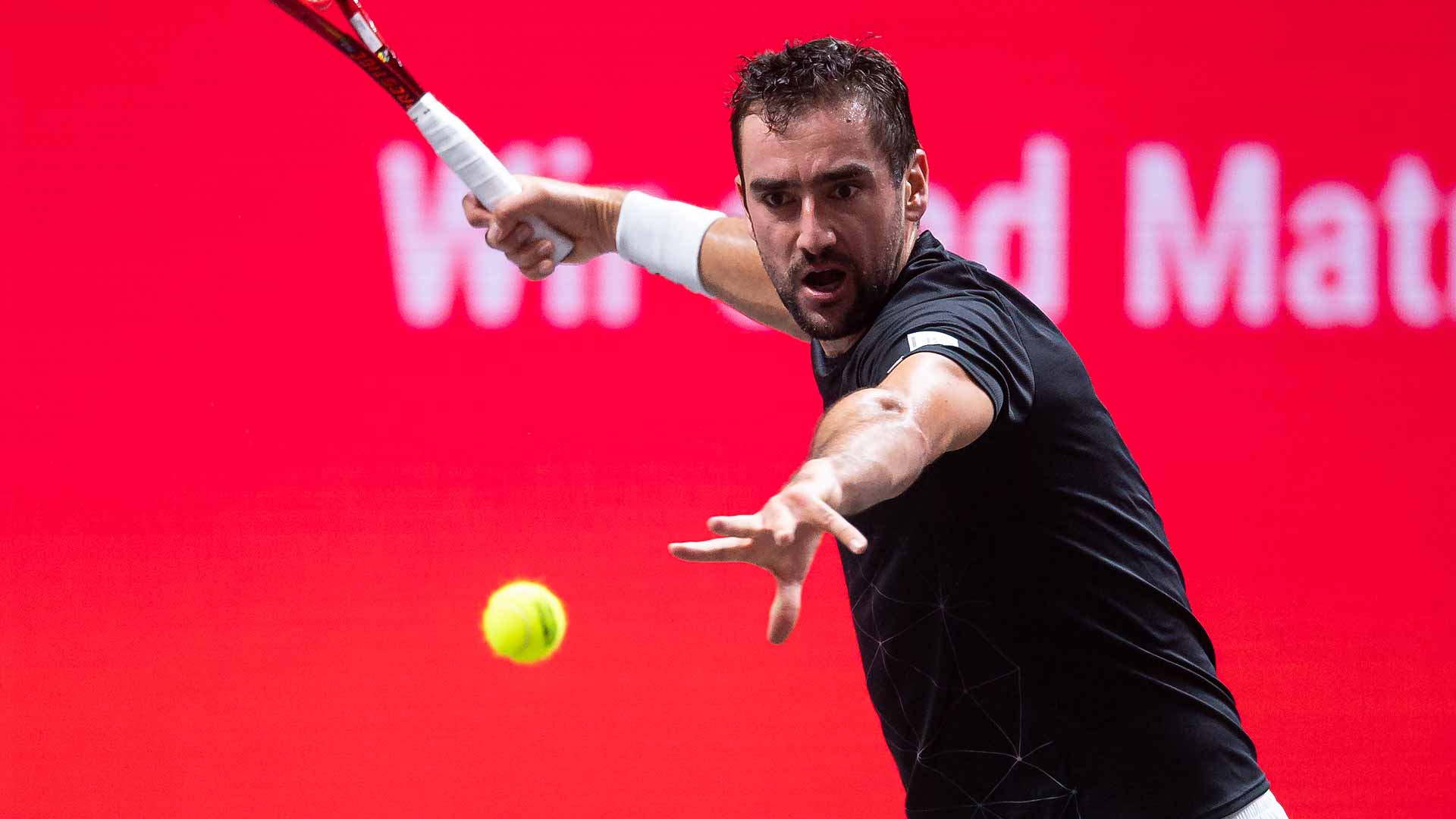 Photo Credit: bett1HULKS Indoors
Eighth seed Marin Cilic had to work hard in the first round of the bett1HULKS Indoors on Tuesday, battling past American lucky loser Marcos Giron 6-2, 4-6, 6-3 after two hours and 30 minutes.

The former World No. 3 hit nine aces, but he faced 18 break points. Cilic saved 15 of those chances in his Cologne triumph.

“He’s a very tough competitor. I’d never played him and he played really well today,” Cilic said on court after his win. “I had to really fight hard, especially in the third set. This surface is a bit slower than usual, so you have to work for every point and he’s a great runner at the back of the court. It was definitely a tough, tough match.”

Former World No. 6 Gilles Simon cruised past Marton Fucsovics, who made the fourth round at Roland Garros, 6-0, 6-3. The Frenchman triumphed after 75 minutes in a match that didn’t feature any aces or double faults. Simon will next challenge second seed Roberto Bautista Agut.