ATP Staff
This article contains:
Scot had not made it past the quarter-finals in singles since going under the knife

Early on in Sunday’s European Open final, it appeared that Andy Murray’s dream week would fall just short of a perfect ending. Former World No. 3 Stan Wawrinka was playing aggressive tennis from on top of the baseline, and Murray struggled to find an answer on his fourth consecutive day of singles action after three-setters in both the quarter-finals and semi-finals.

But the Scot showed his trademark grit — which once helped him climb to the top of the ATP Rankings — to rally past Wawrinka 3-6, 6-4, 6-4, triumphing in Antwerp to lift his first ATP Tour trophy since undergoing career-threatening hip surgery in January.

"It means a lot. The past few years have been extremely difficult. Both me and Stan have had a lot of injury problems in the past couple of years. Amazing to be back playing against him in a final like that. I think it was a great match," Murray said on court after his victory. "I didn't expect to be in this position at all, so I'm very happy."

This is Murray’s first title since 2017 Dubai, when he was the World No. 1. In the first six tournaments — at all levels — of his singles comeback, which started in Cincinnati this August, the Scot never advanced past the quarter-finals. But World No. 243 Murray improved as this ATP 250 event wore on to become the lowest-ranked ATP Tour champion since No. 355 Pablo Andujar in Marrakech last year.

With Wawrinka searching for his first title since undergoing two left knee surgeries in August 2017, both players showed that they are well on the way back to their best with captivating all-court play that thrilled the Belgian fans. But it was Murray who took a 12-8 lead in their FedEx ATP Head2Head series after triumphing in two hours and 27 minutes.

"Stan is a brilliant player. He's won many, many big tournaments. He always plays extremely well in the big matches," Murray said. "We know each other's games well. We played many tough matches in the past. I expected another one today and that was what I got."

Wawrinka broke serve immediately, pummelling a backhand passing shot so hard that Murray could not lift his racquet in time. And while the Scot earned two break opportunities at 0-2 to recover that break, Wawrinka maintained his lead. The Swiss’ powerful game pushed Murray well behind the baseline and kept the Scot from winning too many quick points, turning this into a physical encounter from the get-go. 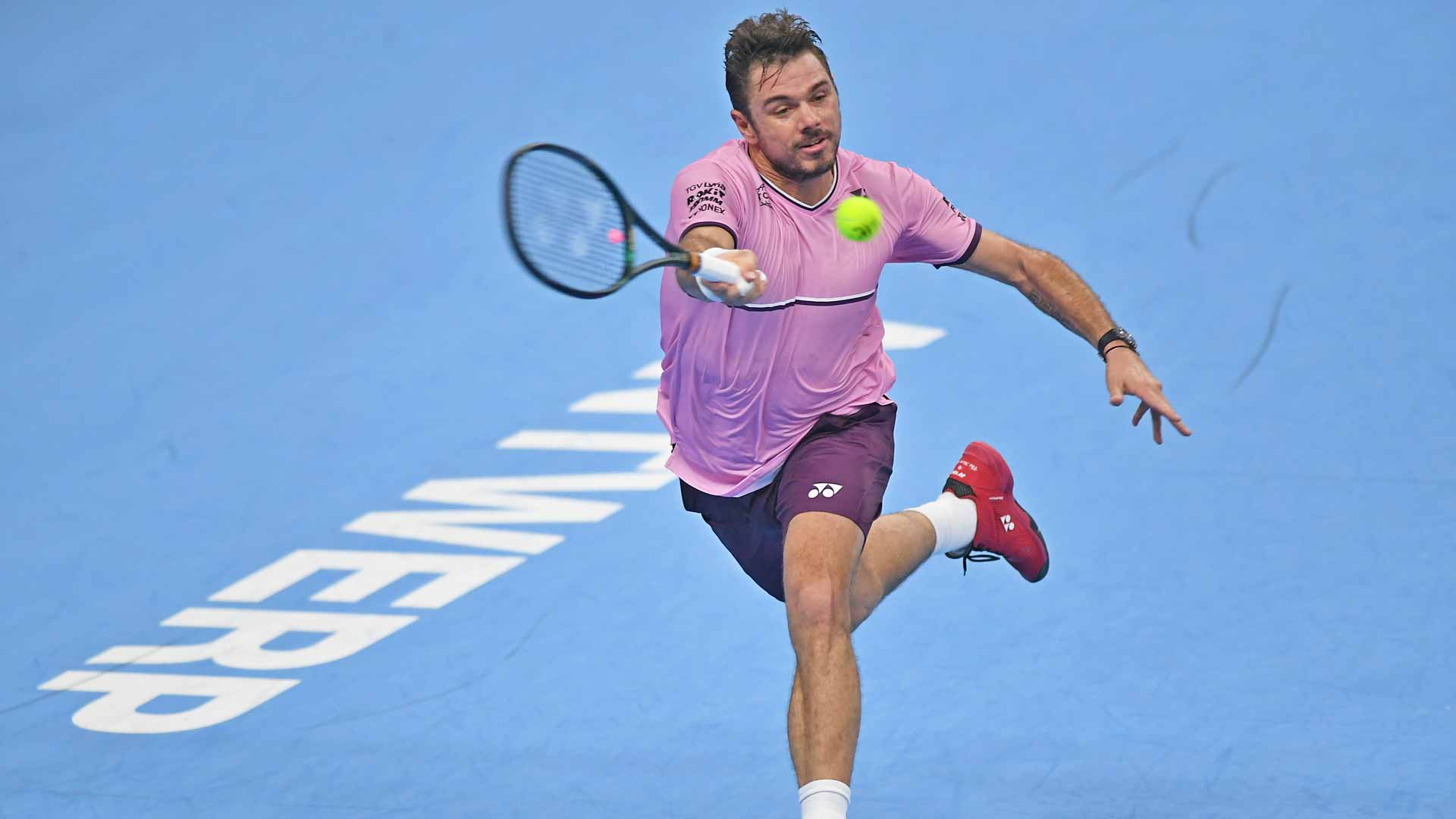 After breaking for a 2-1 lead in the second set, Wawrinka seemed well on his way to victory. But Murray dug deep and found another gear. Wawrinka saved two break points at 3-2, but he lashed a backhand down the line into the net, with Murray immediately letting out a massive roar. The Swiss was not surprised at all by Murray's fighting spirit.

"He's an amazing champion, he's part of the Big Four, he's one of the top players to every play this sport. He's won everything possible on the tennis court. He's a big champion, always a fighter," Wawrinka said. "He's coming back already from hip surgery. [To play] at that level, it's something amazing."

The 46-time tour-level titlist Murray came under pressure at 4-4, saving two break points that would have allowed Wawrinka to serve for the match. On the second one, a Murray running crosscourt forehand was called wide, but the call was overturned after a challenge, and he crushed another crosscourt forehand when they replayed the point to get out of trouble. Murray rode that momentum in the next game, breaking to force a decider.

"Stan was playing unbelievable. Stan was playing amazing tennis, hitting winners from all over the court," Murray said. "I just managed to hang in a bit at the end of the second set and then obviously the third set was extremely close again."

That was when the proverbial tug of war began. Four consecutive breaks from 1-1 in the third set did not necessarily come down to the weakness of the stars’ serves. Instead, it was both men refusing to let their opponent gain an edge, fist-pumping and letting rip roars of 'Let's go!' after every lengthy rally and key point.

Twice in the deciding set Wawrinka went up a break. But twice Murray battled back and immediately got back on serve, evening the match at 3-3 when the Swiss laced a backhand down the line just wide. And Murray clinched his victory with a fifth break in the match when Wawrinka missed a forehand wide.

This was the second time that Murray claimed an ATP Tour crown by winning his quarter-final, semi-final and championship match in a deciding set. The other instance was the 2016 Fever-Tree Championships.

"This is one of the biggest wins that I've had after everything," said Murray, who earns 250 ATP Ranking points and €109,590 in prize money. "I'm very proud of the win this week and I've enjoyed my time here."

Wawrinka fell just short in the end, but the 34-year-old has now produced two tremendous results in a row after making the US Open quarter-finals. The 16-time tour-level titlist does not add a trophy, but captures 150 ATP Ranking points and €59,255.

Did You Know?
This was just the second time that Wawrinka and Murray have met for a title. Murray was victorious at Doha in 2008, triumphing in three sets.