Former World No. 1 Andy Murray will face American Tennys Sandgren in the first round of the inaugural Zhuhai ATP 250 event.

Murray: 'I Don't Know How Far I'm Going To Get On My Comeback'

Andrew Eichenholz
This article contains:
Scot will face Sandgren for the second time in a month in the first round

Andy Murray has reached the highest highs that tennis has to offer, climbing to No. 1 in the ATP Rankings, winning 45 tour-level titles and plenty more. But now, eight months on from hip surgery, the 32-year-old is World No. 413, and he knows he has a long way to go to regain his best form.

“Physically I need to improve if I want to compete consistently at this level whereas, before, I was competing and I was uncomfortable, but I was still playing at quite a high level,” Murray said. “I don’t know how far I’m going to be able to get now on my comeback. I don’t know how much improving I still have to do or if I’m going to be able to. But I’m in no pain just now, so I might as well give it a shot and see how far I will go with the recovery.”

Murray starts a busy month at the inaugural Huajin Securities Zhuhai Championships, the first of four tournaments he will play in four weeks. After this event, the Scot will travel to Beijing, Shanghai and Antwerp to get in as many matches as he can just more than one month after Cincinnati, where he played his first singles match since his hip surgery.

“I think before two or three years ago, I wouldn’t have entered four tournaments in a row because I would have expected to do well in tournaments. Over here in China I’ve always played pretty well, so I wouldn’t have done that in the past. But the position I’m in now is different. I’m not playing at the same level as I was three years ago, and physically I still need to improve,” Murray said. “So between now and the end of the year, I need to play matches and I’m not guaranteed to win matches every single week and I could draw the top seeds in the first round.

“When I’m at the events I get good practice with top players, so my body is getting used to playing at this pace again and this level again… I’d like to try to get 12 to 15 matches between now and the end of the year so my body gets used to competing and playing matches consistently again. I hadn’t done that for two years. It’s been a really long time, so it takes time for your body to build up.” 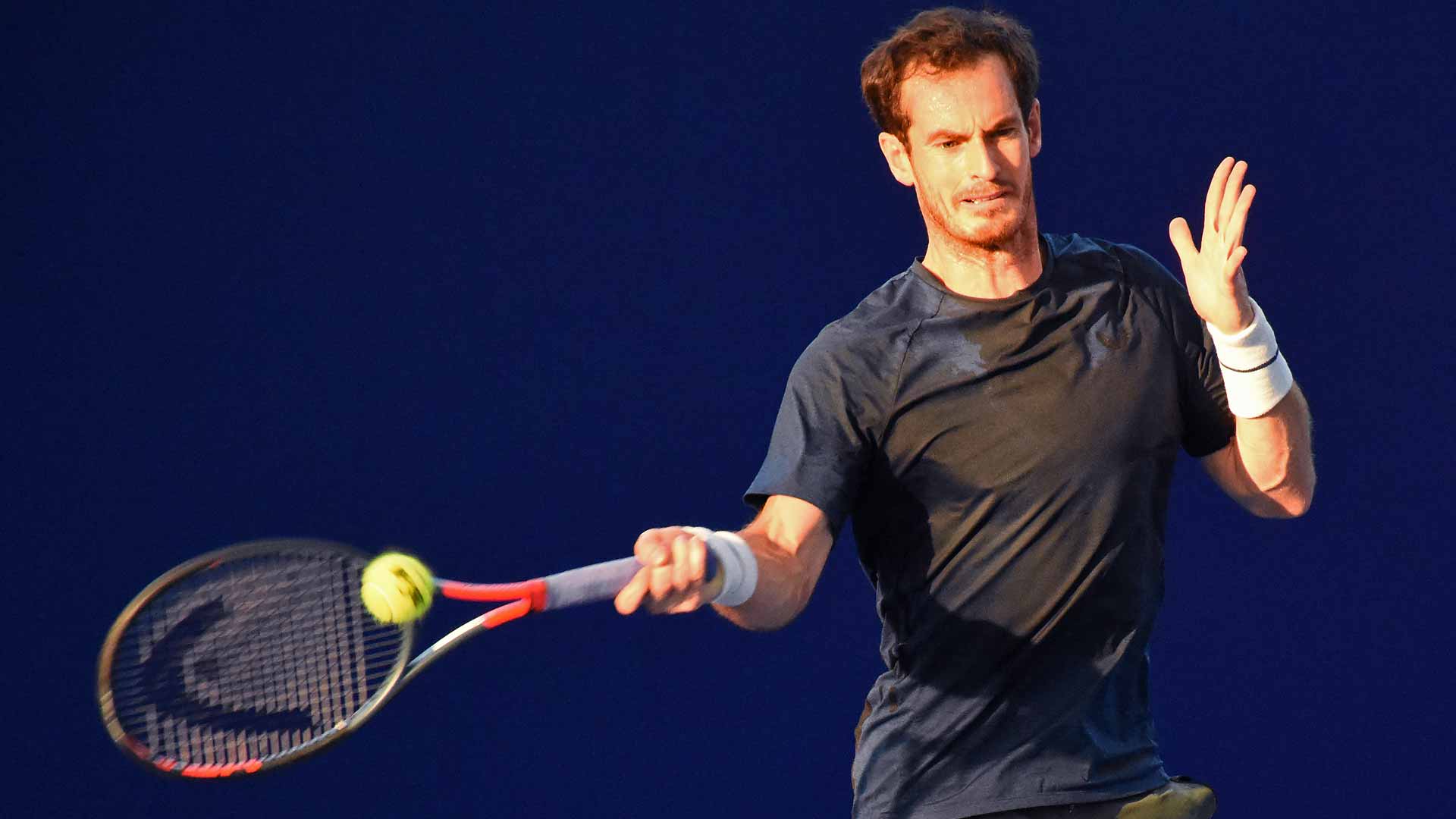 Results have not come easily for Murray since his singles return at the Western & Southern Open. Frenchman Richard Gasquet defeated him there in two sets before American Tennys Sandgren, his first-round opponent in Zhuhai, ousted him in straight sets at the Winston-Salem Open.

Murray then competed at an ATP Challenger Tour event for the first time since 2005, reaching the third round of the Rafa Nadal Open by Sotheby’s, held in Mallorca. The Scot showed his grit against Italian Matteo Viola — who went on to make the final — but ultimately fell in a final-set tie-break.

“The second match I played there was quite good. I beat a player ranked 120 in the world in two sets, which was a pretty good win. Then the third match, physically I struggled a lot in that match,” Murray said. “I felt like I was hitting the ball better in the matches [in Spain] than I did over in the States. In terms of that, that was positive.

“I think physically I still have a lot of improving to do if I want to get back to competing on the Tour at the highest level because it showed there that I wasn't quite ready to play many matches in a row.”

You May Also Like: Find Out Why De Minaur Cracked An Extra-Wide Smile At The Zhuhai Draw


Although this is the first edition of this ATP 250 event, Murray has long enjoyed success in China, where he has won five titles. Four of the Top 15 players in the ATP Rankings are in the draw in Zhuhai, a tournament Murray has taken a liking to before the first ball has even been struck.

“I really, really like it… it’s a really nice facility for the players. I think the centre court is a nice stadium, the gym, the food on site is really good. It’s very close to the courts. The hotel is obviously a very nice hotel that we get to stay at,” Murray said. “Here everything is very convenient. It's nice. I've liked it so far.”