ATP Staff
This article contains:
German rallies from a break down in both sets

It is not how you start, it’s how you finish, and Alexander Zverev did that well on Tuesday afternoon to eliminate former World No. 1 Andy Murray at the BNP Paribas Open.

Despite falling behind a break in both sets, the third seed overcame a game Murray 6-4, 7-6(4) to reach the fourth round in Indian Wells for the first time since 2016. The German will next play 14th seed Gael Monfils or two-time major finalist Kevin Anderson.

“He’s the only one of the Big Four that I hadn’t beaten yet, so I’m happy that I’ve done it today,” Zverev said in his on-court interview. “Obviously it was a fantastic match. I thought Andy played extremely well, maybe as well as he’s played since the surgery. I hope he continues playing the same way, because tennis did miss him for a long time and I think it’s good to have him back.”

Fourteen-time ATP Masters 1000 winner Murray played good tennis to back up his impressive second-round performance against #NextGenATP star Carlos Alcaraz. The Scot also had the full support of the Stadium 1 crowd, which roared for nearly every point he won.

But Zverev was simply too good. Despite patches of uncharacteristic play — including several mistakes at the net, especially with his overhead — the 2018 Nitto ATP Finals champion played his best tennis in critical moments to advance after two hours and eight minutes. 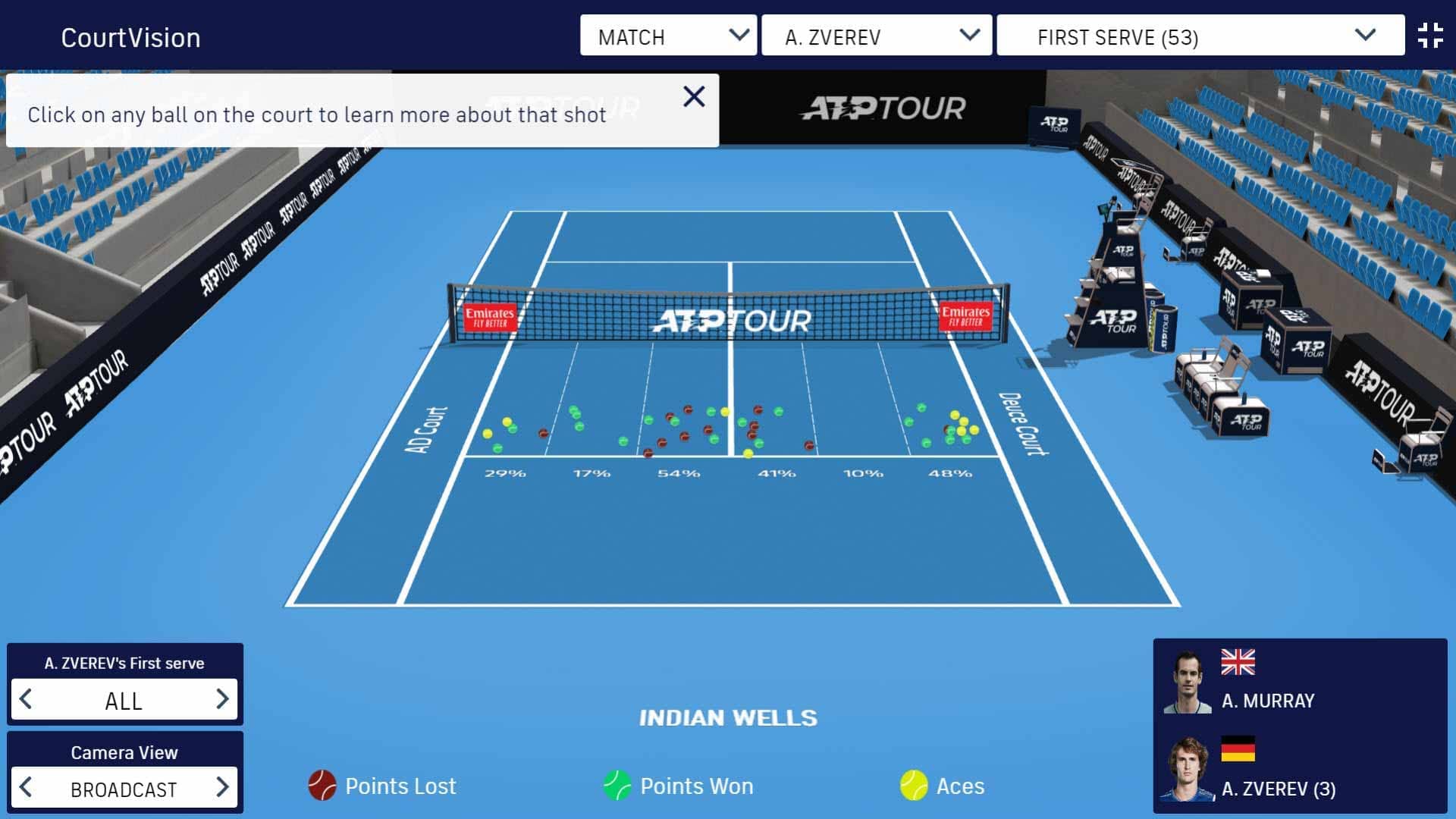 “I always stayed in the match, even though I was down a break in both sets. I always knew I had a chance. Especially the second set I think was an extremely high level from both of us. It could have gone both ways.”

Murray sprinted to the lead early in both sets, bringing energy to the court and taking advantage of openings given to him. But as both sets wore on, Zverev cut down on his mistakes and clawed through baseline rallies.

Despite failing to serve out the match at 6-5 in the second set, Zverev did not panic. He took advantage of a sloppy drop shot from Murray to start the tie-break and never looked back.

"The positive for me to take from it is I obviously had opportunities again. I mean, I guess that's positive. I didn't feel like I played a great match and still had chances, so that's positive," Murray said. "But yeah, I'm disappointed because I obviously want to be winning these matches. I haven't in the past few months."

Zverev has now won 19 of his past 20 matches, including runs to the gold medal at the Tokyo Olympics and the Western & Southern Open title in Cincinnati.