Read & Watch: Jamie Murray Claims 400th Win With Andy By His Side

Andy Murray broke down in tears last year at the Citi Open after a third-round singles win over Marius Copil that finished after 3:00 a.m. This year, the Brit returned to Washington and scored another victory on Wednesday under happier circumstances that also gave brother Jamie Murray his 400th tour-level doubles win.

The popular British pair won the last eight points of their first-round match to defeat Wimbledon finalists Nicolas Mahut and Edouard Roger-Vasselin 6-4, 6-7(7), 10-5. Their draw doesn't get any easier as they next face third seeds Raven Klaasen and Michael Venus, who defeated Roland Garros champions Kevin Krawietz and Andreas Mies 6-3, 3-6, 10-7.

“It was a good atmosphere. It felt like there were some good points and quick reactions out there,” said Andy. “I’m in a much better place than I was last year. Physically, I’m so much better now. To be competing again and pain-free is brilliant.”

Jamie has scored at least 35 tour-level wins in each of his past six seasons. The 33-year-old has won 23 tour-level doubles titles with six different partners, including the 2016 Australian Open and US Open (both w/Soares).

You May Also Like: Andy Murray: Doubles Now, Singles Soon

Murray/Murray earned the first break of the match at 5-4 in the opening set after Jamie laced a backhand winner between the Frenchmen. Both teams held serve throughout the second set to force a tie-break, but the British brothers were unable to convert two match points at 6/4. A forehand volley from Mahut erased a third match point at 7/6 and an aggressive backhand volley from Roger-Vasselin two points later brought their clash to a Match Tie-break.

It appeared the French duo would score an impressive comeback victory after a pair of return winners gave them a commanding 5/2 advantage. But Murray/Murray found a new gear and erased both mini-breaks against them, then unleashed four consecutive winners to set up four match points. A strong serve from Jamie wrapped up play after one hour and 52 minutes.

The Murray brothers were competing together for the first time since 2016 and in their first tour-level event as a team since 2013 Indian Wells. Their two ATP Tour doubles titles together came at 2010 Valencia (d. Bhupathi/Mirnyi) and 2011 Tokyo (d. Cermak/Polasek). Jamie prevailed at this event last year with Bruno Soares (d. M. Bryan/Roger-Vasselin).

The winner between Murray/Murray and Klaasen/Venus will face second seeds Lukasz Kubot and Marcelo Melo, who won the lone quarter-final of the day over Matthew Ebden and Nicholas Monroe 6-2, 5-7, 10-2. On Monday, Melo earned the 500th doubles win of his career.

Jean-Julien Rojer and Horia Tecau moved into the last eight over fourth seeds Mate Pavic and Bruno Soares 7-6(9), 2-6, 10-7. The 2014 champions saved three set points in the first-set tie-break en route to prevailing in one hour and 42 minutes. Next up for Rojer/Tecau are four-time Washington champions Bob Bryan and Mike Bryan, who defeated Treat Huey and Denis Kudla 6-4, 2-6, 10-5. 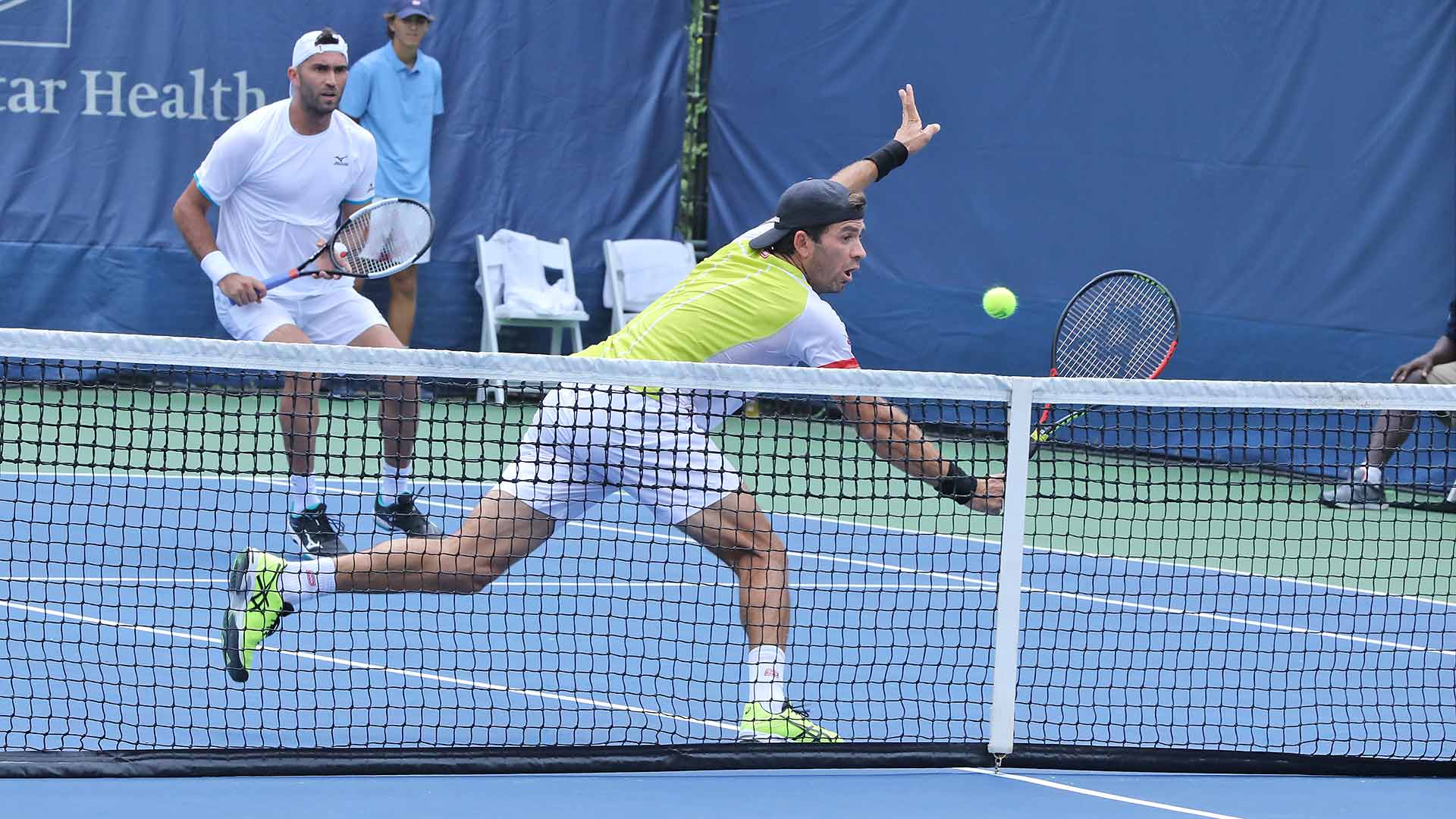